HOME COMMENTARIES Malaysia’s New Lockdown – But Where Is the Help for the People?

It is puzzling that the Prime Minister neglects to give assurance that relief will be delivered, if necessary, during this lockdown. Perhaps his government genuinely believes that the broader scope of essential services, along with stimulus programmes introduced in Budget 2021, will translate into a minimal downturn.

With Covid-19 raging across swathes of the country, Malaysia is going into lockdown mode, this time armed with some combat experience from its battle with the coronavirus in 2020.

In a national address on 11 January, Prime Minister Muhyiddin Yassin announced the imposition of a new Movement Control Order (MCO) in five states and the federal territories, which includes Kuala Lumpur. The areas affected by the MCO – which took effect as of Wednesday – account for close to 70 per cent of the nation’s GDP. Residents in MCO areas must work from home with the exception of employees in essential industries, and can leave the house only for exercise or to purchase groceries – which in turn must be within a 10km radius of their residence. Less severe Conditional MCO or Recovery MCO regimes apply to the country’s eight other states.

The implementation of the MCO comes as no surprise. Covid-19 infections have surged in recent weeks, eliciting calls for more aggressive social distancing and limits on physical gatherings. On 12 January 2021, Malaysia recorded the highest single-day increase in new cases with an additional 3,309 cases. The cumulative Covid-19 case count is fast approaching the 150,000 mark.

Muhyiddin’s speech stressed the urgency of averting a health crisis, spelling out in grave terms that Malaysia’s “health system is under tremendous pressure now, [more] than at any other time since the start of the pandemic”. The Prime Minister pressed the case that “unprecedented times call for unprecedented measures”.

Of course, the pandemic has reached an unprecedented scale, but Malaysia’s first MCO actually set some precedents and served up lessons, some of which appear to be heeded. This time, the government chose to adopt a more targeted, state-by-state approach, rather than nationwide as it did last year. A broader range of “essential services” can continue to operate, subject to limits on managerial presence in offices, distancing among general staff, and various Standard Operating Procedures (SOPs). In broadening the slate of essential services to include manufacturing and major infrastructure projects, the government has responded to concerns raised by business associations to mitigate the adverse economic impacts of a lockdown.

Oddly, Muhyiddin omitted any mention of economic relief. In hindsight, social assistance, especially the wage subsidy and cash handouts of up to RM1,600 per household, provided a substantial buffer for households and businesses against economic hardship during last year’s MCO.

That MCO announcement of 18 March, which was unprecedented, did not yet include economic stimulus, but the massive RM 250 billion Prihatin package kicked in ten days after the MCO, followed by additional assistance to small and medium enterprises (SMEs) a week later.

While essential services are permitted to operate, a large number of businesses will still be shuttered or squeezed, and the economic slowdown will ripple through the economy more broadly.

It is puzzling that the Prime Minister has neglected to give assurances that relief will be delivered, if necessary, during this lockdown. Perhaps his government is waiting to see how bad things get before responding, or it genuinely believes that the broader scope of essential services, along with new stimulus programmes introduced in Budget 2021, will translate into a less severe downturn. But those programmes were designed with recovery and job creation in mind and economic recovery under way.

While essential services are permitted to operate, a large number of businesses will still be shuttered or squeezed, and the economic slowdown will ripple through the economy more broadly. Health director-general Noor Hisham Abdullah commented on 13 January that single-day new infection numbers are unlikely to drop significantly during the two weeks MCO. He added that a four-week MCO may be required before daily new cases drop below 1,000. His statement signals that the recently implemented MCO may be extended into February, and perhaps even beyond.

Bewilderingly, the emergency that was proclaimed on 12 January extend not until the end of January, but 1 August (or earlier, if the pandemic can be controlled).

The employment situation in Malaysia remains precarious and the absence of large-scale wage subsidies may further exacerbate unemployment figures in light of the new lockdown measures. The general wage subsidy, implemented from April to December 2020 as part of the Covid-19 stimulus package, benefited 3.64 million workers and 322,000 employers as firms avoided massive layoffs. However, the programme was scaled-down starting January 2021 and is restricted to the tourism and retail sectors moving forward.

Even before the implementation of MCO this month, unemployment figures have shown an uptick in recent months. Unemployment figures rose from 3.2 per cent in January 2020 to a high of 5.3 per cent in May as the country entered lockdown. With the implementation of general wage subsidies and the gradual lifting of lockdown, the figures improved to 4.6 per cent in September 2020. However, since October there has been an uptick with the latest November figures at 4.8 per cent. In absolute terms, the number of unemployed Malaysians increased from 738,000 in September to 764,000 in November.

Measures to protect jobs and incomes, especially the wage subsidy, emphatically warrant at least some pre-planning. We already hear cries for such help, including calls from the Malaysian Employers Federation.

The more targeted approach compared to the first MCO in March 2020 reflects the benefits of hindsight, but the scarcity of plans to assist households and businesses potentially hit by economic contraction betrays a perplexing lack of foresight. This is a quality that the Muhyiddin administration should have; if it does not, it had better acquire soon. 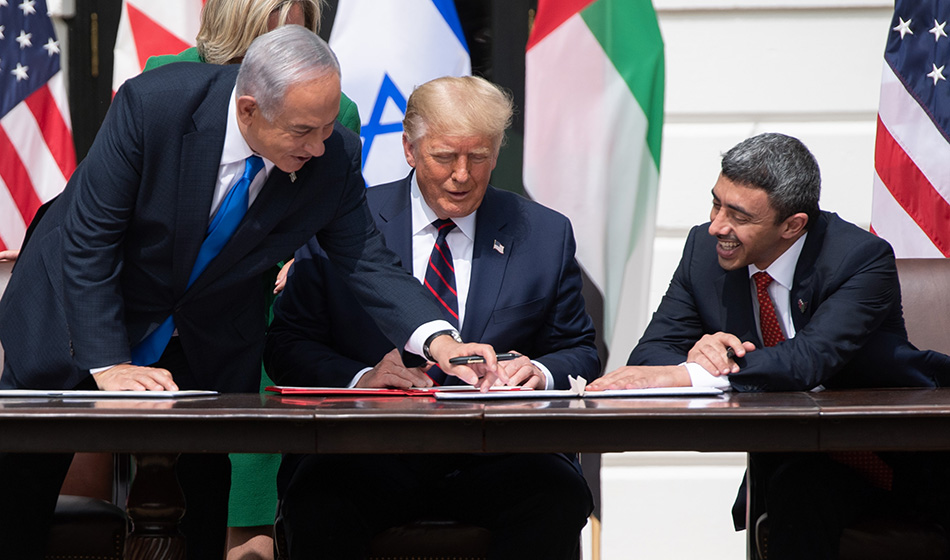 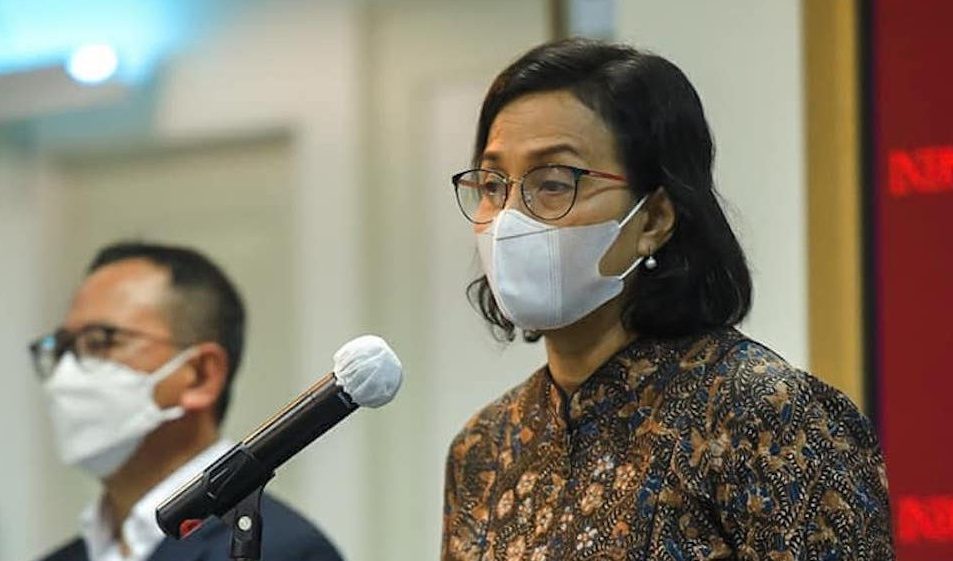 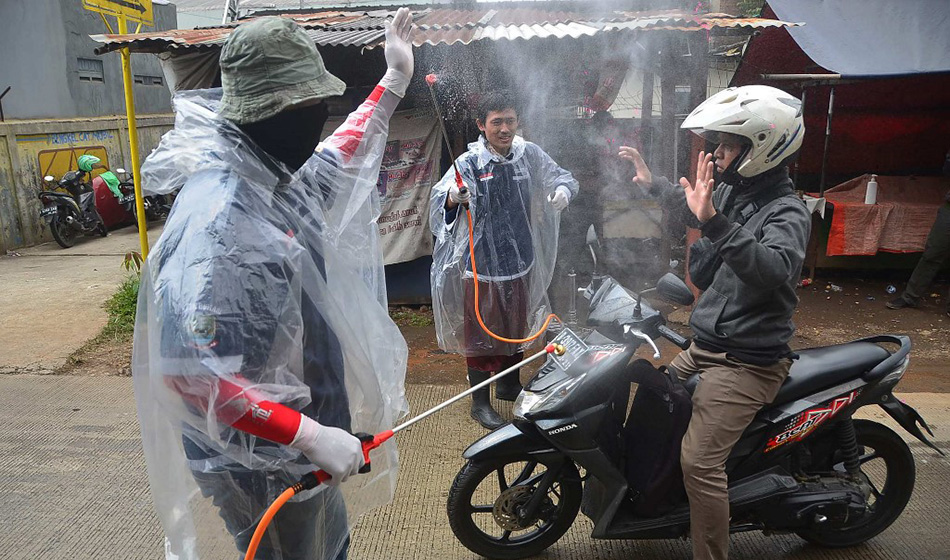 Covid-19 and Indonesia: Not Quite a Lockdown