Massive flooding across eight states of Malaysia caused the evacuation of over 130,000 people from mid-December to early January. Economic losses of the deluge, which affected 50 districts, amount to an estimated RM6.5 billion. Two and a half months later, floods struck again in the East Coast states of Kelantan and Terengganu. 12,000 people have been evacuated and two fatalities identified: a 70-year-old man and a 4-year-old pre-schooler.

The Environment and Water Ministry’s top official described the drowning of Kuala Lumpur as a once-in-a-century event. While Malaysia’s capital has historically received annual rainfall of 2,400mm, measuring stations in the city registered 1,141mm on one fateful day, 18 December 2021. This volume far exceeded the usual monthly rainfall. Meanwhile, the latest floods in Kelantan, a state familiar with such adversities, are considered the worst in 40 years.

Has catastrophic flooding become a new normal? Recent incidents in China and Germany exposed the countries’ disaster vulnerability and amplified the alarm that heavy rainfall is increasingly an outcome of climate change. The Intergovernmental Panel on Climate Change’s 2022 latest report also reiterates that global warming intensifies typhoons and influences water variables such as rainfall, resulting in unusual flooding.

The unprecedented disasters at Malaysia’s doorstep issue a clarion call for the country to recalibrate its responses, as well as its preparedness to face more complex risks in the future. Extreme weather events elsewhere can provide information for modelling the probability and severity of such occurrences, but disaster forecasting is subjected to multiple variables and has its limitations. Malaysia must focus on mitigation and adaptation, including three bold and decisive steps involving climate change law, flood risk insurance, and relocation from flood-prone areas.

Malaysia has a comprehensive top-down administrative framework for flood management. Disaster Management Committees under the National Security Council are well established across federal, state, and local governments, and serve as the main units issuing instructions during floods. Nevertheless, such mechanisms are usually reactive and primarily focused on coordination efforts when disasters happen.

A climate change act can gear up the executive power of government bodies, notably the Climate Change Action Council under the Ministry of Environment and Water, which at present merely issues policy directives and clearly lacks authority and capacity. With stronger legal mandates, climate-related authorities can institutionalise their planning in a more sustainable and impactful manner. A comprehensive legal basis can also ensure policy compliance and substantial participation among the stakeholders, enabling Malaysia to consolidate climate disaster mitigation and adaptation initiatives, like setting up a climate fund, increasing carbon sinks, and facilitating the transition to cleaner energy.

4.8 million Malaysians still live in flood-prone areas, but many are not insured against flood risk. This under-insurance deprives households of a crucial protective instrument. Vulnerable communities can especially benefit from spreading the flood risk and contractual compensation for disaster losses. However, the take-up rate is low in Malaysia, due to high insurance premiums for flood-prone areas, and lack of risk awareness in general.

A climate change act can gear up the executive power of government bodies, notably the Climate Change Action Council, which at present merely issues policy directives and clearly lacks authority and capacity.

The government should consider a national flood insurance scheme to cover people against flood damage. As a risk pooling tool, insurance is far more effective and sustainable than post-disaster assistance, as the in-kind assistance is usually constrained by the status of government coffers. Private donations and volunteer initiatives can be effective in providing immediate relief, but are inadequate for repair and reconstruction on a mass scale.

Through collaboration with commercial insurance companies and property developers, an affordable subsidised premium can be introduced to encourage more families to insure their housing. Moreover, a more structured scheme, with contractual obligation and cross-subsidisation among the insurers – premiums charged to lower-risk homeowners to cover and compensate losses of higher-risk homeowners – can form a sustainable social safety net that mitigates the economic losses of flood victims.

Sadly, many neighbourhoods cannot escape from the disaster cycle. The author has personally seen the same households, from one flood to another, sheltering at the same relief centres. In view of the unceasing plight of various communities, relocation must seriously be considered as an effective and lasting solution. Some may argue that relocation is unpopular due to the alien surroundings of a new place, and it is a costly strategy. Families feel rooted in the existing communities and may think that emergency relief will suffice to get them through the next disaster.

Nevertheless, living in a flood-prone area can be highly disruptive for socioeconomic development, posing adverse implications, especially for the younger generations. Through collaborating with private housing developers, the government and market can offer viable relocation to flood-free zones, possibly through buy-back and even rent-to-own models for those who are financially constrained.

As the waters of the December 2021 and February 2022 floods recede, the nation will be wise to surge ahead with mitigation and adaptation measures before disaster strikes again. 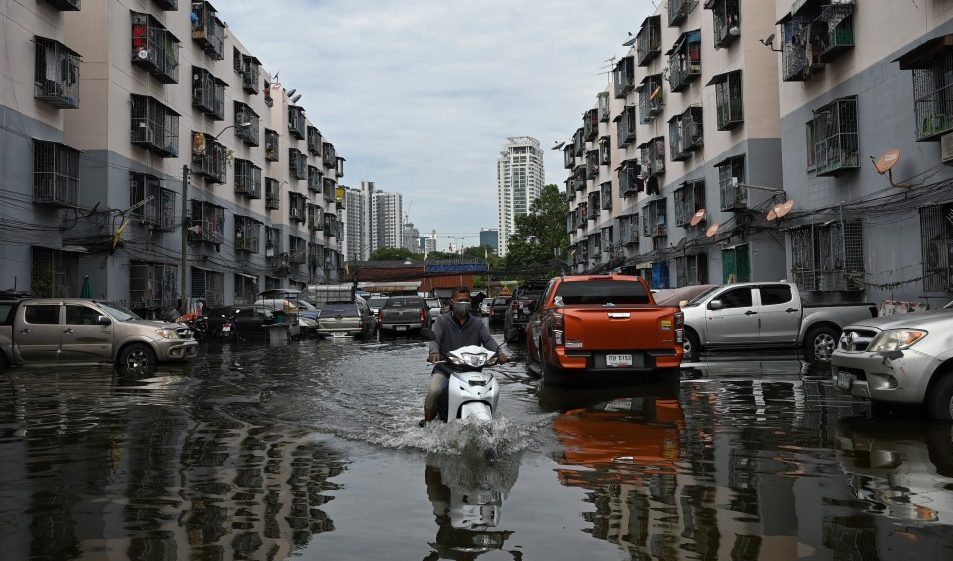