Manila’s decision to withdraw from the 1998 Visiting Forces Agreement with the United States will benefit China and Russia. Russia’s attempt to cozy up to the Philippines, however, might not be wholly welcomed by Beijing.

If Washington and Manila cannot reach a compromise by 9 August 2020, the abrogation of the 1998 Visiting Forces Agreement (VFA) will be welcomed with alacrity by both China and Russia. Both countries oppose US global primacy and seek to undermine America’s constellation of military alliances that help sustain it.

The main beneficiary of President Rodrigo Duterte’s decision to terminate the agreement will be China. The VFA is the operating software of the 1951 US-Philippines Mutual Defense Treaty, and without it US military personnel cannot operate legally in the Philippines. A reduced US military presence in the Philippines – no more joint exercises, ship visits and capacity-building support for the Philippine military – will give China a much freer hand to push its territorial and maritime jurisdictional claims in the Philippines’ exclusive economic zone (EEZ). In the worst-case scenario, China could transform Philippine-claimed Scarborough Shoal into an artificial island on which to build a large military base.

VFA withdrawal will benefit Beijing and Moscow, and serve to lure Manila a step further from Uncle Sam’s orbit

Russia’s strategic gains will not be as great as China’s, but important nevertheless. According to press reports, Russia and the Philippines are hurriedly negotiating a bilateral defence cooperation agreement that will provide a legal framework for joint exercises between the two countries’ armed forces. Thus far, military cooperation between Russia and the Philippines has been restricted to naval port calls.

The agreement might also lead to the establishment of a joint defence production facility in the Philippines for the manufacture of Russian-designed light arms such as the world-famous Kalashnikov assault rifle. This appears to be Moscow’s counterpoint to Washington’s 2016 decision to halt the sale of up to 27,000 M4 assault rifles to the Philippine National Police over human rights concerns. To accentuate the point, Russian envoy Igor Khovaev said that arrangement will have “no political conditions”, and that Moscow would “never teach anyone human rights”. The deal may also pave the way for major Russian defence sales to the Philippines. In January, Manila agreed to purchase 12 Mi-17 military transport helicopters from Russia. Moscow is keen to build on this success, and has offered to sell Manila a range of defence equipment, including submarines (in August 2019, Duterte gave the green light for the Philippine Navy to acquire two submarines).

Duterte also wants Russia to play a role in the Philippines’ energy sector. When Duterte visited Moscow in October 2019, he met Igor Sechin, the chief executive officer of Russia’s state-owned oil company Rosneft and a close ally of President Vladimir Putin, and extended an invitation to participate in the country’s offshore oil and gas sector in the South China Sea. Later the same month, officials from Rosneft travelled to Manila to discuss energy cooperation with the Department of Energy.

Although China and Russia have bolstered their strategic partnership in recent years, closer Russia-Philippine relations may not be fully in alignment with China’s interests. China’s military prowess far outmatches that of the Philippines. According to the International Institute for Strategic Studies, Beijing spent US$168.2 billion on defence in 2018, compared to the Philippines’ paltry US$2.7 billion. Still, Beijing would not want to see Russia furnishing the Philippine military with offensive weaponry that a post-Duterte government could use against it in the South China Sea. For China, the sale of Russian small arms is strategically insignificant. But submarines represent a different proposition. Although China grudgingly tolerates Russia’s decades-long defence relationship with Vietnam – Moscow has sold fighter aircraft, submarines, missiles and surface ships to Hanoi – it may look askance at the budding Russia-Philippines arms nexus. One can expect Beijing to try to thwart it by offering Manila its own weapon systems that will be significantly cheaper than Russian kit. China has used this tactic successfully with Thailand when it undercut Russia on price for the sale of three Type 039 Yuan-class diesel-electric submarines and 50 VT4 main battle tanks.

Nor is China likely to be enthusiastic about a major role for Russian energy companies in the Philippines’ EEZ. Again, China has tolerated Russia’s longstanding commercial operations in Vietnam’s oil and gas fields in the South China Sea, though the presence of Chinese survey ships at Vanguard Bank – near where Rosneft is drilling for oil – between May to October 2019 may be an indication that its tolerance is wearing thin. China will not welcome Rosneft in the Philippines’ EEZ because it believes it has the right to exploit all the resources that fall inside its expansive nine-dash line. In November 2018, when President Xi Jinping visited the Philippines, the two sides agreed to undertake joint exploration in the South China Sea – presumably at Reed Bank which is in the Philippines’ EEZ but also inside the nine-dash line. China has made its position clear on the issue of joint exploration. In the Single Draft Negotiating Text for a Code of Conduct for the South China Sea, Beijing included a provision that would limit joint development projects in the sea to Southeast Asian and Chinese companies while excluding foreign energy corporations such as Rosneft.

The argument above is moot if there is actually some level of coordination between China and Russia with regard to the Philippines. As of now, however, no one really knows. What is certain is that the VFA withdrawal will benefit Beijing and Moscow, and serve to lure Manila a step further from Uncle Sam’s orbit. Coordination or not, neither the aforesaid arms sales nor energy projects are likely to derail the Sino-Russian strategic alignment. But as the case of the Philippines demonstrates, although Moscow and Beijing’s geostrategic interests are largely in alignment, sometimes their self-interests diverge. 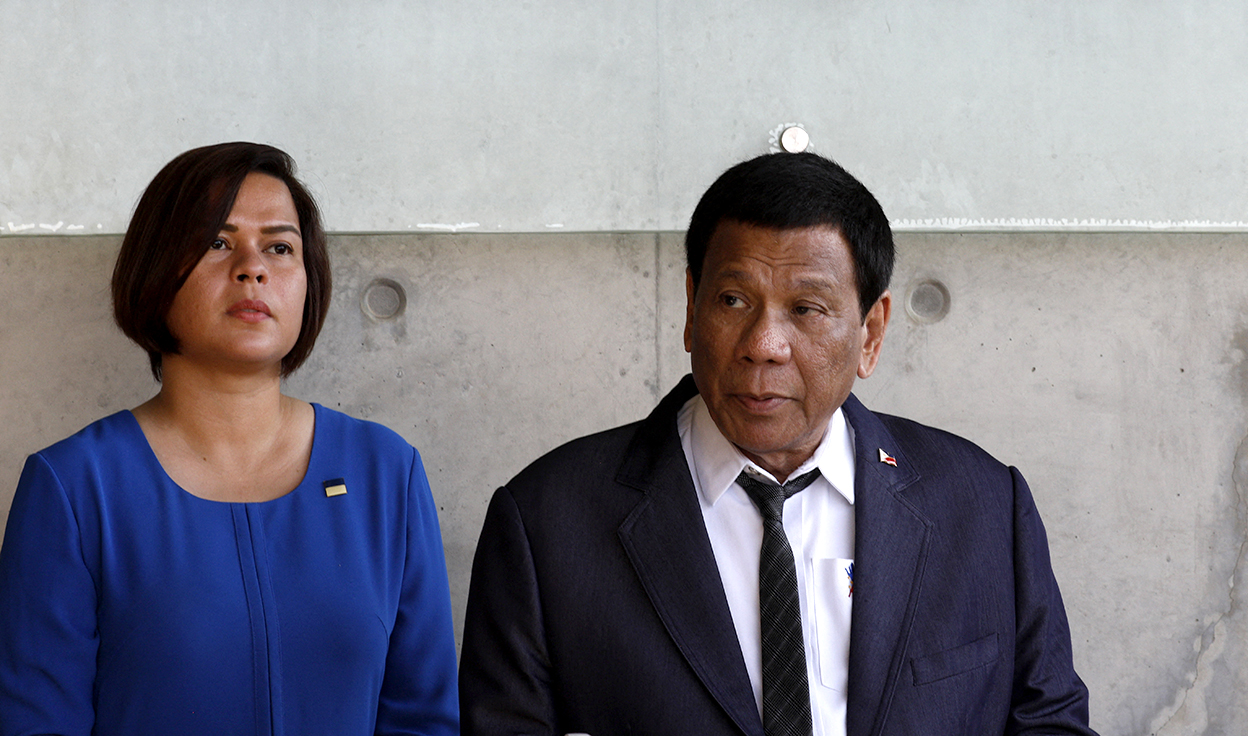 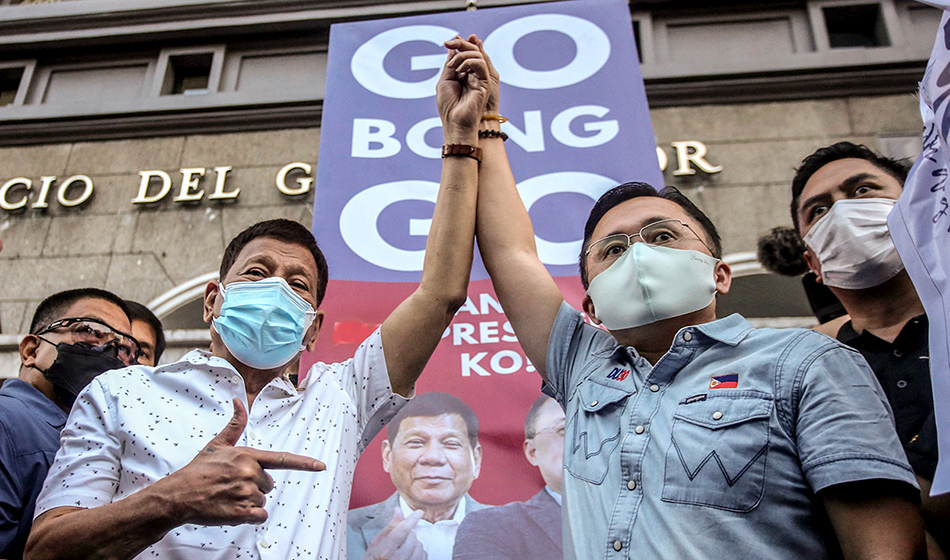 A Game of Musical Thrones: Candidate Substitutions and Withdrawals in the 2022 Philippine Elections 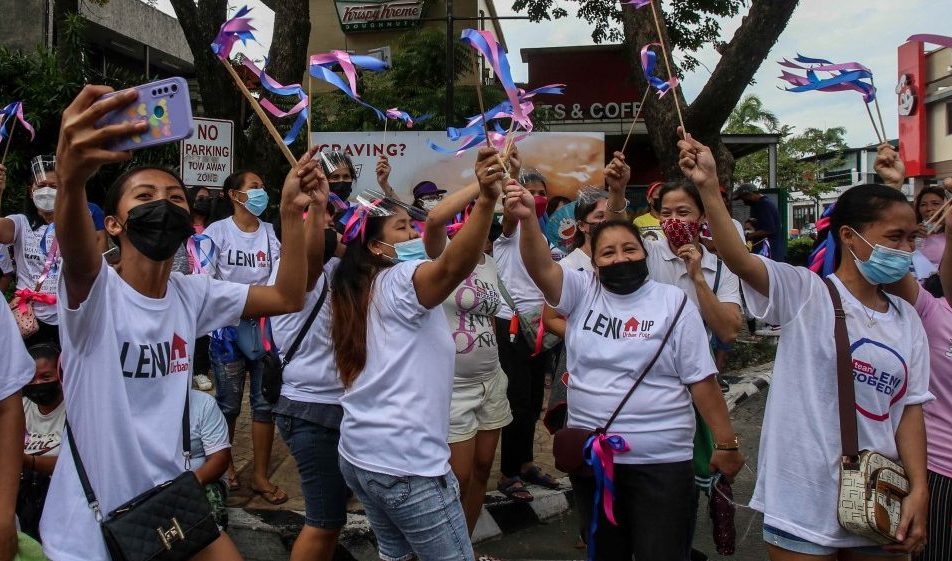 Sexism in the 2022 Philippine Elections: A Problem with No Name