HOME COMMENTARIES Quad 2.0: Beyond “Not Making Choices”, Giving ASEAN a Slew of Options

India’s grappling with the second wave of the Covid-19 pandemic at home has only highlighted the need for greater “issue-based” coalitions in the Indo-Pacific. This is relevant to ASEAN as the grouping looks to assert its centrality in regional affairs.

As India battles a relentless upsurge of the Covid-19 pandemic, the silver lining in these dark times is the help pouring in from countries all over the world. From essential medical supplies to oxygen cylinders, the relief coming in is giving hope to millions of Indians across the nation.

So far, over 40 countries, including the United States led by the Biden Administration, have come to India’s aid. The recently-concluded India-UK virtual summit, for example, fast-tracked vaccine cooperation to develop an effective Covid-19 vaccine that is “developed in UK”, “made in India” and “distributed globally”. Speaking on 6 May, India’s Foreign Minister Dr S. Jaishankar expressed his gratitude and said the current support was “testament to the goodwill India has accumulated” globally and delineated on a plan for mitigation efforts.

The fact is that before the country encountered its second Covid-19 pandemic wave, India — a part of the “Quad” that includes Australia, Japan and the United States — was already putting in the work via its Vaccine Maitri (friendship) initiative, exporting to the world. After a Quad summit in March, the four-nation group said it had committed to provide up to 1 billion doses of Covid-19 vaccines to ASEAN and countries in the wider Indo-Pacific region by the end of 2022. India would be the epicentre of manufacturing efforts.

Despite the blows suffered by India’s vaccine supply chain in the last few weeks, the Indian authorities appear to be confident of getting back on track. Speaking at a press briefing on 29 April, India’s Foreign Secretary Harsh Vardhan Shringla said that creating capacities to “enable both the manufacture and export of vaccines from India, into the Indo Pacific in particular Southeast Asia, that is doing very well.”  Hopefully, the recent decisions by the US to support waiving of intellectual property (IP) restrictions on Covid-19 vaccines should allay fears of whether these commitments will be met given India’s own rising domestic demand for such vaccines.

India’s current Covid-19 crisis notwithstanding, all four Quad countries have reiterated the centrality of ASEAN in their efforts. While ASEAN’s 2019 Outlook on the Indo-Pacific reiterates its central role to the emerging regional architecture in Southeast Asia, the language of the document strikes a balance between Chinese and other regional strategies, warning of the great dangers of a zero-sum game. At this, New Delhi has sought to dispel any fears in ASEAN that the Quad could overshadow other groupings in the region or provoke hard choices. Speaking on 15 April, Mr Jaishankar said the ASEAN-led East Asia Summit is a “remarkable platform” that has brought together the major powers of the region together. There is “no question”, he said, that ASEAN “is and … will be central to what is happening in the broader region.”

Given the long economic and geopolitical shadow that China casts over Southeast Asia, however, there is a view in India that cautions against an overemphasis on ASEAN centrality. However, there are signals from within Southeast Asia that ASEAN has its work cut out for it. In the 2021 State of Southeast Asia Survey, respondents noted that the grouping “needs to articulate its ASEAN Outlook on the Indo-Pacific” further and “deepen cooperation with like-minded multilateralist partners beyond ASEAN”. This is greatly welcomed by Indian observers.

Countries within the Quad have also become more attuned to ASEAN’s sensitivities about China, and seeking to institutionalise networks of partnership in multiple formats which deliver credible alternatives and go beyond addressing the China challenge.

The ASEAN view will give hope to nations in the Quad which seek to elicit ASEAN buy-in to their capacity building exercises in the Indo-Pacific. Countries within the Quad have also become more attuned to ASEAN’s sensitivities about China, and are seeking to institutionalise networks of partnership in multiple formats which deliver credible alternatives and go beyond addressing the China challenge. The first iteration of the Quad faltered in 2007, due to China’s opposition. But in recent years, the grouping has seen a resurgence, given commonalities in the four countries’ approach to the Indo-Pacific and China’s growing assertiveness.

The updated Quad 2.0 has sought to be attentive to the region’s needs, as seen in its formation of three working groups on vaccine delivery, climate change and emerging technologies. The Quad joint statement in March also pegged maritime security as central to its agenda. This is apposite, given growing concerns in Southeast Asia about China’s growing assertiveness in the South China Sea. The statement also stressed elements that would be amenable to ASEAN member states — an expanded focus on issues such as climate change, cyber space, counterterrorism, quality infrastructure investment, humanitarian assistance and disaster-relief.

The Quad also reflects growing traction for “issue-based coalitions”. For example, Japan, India and Australia have established the Resilient Supply Chains initiative to rewire global supply chains that are either independent or minimally dependent on China. Japan and Australia — together with non Quad country France — are also  bringing their strengths to manage pillars of  the India-proposed Indo–Pacific Oceans Initiative. Experts in ASEAN are themselves debating ASEAN nations’ traditional posture of being averse to minilaterals. This will be viewed positively by member countries of the Quad.

Today, cooperation in vaccine development and delivery might be the avenue for countries in the Quad and ASEAN to move forward on. Cooperation on technology and climate change would be as important to Southeast Asian countries too. Collaborative solutions that provide credible alternatives will help the region move beyond viewing the world through the binary lens of great power competition. At this, the Quad has provided credible signals of political will and demonstrated capability.

India’s difficult experience and the strength of its strategic partnerships hopefully serve as the assurance to countries in ASEAN. Rather than harping on the oft-used mantra of “not making choices” between China and the United States, ASEAN members need to exercise their options in the Indo-Pacific. 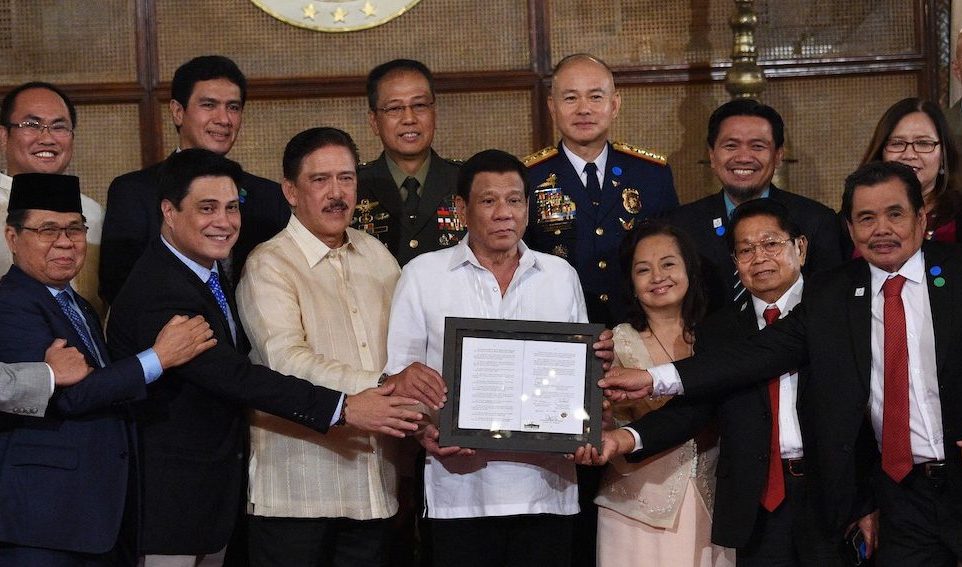 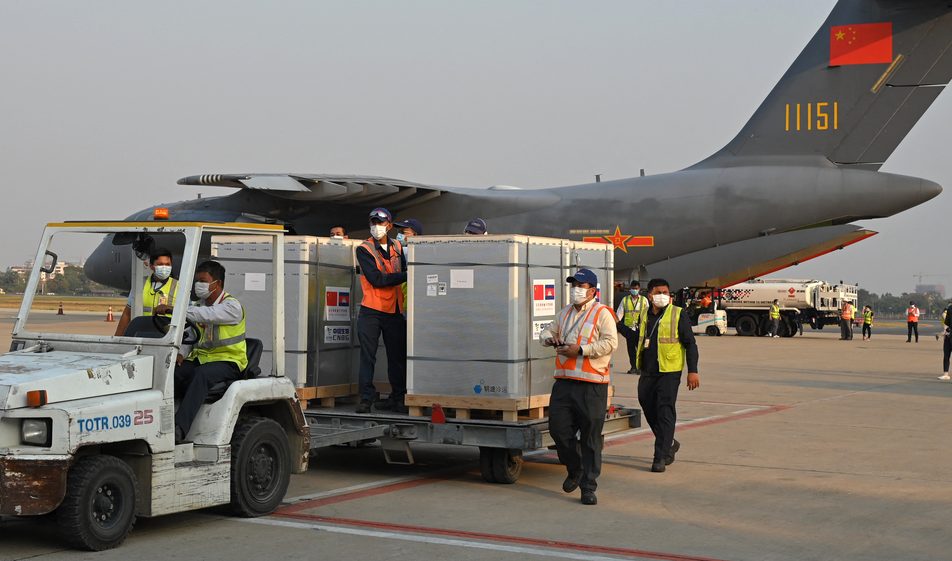 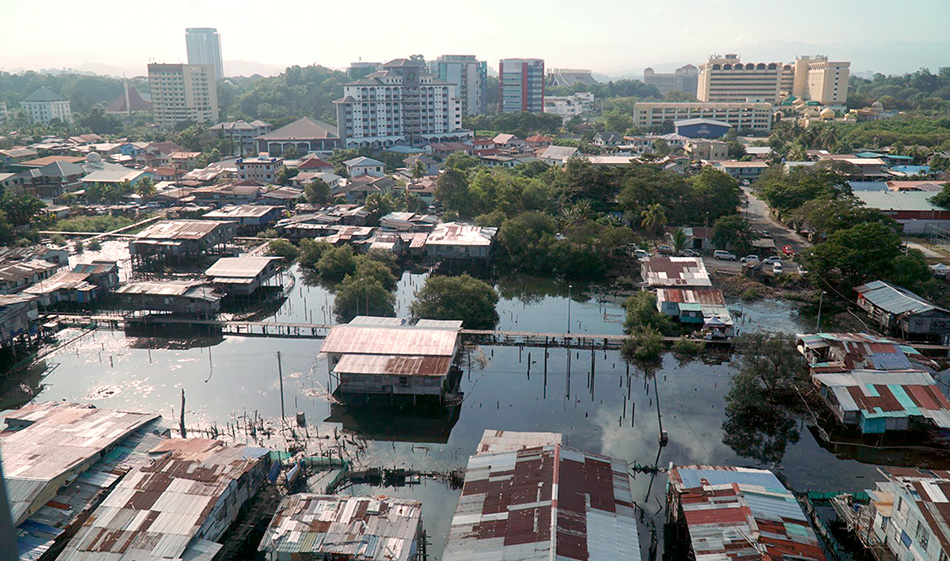 Comprehending Ethnic Inequality in Malaysia: Going Beyond the Stereotypes