HOME COMMENTARIES COVID-19 Measures in Malaysia: Resentment and Rancour Brewing on the Ground

As the government rolls out stricter measures to control the spread of COVID-19, it is unfortunate that some people on the ground blame the authorities for their incompetence instead of working together to break the back of the virus.

More than a year into the fight against the raging COVID-19 virus, Malaysia stands at the edge of a precipice. On Tuesday, the country saw 7,289 new cases—capping a seven-day streak of more than 6,000 daily cases. Hospitals are at almost maximum capacity, with ICU beds full and death rates rising.

There should be little or no debate about the need to ensure and even enforce behavioural changes at the personal level to break the chain of transmission. However, my observations of the customs and habits of villagers in a rural fishing community in Johor and monitoring of social media posts and comments reveal that there is more focus on the government’s mismanagement of the crisis than the need to break the chain of transmission.

It does not help that Prime Minister Muhyiddin Yassin makes vital announcements by PDF posts on his Facebook page. This was how Hari Raya Aidilfitri celebrations were cancelled barely three days before the occasion.

Prior to the announcement, on 4 May 2021, Standard Operating Procedures (SOPs) for the Hari Raya period were released. Among the restrictions was a stated maximum of 15 people per household at any one time. This is impractical in rural areas where families can have on average six to 10 offspring and live in extended family units. In the end, celebrations were banned.

Those I spoke to complained that their hopes of a bright spot in bleak times were dashed.

It came as no surprise, then, that in the build-up to Hari Raya, indignance turned into defiance.

Illegal fireworks became the medium of expression. Every night, rural areas and small townships came alive with pyrotechnics. I was repeatedly told – “Yes … it’s illegal. But they’ve taken away Hari Raya. Are they going to take away our fireworks too? Do they dare?”

When countered with the idea that community members mingling with others at the market or in the nearest township might increase the likelihood of viral transmission, the typical response was, “don’t take this thing so seriously; it’s all politics”.

Then there was outright protest and confrontation. In Parit Raja, Johor, a youth group was filmed with a protest banner revving their motorbikes and lighting flares. On the eve of Hari Raya, many were determined to head out and celebrate. And they did.

Even as sporadic reports emerged of homes being fined for having guests (RM25,000 to the homeowner and RM5,000 per guest), many insisted on visiting, especially in areas with less police presence.

In the disgruntled conversations I was listening to, no one alluded to the rationale behind the restrictions. Instead, many complained about political incompetence and the double standards of SOP enforcement.

There is also a firm belief that a gathering between family members and those of the same community will not bring about any harm. When countered with the idea that community members mingling with others at the market or in the nearest township might increase the likelihood of viral transmission, the typical response was, “don’t take this thing so seriously; it’s all politics”.

Their resolve to break SOPs is also strengthened by the many instances of the politically connected and wealthy violating SOPs and getting away with them.

Of the daily statistics by the Ministry of Health, rural communities fixate on the fact that many of the dead had other chronic conditions. They believe that COVID-19 was wrongly attributed for political reasons. They also note that many more had survived.

On 21 May 2021, Muhyiddin made another Facebook post of new restrictions. Subsequently, a flurry of other announcements, including Muhyiddin, finally appearing in a television interview, and a new series of SOPs quickly followed.

Despite the consistent and concerted official announcements, however, the reaction on the ground continues to be negative. Many felt that the new restrictions, focused largely on shortened business hours and an increased percentage of people working from home, were weak and ineffective. Others countered that they would not survive economically in a total lockdown. Muhyiddin used this as his reasoning too. The difference in views can be traced to economic differences.

Those more financially comfortable favours a total lockdown, while those barely keeping it together fear that such measures would result in an absolute loss of their meagre incomes.

Some felt that the government was banking only on vaccines and throwing responsibility back at the people, as the recommendation was for citizens to have their own “personal lockdown”. To some, this smacks of double standards. It is widely believed that politicians’ insistence on the Sabah state elections in September 2020 led to the third wave of COVID-19.

Although vaccine registration numbers are rising, they are notably higher amongst the urban, non-Malay population. Those who suffer the most economically often underestimate COVID-19, its ease of spread, and its consequences. Many are unsure about the safety and effectiveness of vaccines.

The largest cluster in recent days was in a migrant workers’ hostel, smack in the middle of the rural community that I am studying as part of my ethnographic research. Infections within the wider local community are now steadily rising. It is only when the crisis enters their homes that people will begin to worry about its severity and reach.

Indeed, worrying signs are now emerging. Recent infections have been traced back to a number of “religious clusters”, or Ramadhan month events. And Hari Raya clusters have begun to emerge.

The government needs to find a better way to engage with the people, especially those in rural areas. While the Ministry of Health has recently evolved its Facebook messaging to highlight the desperation on the frontlines, including images of deaths and subsequent burials, the posts are still wordy and technical.

Messages need to be short, simple and dramatic and disseminated through popular social media platforms such as TikTok or Whatsapp. They also need to use widely respected individuals such as sportspeople or philanthropists such as Uncle Kentang or Ustad Ebit Liew to get the message across.

It is unfortunate that in the eyes of the rural rakyat, the focus of every new instruction is on the government’s purported incompetency. Given the dire situation on the frontlines, COVID-19’s dangers and its ability to affect everyone needs to be at the forefront of the chatter. 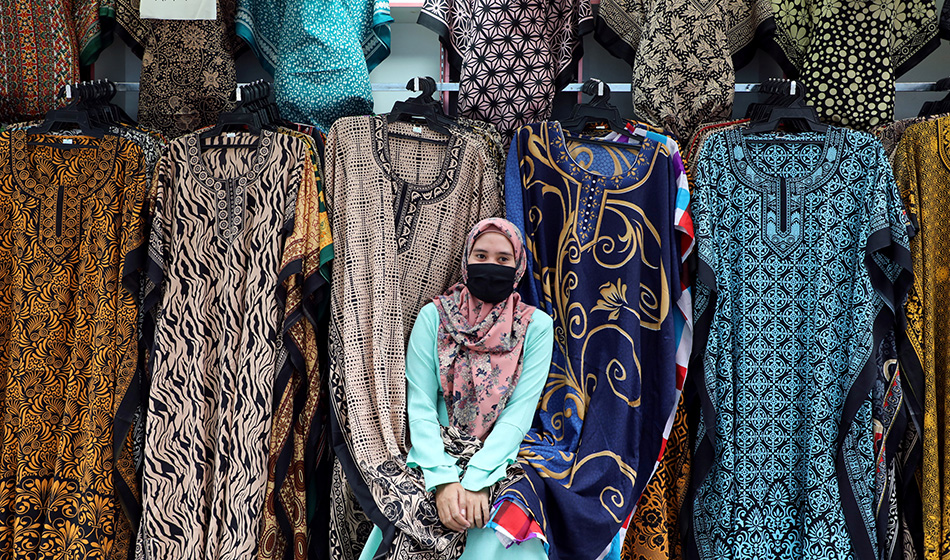 Malaysia: Best Case Scenarios and Bracing for the Worst 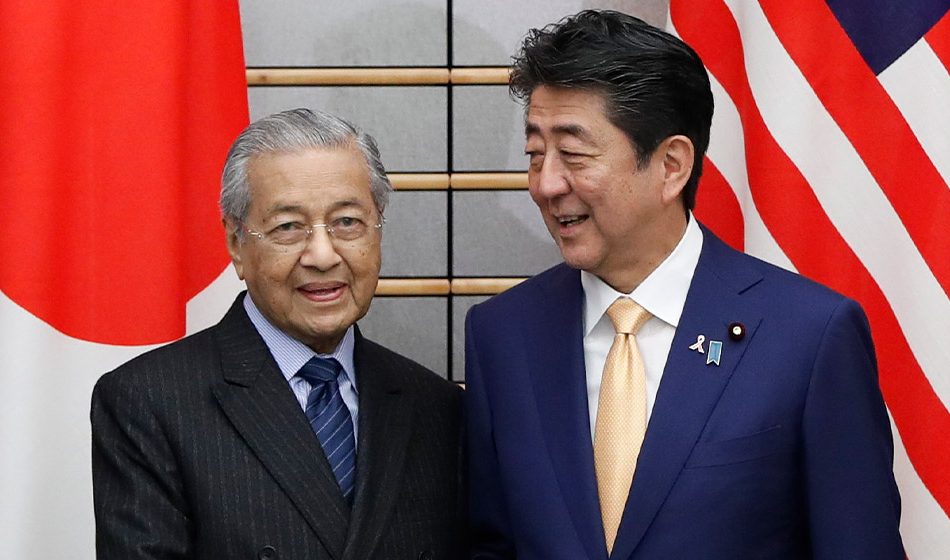 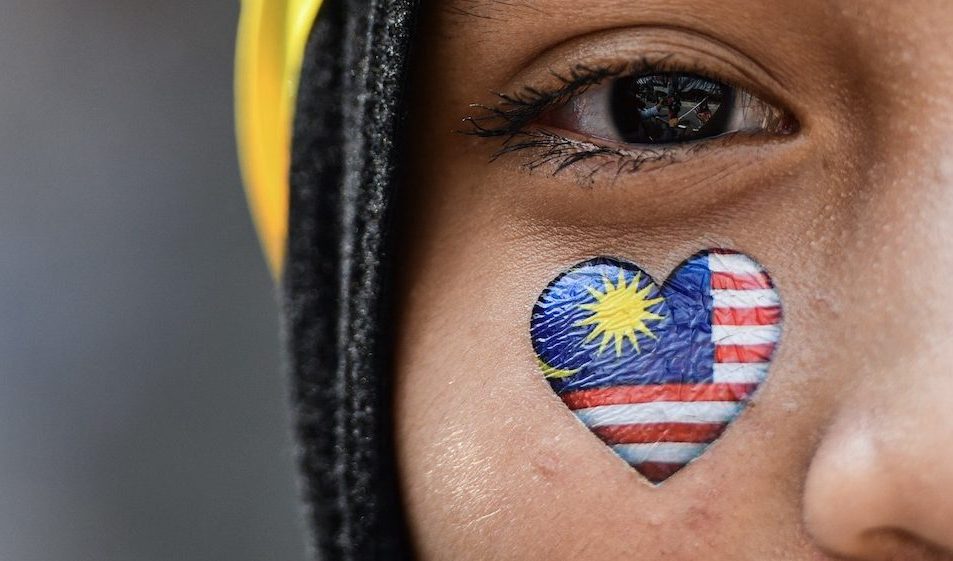