HOME ARTICLES Having it Both Ways? Cambodia’s Superpower Balancing Act

The Cambodian People’s Party needs China, Cambodia’s top donor and investor, to sustain economic growth and reduce poverty to win the next election, which is vital to its legitimacy.

Cambodia surprisingly occupied news headlines in recent assertions by ‘Western officials’ that the country has allowed China to build a military outpost at Ream Naval Base in the coastal city of Sihanoukville. While this issue was exposed last year, its re-emergence coincided with the landslide victory of the ruling Cambodian People’s Party (CPP) in the 5 June 2022 commune elections. The news was attention-grabbing also because Cambodia is this year’s ASEAN Chair. This controversy reflects the ongoing hard choice for Phnom Penh concerning relations with China and the U.S.: leaning too far to one side may invite a strategically timed lashing from the other.

Prime Minister Hun Sen said at the World Economic Forum in Davos, Switzerland on 24 May 2022 that ‘…Our friend, who is a superpower, told us that it is not necessary to choose anyone. And we replied that if you ask us to choose, we will not.’ This statement, which tactfully avoided naming which superpower, reflects Cambodia’s hedging as it needs both China and the U.S. for its economic and political stability.

The CPP needs China to sustain growth so that the party can reduce poverty and win the next election, which is vital to the party’s legitimacy. China is Cambodia’s top investor and donor, in terms of volume. Economic exchange through trade agreements and loans and grants through the Belt and Road Initiative have significantly bolstered the Cambodian economy. China accounted for 44 per cent of the US$41 billion in foreign direct investment that Cambodia received between 1994 and 2021. Despite the Covid-19 pandemic, Chinese investment in Cambodia rose substantially, from US$1.39 billion in 2020 to US$2.32 billion in 2021. The 2021 figure represents 50 per cent of Cambodia’s total foreign investment of US$4.35 billion, while the U.S.’s investment comprised only 4 per cent.

Garments, tourism, agriculture, and construction have been key areas for Chinese investment, and are the main sources of Cambodia’s economic growth and poverty reduction. Cambodia’s buoyant economy over the past two decades has significantly lifted households out of poverty and narrowed income disparities. The latest available data show a decline in the poverty rate, from 53.2 per cent in 2007 to 13.5 per cent in 2014, based on a poverty line set at US$1.25 per day. Simultaneously, Cambodia’s Gini coefficient (where 0 represents perfect equality and 1 perfect inequality) dropped from 0.41 in 2007 to 0.30 in 2014.

Prime Minister Hun Sen said at the World Economic Forum in Davos, Switzerland on 24 May 2022 that ‘…Our friend, who is a superpower, told us that it is not necessary to choose anyone. And we replied that if you ask us to choose, we will not.’

China has also increased its development aid to Cambodia. By 2019, 48 per cent of Cambodia’s official development assistance, worth about US$7.22 billion, came from China. Further, China is Cambodia’s top lender, accounting for 40 per cent of its foreign debt of US$8.8 billion in 2020. Cambodia has used these loans and grants to support sectors that boost productivity and growth. By end 2018, Cambodia had channelled 87 per cent of its debts toward funding infrastructure. In 2017, China financed around 70 per cent of Cambodia’s roads and bridges. Infrastructure improvement was key to Cambodia’s pre-pandemic economic growth and remains central to its post-pandemic recovery and further poverty reduction.

While embracing China, however, Cambodia cannot afford to upset the U.S. This is because the Western superpower is its largest export market, specifically through the ‘generous’ Generalised System of Preferences (GSP) system. Cambodia exported over $8.7 billion worth of goods, mostly agricultural and garment products, to the U.S. in 2021, an increase from US$6.5 billion in 2020. The 2021 export volume exceeded 30 per cent of Cambodia’s total exports, dwarfing China’s share of about 7 per cent, and garments and agriculture are key sectors that provide jobs and income. In 2019, the garment industry employed 750,000 workers while its export earnings accounted for 15 per cent of GDP.

During a visit to Cambodia in June 2021, U.S. Deputy Secretary of State Wendy Sherman warned that the establishment of a Chinese military base in Cambodia would ‘negatively impact U.S.-Cambodia relations.’ In December 2021, the U.S. Congress suspended Cambodia’s GSP status for its deteriorating human rights situation, restrictions on civil society, and suppression of dissent. Despite this, Cambodia-U.S. trade volume has doubled in the last four years. This signifies that Cambodia holds an economic value that the U.S. cannot ignore.

Cambodia has amplified efforts to improve its image in Washington. By 2021, Phnom Penh had spent over US$2 million on lobbying firms to convince American politicians and businessmen about the ‘true’ situation in Cambodia and their mutual interests. Minister Delegate to the Prime Minister Kao Kim Hourn said on 24 May 2022 that the kingdom desired ‘a full reconciliation’ with the U.S. and would ‘study the possibility of joining’ the Indo-Pacific Economic Framework.

China has secured a firm economic foothold in Cambodia. However, to maintain market access, Phnom Penh must remain amenable to working with the U.S. Presently, despite its official stance of not taking sides, Cambodia seems to be leaning toward the side that is giving more material benefits. In these uncertain times, Phnom Penh’s best bet is to continue to hedge its position and benefit from engaging both superpowers.

Chanrith Ngin is an Honorary Academic at The University of Auckland, New Zealand. 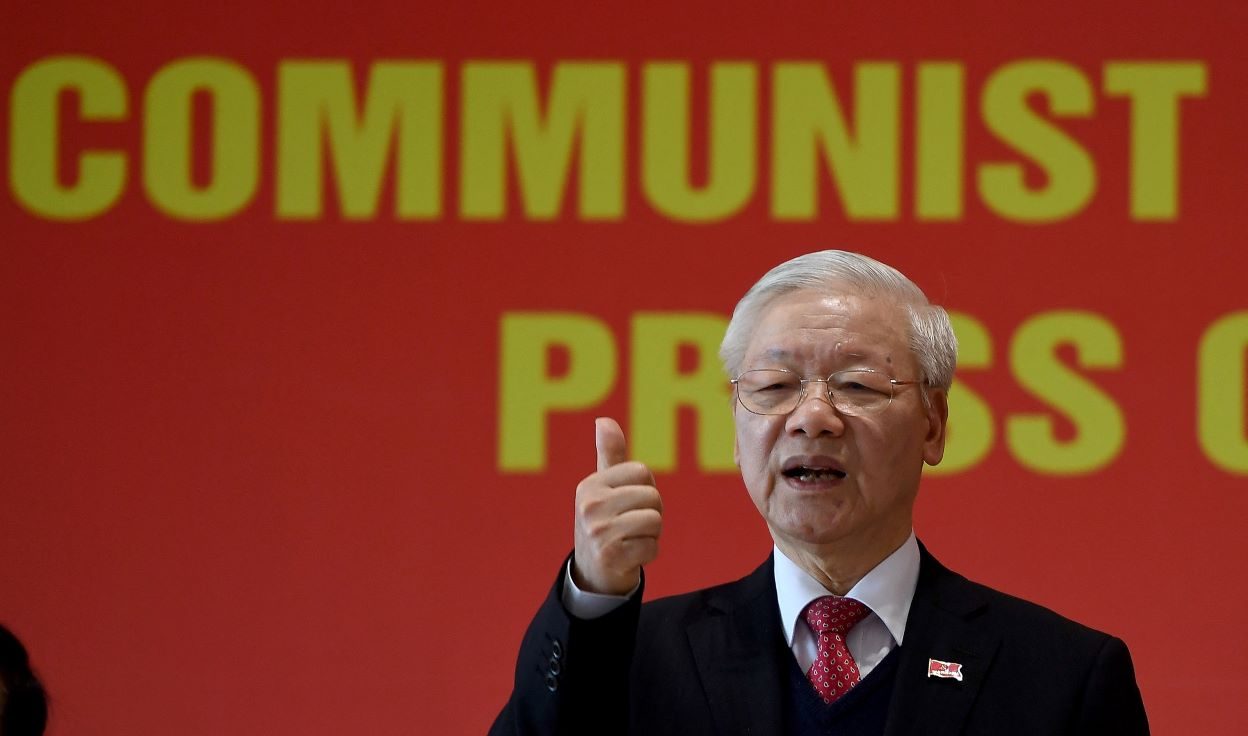