The newly-appointed commander of the Indonesian military has an army background. But his appointment comes at a time when Indonesia’s defence challenges fall largely in the maritime domain.

In the last several months, there has been a lot of debate on who will become the next Chief. Some argued that is the Navy’s turn for one of their own to be TNI chief, given that the previous commanders were General Gatot Nurmantyo from the Army and Marshal Hadi from the Air Force. Instead of Admiral Margono, the supposed candidate from the Navy, President Jokowi appointed General Andika, again from the Army. The Army Chief of Staff’s appointment as TNI Commander is the sole prerogative of the President and only needs approval from the House of Representatives. With a distinguished military career and solid academic background, General Andhika appears to be the right person who not only understands national security issues but also broader global geopolitical situations.

In his remaining 400 days as TNI Commander, Andika has his work cut out for him. Considering Indonesia’s emerging status as an archipelagic and maritime nation, maritime defense and security should be the main issues that General Andika should focus on. In the last several years, the geopolitical contest in the Indo-Pacific has predominantly been in the maritime domain, particularly between China and the United States. In past months, there has been an increasing naval presence in the region from many Western countries such as the United Kingdom, Germany, the US and France. The recent Australia-United Kingdom-United States (AUKUS) nuclear power deal also demonstrates the growing importance of the maritime domain.

Indonesia’s huge maritime area and strategic location in the Indo-Pacific leaves it no choice but to strengthen its naval capabilities. The recent Nanggala submarine incident has shown how Indonesia’s maritime defence capacity is still underdeveloped and needs to be modernised. Indonesia has got the focus right; in terms of budget allocations, the Navy has the highest allocation, followed by the Army and the Air Force.

But Indonesia’s maritime challenges are growing. One of the main potential threats for Indonesia is the South China Sea dispute. Even though it is not a claimant state, Indonesia’s sovereign rights and fisherman have been threatened by the illegal presence of the Chinese Coast Guard and PLA Navy, which often escort their Chinese fishing vessels into Indonesian waters. The proliferation of Unmanned Underwater Vehicles (UUVs) presents serious challenges. A Chinese autonomous underwater glider found in Indonesian waters early this year shows how Indonesia needs more advanced naval technology in dealing with future technology challenges such as submarines and UUVs.

Even though Indonesia’s maritime law enforcement is coordinated by the Maritime Security Agency (BAKAMLA), the Indonesian Navy is the most well equipped and should be the main guardian of Indonesia’s maritime defense and security. Other institutions such as the Ministry of Marine Affairs and Fisheries and Ministry of Transportation and Customs have limited jurisdictions. Only BAKAMLA and the Navy have full jurisdiction to manage any maritime law violations at sea. BAKAMLA has limited infrastructure; this leaves the Navy as the most important law enforcement agency in term of infrastructure.

General Andika needs to keep the TNI independent from politics. In recent years there have been growing criticisms that Indonesia’s democracy is declining. One factor behind this is the increasing role of the TNI in domestic politics.

Another recent issue that should concern the new Chief is maritime law enforcement in response to the violations of innocent passage, transit passage, and archipelagic sea lanes passage in Indonesian waters. There is a need for the Navy to execute law enforcement professionally and ensure that any violations are settled through proper mechanisms. Earlier this month, Reuters reported that more than a dozen shipowners had made unofficial payments of US$300,000 apiece to release vessels detained by the Indonesia Navy. They were alleged to have anchored illegally in Indonesian waters near Singapore. Admiral Yudo has defended the enforcement action taken against foreign ships, and urged any party making such allegations to provide proof.

In the first administration of President Joko Widodo, he had a grand vision to refashion Indonesia as the Global Maritime Fulcrum. The logic is that Indonesia, which is geographically the largest archipelagic country, should play an important role in defending Indonesia’s sovereignty and rights at sea. This has not been discussed much in his second term, and will likely remain so. This could be due to the fact that key officials in President Jokowi’s administration do not have maritime backgrounds. The current Coordinating Minister for Maritime Affairs, Luhut Pandjaitan is a retired Army General who has no maritime background. The Minister of Marine Affairs, Sakti Wahyu Trenggono, is a politician with no maritime experience. The same applies to General Andika.

Apart from the maritime domain, General Andika has other challenges. Indonesia needs a long-term plan based on sound strategic assessment, scenario-based planning, and qualitative improvements in its defence personnel. It would need to be more cognisant of emerging issues such as Covid-19 response, separatism and cyber security. Other challenges include the development of a joint operations doctrine, inter-service operability and the ongoing defense transformation programme, titled the Minimal Essential Force.

More importantly, General Andika needs to keep the TNI independent from politics. In recent years there have been growing criticisms that Indonesia’s democracy is declining. One factor behind this is the increasing role of the TNI in domestic politics. As Natalie Sambhi argues, the military is gaining greater ground in the civil-military balance. This is marked by the appointment of New Order generals, growing dependence on the military’s territorial system and the ability of retired officers to shape discourse and policy.

It might appear to be a paradox that General Andika, despite his lack of maritime experience, has been appointed TNI chief at a time when Indonesia’s maritime challenges are increasing. But if he plays his cards right, he would be able to nudge the Indonesia military towards the sea, fulfilling the country’s destiny as a fulcrum in Asia’s maritime landscape. 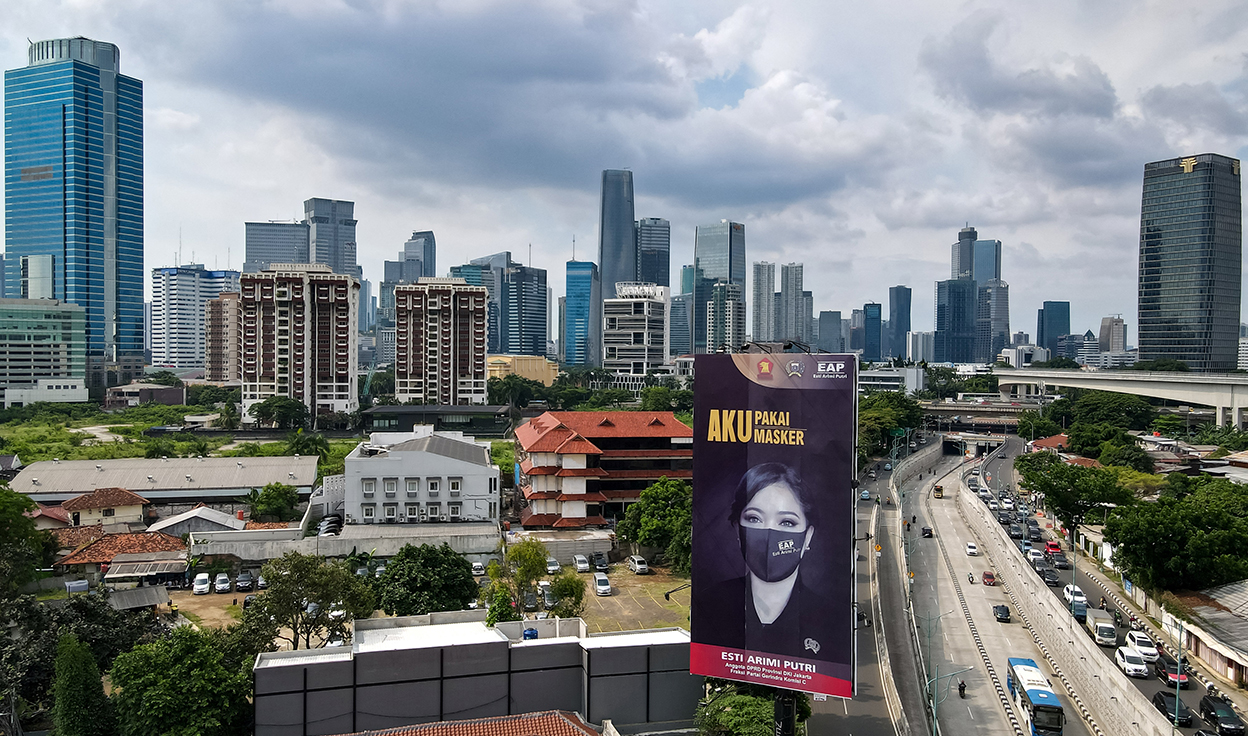 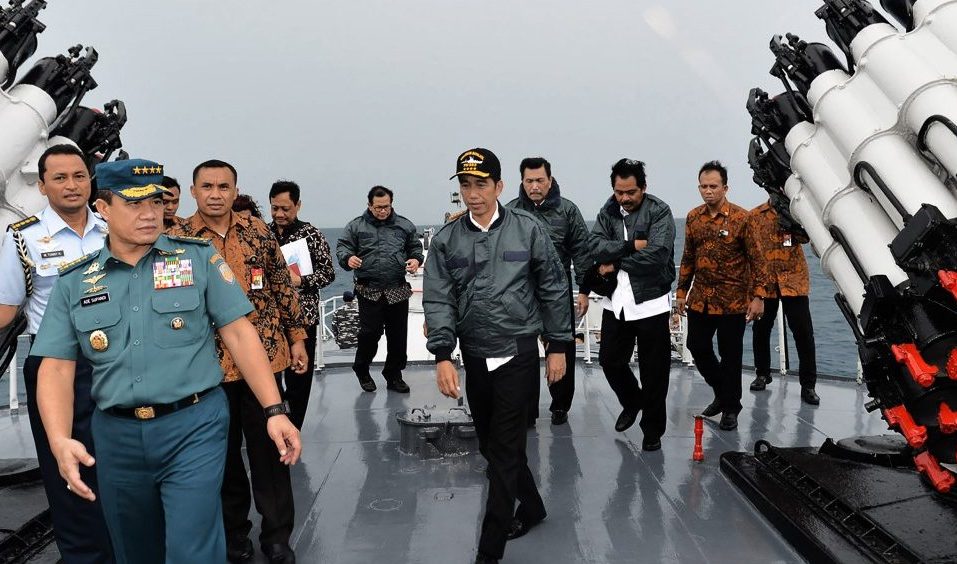 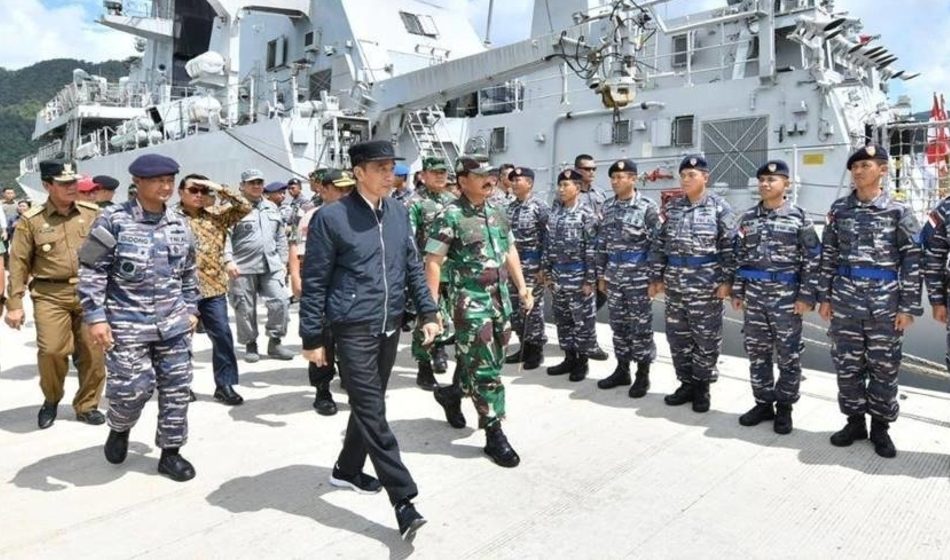 China’s Recent Foray into the North Natuna Sea is Problematic