Due to the federal government’s slow vaccination rate, some state governments have stepped into the breach to inoculate their populations. Their collective experience thus far has been somewhat patchy.

Launched in February 2021, Malaysia’s Covid-19 vaccination drive aims to reach 80 per cent of its population by February next year. To this end, the federal government has set aside funds to procure 66.7 million doses — more than enough to inoculate every Malaysian — and rolled out a three-phase vaccination drive. Targeting 500,000 front-liners, the first was completed in April. The second phase kicked in that month and runs to August, targeting 9.4 million over-60s as well as vulnerable people. The final stage caters to the rest of the population and is slated to begin soon.

Rolling out a vaccination drive in a country as large and diverse as Malaysia is no mean feat. To its credit, the federal government has dealt with some challenges nimbly. For example, following scares about potential side effects from the Astra Zeneca vaccine, the national campaign made these jabs available through a separate voluntary scheme. The main vaccination drive has continued, and the Astra Zeneca component has enjoyed record take-up since.

Nonetheless, the national vaccination drive is proceeding slower than anticipated. According to the National COVID Immunisation Programme (JKJAV), as of 27 May, 11 million people had registered for the vaccine, and 1.7 million people had received at least one dose. This means that three months after the vaccination drive’s launch, only about 5.3 per cent of the country’s population has been reached. One reason relates to procurement, as the vaccines are delivered on a quarterly basis, and there have been some delays. Another is linked to a low vaccination rate. Up until early May, the pace fluctuated between 20,000-30,000 doses administered per day. The campaign has subsequently picked up speed with at least 70,000 daily shots since 20 May.

Registration and coverage rates vary across the country. According to the JKJAV, geographically smaller states and territories such as Putrajaya, Labuan, and Perlis have had a high number of residents registered and vaccinated. The larger states of Selangor, Sarawak, Penang and Johor have been lagging on a per capita basis, even if the number vaccinated is high.

Feeling under-protected and eager to avoid more lockdowns, some state governments have decided to roll out their own vaccination drives. According to the Malaysian Constitution, state governments are, along with the federal government, jointly responsible for public health, sanitation, and the prevention of disease. To this end, state governments can use their own budgets, tap into networks with local communities and leverage their deeper knowledge of local conditions.

Earlier this month, Khairy Jamaluddin — the Minister of Science, Technology, and Innovation and also the Coordinating Minister of the National Vaccination Campaign — clarified the conditions under which state governments can procure and administer vaccines. First, they need to apply to the National Pharmaceutical Regulatory Agency (NPRA) for approval. Second, they can only source NPRA-approved vaccines. Third, in the event of a conflict with the central government over vaccines from the same source, the federal vaccine drive must be given priority.

To date, three state governments have sought to secure their own vaccines. Collectively, they illustrate the benefits and perils of having more cooks in the kitchen.

Selangor, Malaysia’s economic powerhouse, announced that it was allocating RM 100 million to procure 2.5 million doses of an undisclosed type of vaccine. Beginning in June, its scheme will target larger employers, who will pay RM 190 per dose for their employees. To date, more than 3,500 employers and one million employees have expressed interest in participating. This initiative is interesting, as it marshals additional resources from corporations happy to reduce the potential cost of workplace lockdowns. Through reducing the number of people waiting for federally-funded vaccines, it can help shorten waiting times.

In addition to ensuring that they do not all seek to procure vaccines from the same sources, state governments will need to think about how they can leverage their inherent advantages to add value to the existing vaccine effort.

The Sarawak state government has procured 1 million doses of the Sinovac vaccine. In this case, the state government is tapping into its cash reserves in order to make the jabs available free to all Sarawakians. The state government also has important networks in rural areas and deeper knowledge of local conditions. Thus, it will send out mobile teams to visit rural communities. Given the logistical difficulties of repeat visits, the vaccine will be administered to all eligible people in a location – as opposed to the standard phased approach.

The Penang government offers a less positive example. In February, a businessman offered to donate two million doses of the Sinovac vaccine to the state government on behalf of a Hong Kong-based investment firm. The federal Health Ministry rejected Penang’s request as, at that time, Sinovac had yet to be approved. In mid-May, the current and former Chief Ministers of Penang criticised the federal government for blocking the donation. Khairy Jamaluddin subsequently charged that the offer was “bogus”, revealing that Sinovac had no record of the order. The Penang state government has since stated that it will use its own funds to procure additional vaccines.

Going forward, other state governments may feel pressured to follow their more independent-minded brethren. In addition to ensuring that they do not all seek to procure vaccines from the same sources, state governments will need to think about how they can leverage their inherent advantages to add value to the existing vaccine effort. Should this not be the case, the cooks will produce a cold and unsatisfying broth. Sinovac or Not: Thai Vaccine Politics Muhyiddin and Malay Rights: Too Early to Call 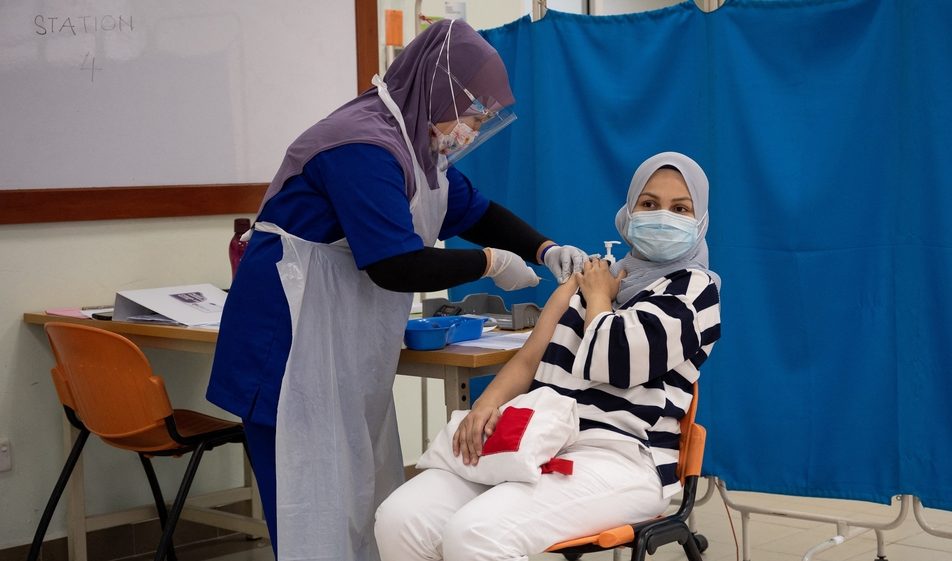 Muslim Leaders and Preachers Fighting Vaccine Hesitancy: A Shot in the Arm