Roiled by political instability in the past few months, Malaysian Prime Minister Muhyiddin Yassin can afford to take a breather, for now at least. A survey by arguably the country’s foremost pollster shows him in a strong position.

After a number of tough weeks at the helm of government, Malaysian Prime Minister Muhyiddin Yassin can take heart from a new survey. Last week, the Merdeka Center – arguably the country’s foremost pollster – found that of the more than 3,400 Malaysians surveyed in July and August, 69 per cent were satisfied with his performance. Among Malays and Bumiputeras from East Malaysia, this figure was at or above 90 per cent. Even among non-Bumiputeras, Muhyiddin can claim to have some support, as almost two-thirds of Indians expressed some degree of satisfaction with his performance. The only blot was that his support among Chinese voters was a mere one-third.

These findings stand to reason. During the first months of Muhyiddin’s tenure, the Malaysian government displayed a formidable level of capacity in its efforts to contain Covid-19. This included rolling out large numbers of quarantine centres before the pandemic spread, organising effective daily briefings and enforcing the Movement Control Order (MCO). Muhyiddin’s fledgling administration also moved fast to roll out stimulus measures and transfers to offset the initial shock of the MCO, thus sparing the country a deeper economic standstill. These efforts have been bolstered by the Prime Minister’s public appearances. While lacking Dr Mahathir’s oratorical flair, he has leveraged his vast experience in government to good effect, projecting an image of steady competence.

Indeed, this solid vote of approval comes in spite of the controversial nature of Muhyiddin’s ascension to power in March this year, his narrow parliamentary majority, and persistent carping from his coalition frenemies, the United Malays National Organisation (UMNO) and Parti Islam SeMalaysia (PAS).

That said, it is important to note that Muhyiddin’s approval ratings have dipped ever so slightly from an even higher level of 74 per cent in July. On one hand, all political honeymoons come to an end, and job-related anxiety is surely creeping up. Indeed, the approval ratings for outreach efforts and economic management have come down somewhat, and only 41 per cent of respondents were happy with job creation efforts. On the other, it is also likely that the carping within Muhyiddin’s Perikatan Nasional coalition is taking a toll. Just as people grew weary over succession issues during Pakatan Harapan’s (PH) aborted second year so, too, squabbles over the timing of the next elections and UMNO’s persistent questioning of whether Muhyiddin should be Prime Minister are beginning to wear thin.

Yet, while UMNO may be able to chip away at Muhyiddin’s popularity, other parts of the survey indicate that their own political capital may be overstated. About 51 per cent of those surveyed indicated their support for Perikatan Nasional (PN), Muhyiddin’s inclusive, albeit Malay-led coalition that does not formally include UMNO. This proportion is significantly higher than support for the UMNO and PAS-led Muafakat Nasional (MN now also includes Muhyiddin’s Parti Pribumi Bersatu Malaysia), Barisan Nasional (BN) or PAS, which all poll at or near 40 per cent. Support for PH languishes at a lowly 25 per cent.

How can one interpret this? One interpretation is that the majority of Malaysians, including Malay voters, are now accustomed to multi-ethnic – albeit Malay-led – coalitions in government. Relative to PH, which was perceived – rightly or wrongly – as not doing enough to advance Malay interests, PN is manifestly Malay-dominated. Yet, what distinguishes PN from BN is that the latter is directly associated with the excesses of the Najib Razak era. MN is associated with PAS, which is popular in the northern part of the Peninsula but viewed with suspicion in urban areas and East Malaysia. Consequently, PN is seen by many as a Malay-led coalition that is more inclusive than MN but that does not have BN’s baggage. This is a good start, and over the next months, Muhyiddin’s challenge will be to reach out to voters in the country’s urban and mixed seats.

And, speaking of baggage, the Merdeka Center’s last question pertains to former Prime Minister Najib Razak. About 61 per cent of Malaysians agree with the High Court’s decision to convict him for the abuse of power. Among Malays, this figure is 57 per cent. Yet, what is even more striking is that only 19 per cent of Malays disagree with the verdict. This indicates that those accompanying Najib at the court house or on the campaign trail are but a noisy minority. The solid support for his guilty verdict suggests that today’s UMNO is a pale shadow of its older political self. UMNO might think that a return to the corridors of power might mean circumventing PN; but if the Merdeka poll is any indication, it might well be wrong. 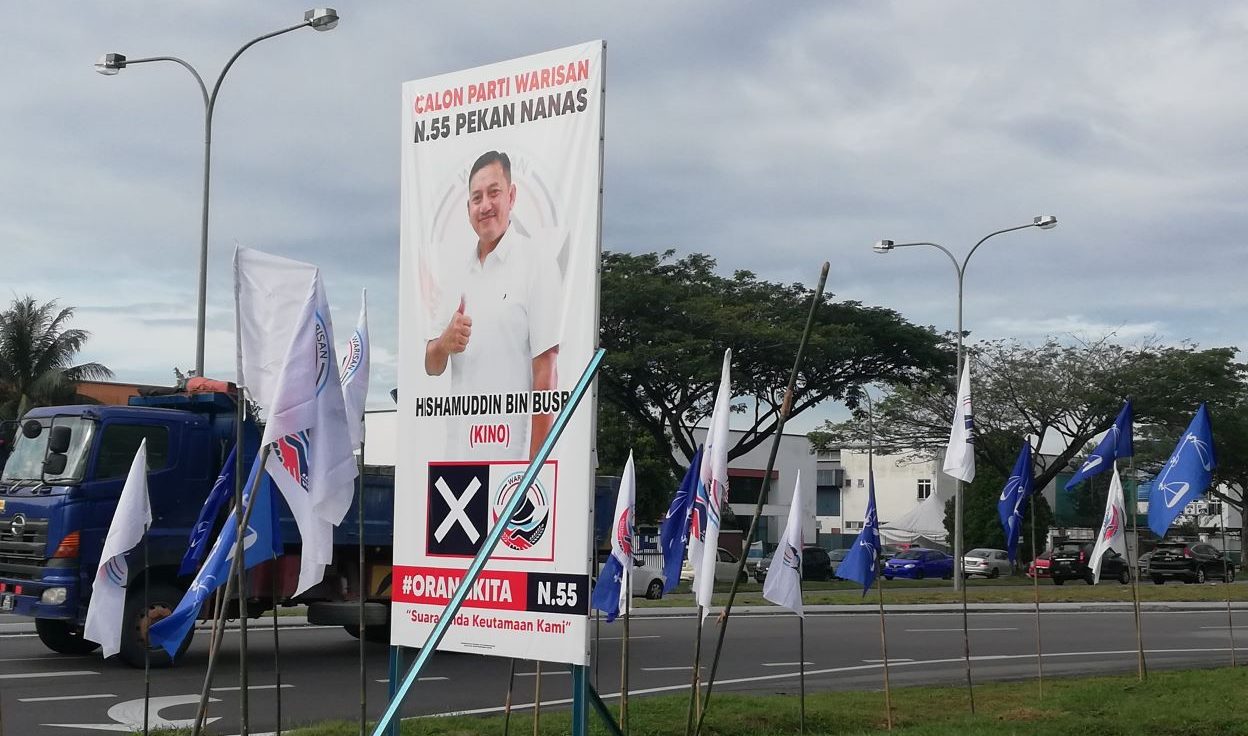