HOME COMMENTARIES Returning to Al-Azhar During the Pandemic: A Risk Worth Taking?

Despite current challenges, Al-Azhar University - a popular destination for Singaporean students - remains as relevant as ever in churning out quality graduates in the Islamic sciences.

Since November 2020 about 100 Singaporean students enrolled at Al-Azhar University have flown back to Cairo to resume their studies. More students are expected to join their Singaporean compatriots in the weeks to come. Their return to Egypt marks a turning point, even as Egypt’s Covid-19 situation shows little sign of improving significantly. Between March and July 2020, Singaporeans studying in Egypt had returned home after the Covid-19 situation there worsened. As of 2 January, Egypt has recorded 140,878 cases and 7,741 deaths. In December, there was a spike in new cases. Between Christmas Day 2020 and the beginning of 2021, the number of daily infections ranged between 1,000 and 1,400 – higher than the preceding two weeks, when the number of daily infections ranged from 464 to 1,164. On 31 December 2020, the President of Al-Azhar University issued a statement suspending all classes until the end of the semester and replaced them with online learning. On 3 January, the Egyptian government issued a stern warning mandating everyone to wear masks, even indoors, or run the risk of being slapped with fines or prosecuted. Gatherings including funerals and weddings have been cancelled until further notice, and eateries have been instructed to reduce their capacity by half. This begs the question: why are the Singapore students prepared to take the risk by returning to Cairo?

To be sure, they were faced with limited options. Al-Azhar University remains the most popular destination among Singaporean madrasah students compared to other Middle Eastern universities because of its long history of producing renowned Islamic studies graduates. Singapore’s present and past mufti (chief jurist) are graduates from the world’s oldest university.

The students had to return to Cairo sooner rather than later because they want to avoid the risk of missing out on their graduation. Granted, the university’s online learning capabilities are not as advanced compared to other universities. Its lecture facilities are outmoded, and its administration is mostly done manually rather than electronically. Even the mode of learning for students remains traditional. They are tested more on their ability to memorise chunks of material rather than analyse critically.

The students can choose to lengthen their studies or move to another university. In the view of their parents, however, the Al-Azhar experience cannot be replicated elsewhere. They believe that only the university can produce the ideal ulama (religious scholar). There may also be economic reasons for their decision. After investing much resources to send their children to Cairo, the risk of not graduating is hard to swallow, especially if their children are in their final years of study. Not every student has the luxury to exit Cairo on short notice during times of emergency – for instance, the 2011 Arab Spring and the 2013 counter military coup.

Nonetheless, the political uncertainty in Egypt, among other reasons, has led Singapore madrasah graduates to explore other universities in the Middle East. Human rights groups have criticised the current military regime for curbing freedom of expression and weakening the rule of law. The graduates’ seniors, including Al-Azhar University alumnus themselves, are encouraging them to consider universities in Jordan. But their assessment of the alternatives to the Al-Azhar University is based on the Hashemite Kingdom’s political certainty, modern and technologically advanced campuses, and modular curriculum. Throughout the pandemic, students in Jordan universities can continue with e-learning, just like their friends studying in any modern university.

Singapore students are not tapping into the city’s intellectual tradition. Although the university offers numerous disciplines, such as the social sciences, medicine and dentistry, Singaporeans there tend to limit themselves to Islamic studies

Is Al-Azhar University still relevant in producing quality graduates in Islamic sciences? The answer is a resounding yes – despite its struggling to offer lessons virtually, Cairo remains a vibrant centre for the Islamic sciences. Moreover, evaluating the pedagogy of Islamic studies must not be solely based on universities’ capability to offer modern facilities or to apply digital learning. Whether students have ample opportunities to be immersed in the intellectual tradition on campus is an equally critical measure.

Unfortunately, Singapore students are not tapping into the city’s intellectual tradition. Although the university offers numerous disciplines, such as the social sciences, medicine and dentistry, Singaporeans there tend to limit themselves to Islamic studies: this includes subjects such as Islamic jurisprudence, theology, and Arabic language. Over the years, less than ten Singaporeans have graduated with a Master’s degree, and no Singaporean has obtained a PhD from the university. The doctoral program at the university has produced outstanding Islamic studies scholars, given its stringent enrolment requirements and even more rigorous criteria for passing (such as memorising 30 chapters of the Quran by heart, and mastering alternative traditions). One example of an outstanding Islamic scholar who obtained a PhD from the university is Indonesian Professor Quraish Shihab. In his sermons, Quraish was able to highlight different theological viewpoints regarding the role of women and the use of veils, as well as the status of religious minorities such as the Shias. Unfortunately, his scholarship is viewed by Singaporean religious elites as “liberal” – a euphemism for deviance.

The bigger question now is whether Singaporean students are able to take the numerous opportunities to learn from the sheikhs in Cairo. The students’ selection of scholars to study with depends largely on the preconceived viewpoints about whether they reflect mainstream Islam or deviant Islam, rather than having quality engagements with their lecturers. The challenges of the Covid-19 pandemic should not shroud proper assessment of Islamic studies in the Middle East. The focus should be on the quality of education, and not on universities’ ability to disseminate ideas digitally. 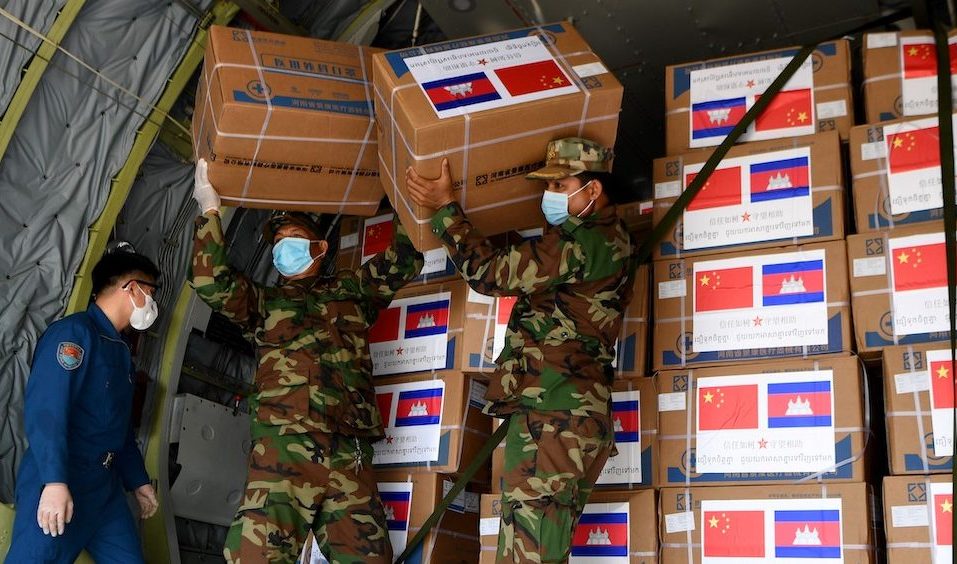 Cambodia’s Battle Against the Covid-19 Pandemic: Not a Matter of Luck 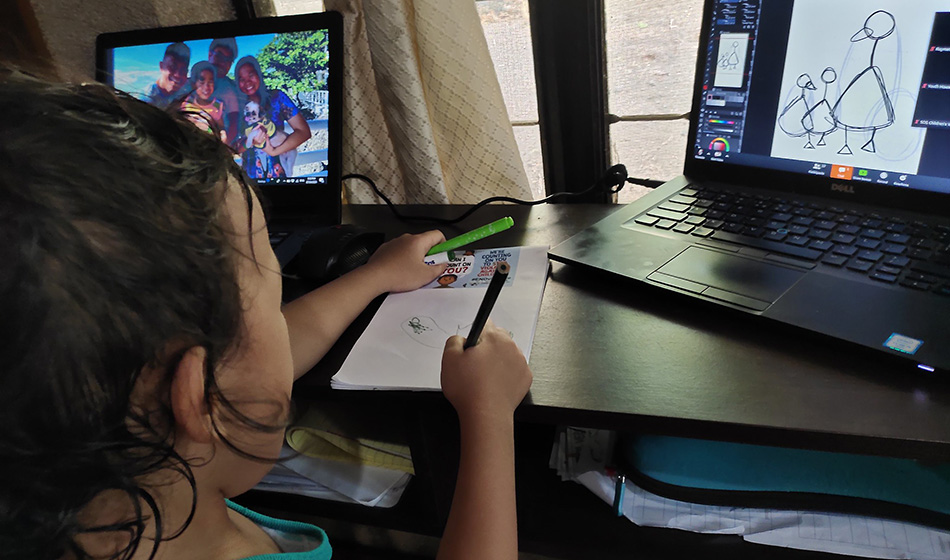 The Philippine Pandemic and the Plague on Pedagogy 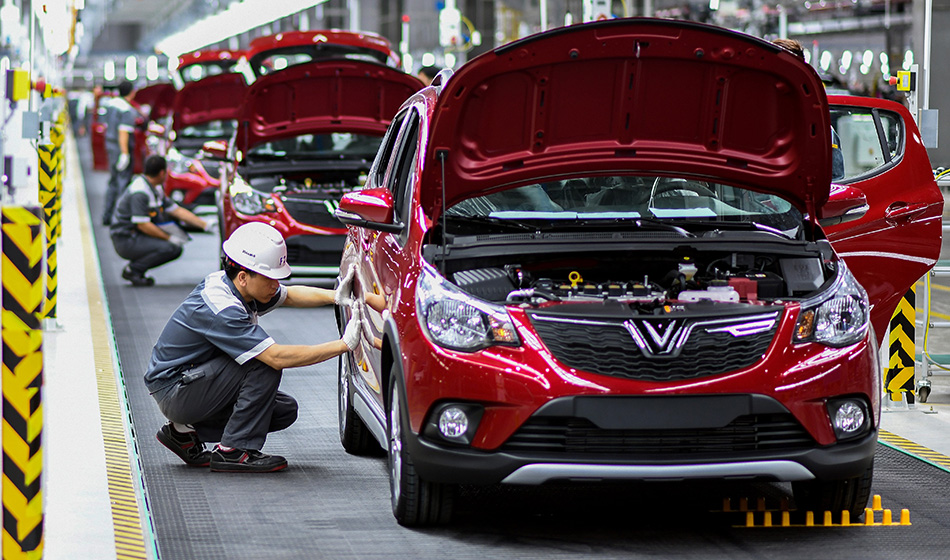