HOME COMMENTARIES Southeast Asian Youth on Climate Change: A Force to be Harnessed for the Greater Good

Youths in Southeast Asia are active in climate change advocacy, but more can be done so that they are to be equipped to tackle an existential challenge.

The international clamour for attention on climate issues is aptly represented in one youth – Greta Thunberg. Greta is resolute in demanding systemic and drastic change. Though none are as recognised worldwide, youths in Southeast Asia are no different. The Southeast Asia Climate Outlook 2020 survey by the Climate Change in Southeast Asia Programme, ISEAS – Yusof Ishak Institute found that youths in Southeast Asia under 35 are more likely to be active in climate advocacy. Youths are no strangers to the climate crisis: the 2018 OECD Global Competence Assessment found that 73.2 per cent of 15-year olds from seven ASEAN countries were confident in explaining climate change. Yet, when it comes to specific impacts and solutions, many are ambivalent or uncertain.

Overall, youths are active climate advocates, but their behaviour varies: 50.0 per cent of survey respondents under 21 join climate movements and attend seminars, while only 24.0 per cent of those between 21-35 do so. Evidently, the growth in teenage climate activism, catalysed by Greta Thunberg’s Fridays for Future, has not left Southeast Asia untouched. Among the participants in climate strikes and rallies in Indonesia, Malaysia, Myanmar, Philippines and Singapore in 2019, younger faces were prominently featured.

Leadership in advocacy was lower in younger groups (excluding over-60s): 10.4 per cent and 3.9 per cent of youths aged 21-35 and under 21 respectively are leaders, compared to 13.7 per cent and 18.6 per cent in older groups; possibly because younger people feel that they lack a voice. A World Economic Forum survey found that over half of people aged 18-35 felt that their views are not accounted for in decision-making. Activist Ili Nadiah Dzulfakar told Macaranga that “insincerity and politicking” are turning youths off climate action. To overcome such barriers, they must confront their own countries’ political challenges.

Despite their concerns, youths are relatively uninformed about the specifics of climate change policy and impacts. 34.6 per cent were unsure whether their countries’ food security is threatened by climate change, compared to the average of 20.3 per cent. While youths feel the urgency, their knowledge may not extend to related issues. Information specific to their home countries may be lacking or failing to reach them. Educators should frame climate change through local perspectives as well as global, including its cascading impacts on food security, public health and so on in existing science, geography and social studies classes, in order for youths to identify concrete responses rather than view it as a faraway threat.

All ASEAN member countries have submitted their Nationally Determined Contributions (NDCs) under the Paris Agreement – plans to reduce their national carbon emissions and combat climate change. But awareness is lowest for youths under 21: only 7.7 per cent answered “Yes” to the question as to whether their country has filed an NDC. This number jumps to 39.1 per cent in youths aged 21-35. This is still lower than older groups.

Nevertheless, youths agreed that their governments’ climate measures were unsatisfactory. Respondents under 21 selected “ineffective” the most (76.9 per cent). Though unaware of the finer details of climate solutions, they are adamant that they are not seeing sufficient climate action. The next step, therefore, is deepening their perspectives with knowledge of existing policies, to convert a general sense of dissatisfaction into targeted input.

Currently, the onus falls on youths to seek information, but the motivation to do so can be hampered by the perception that they are not being heard. While government policy can be inaccessible, NDCs are shorter and well-communicated by groups like Climate Action Tracker, making them a good starting point. Governments should widely publicise and make accessible their public consultations for NDCs, which can eventually branch out into other policies on more specific issues such as public transport expansion, land development projects and electric vehicles. Climate activists can collaborate with other civil society groups to facilitate such consultations while furthering their agendas, as legislation often impacts more than just climate action. Crucially, this cannot happen without governments committing to giving civil society a stronger voice. This is something which activists already struggle with.

Currently, the onus falls on youths to seek information, but the motivation to do so can be hampered by the perception that they are not being heard.

In addition, youths have relatively low expectations for businesses and industries (79.5 per cent felt they were responsible for tackling climate change) compared to individuals (82.1 per cent). Most youths under 21 were unsure whether the private sector has a role to play in addressing climate change. This may indicate a lack of trust or knowledge regarding responsibilities beyond individuals.

The emphasis on individual responsibility is no coincidence. It has long been prevalent in schools through electricity-saving campaigns, for example. Though it can spread positive attitudes — 78 per cent of youths in the World Economic Forum survey were willing to adjust their lifestyles for the environment — education and sustainability experts are calling for climate education to go beyond “prescriptive behaviours” and cover the politics and ethics involved, to develop the critical thinking skills needed to “address the uncertainties of climate change”.

Educators should emphasise the links between individual consumption and corporate behaviour instead of presenting the former in a vacuum, and teach youths to critically observe company practices around them. For example, while consumers should choose sustainable products, many lack the information needed to make that choice. Such education can directly translate into simple yet impactful assignments, like writing to companies to call for transparent labelling or certifications. This can help youths recognise the importance of corporate accountability in any context.

While Southeast Asian youths have shown concern and willingness to tackle climate change, more can be done by governments and educators to invite younger audiences to think deeper about the social, political and economic nuances of their generation’s defining crisis. Climate change, after all, is an existential challenge that has to be tackled by this generation of youth. 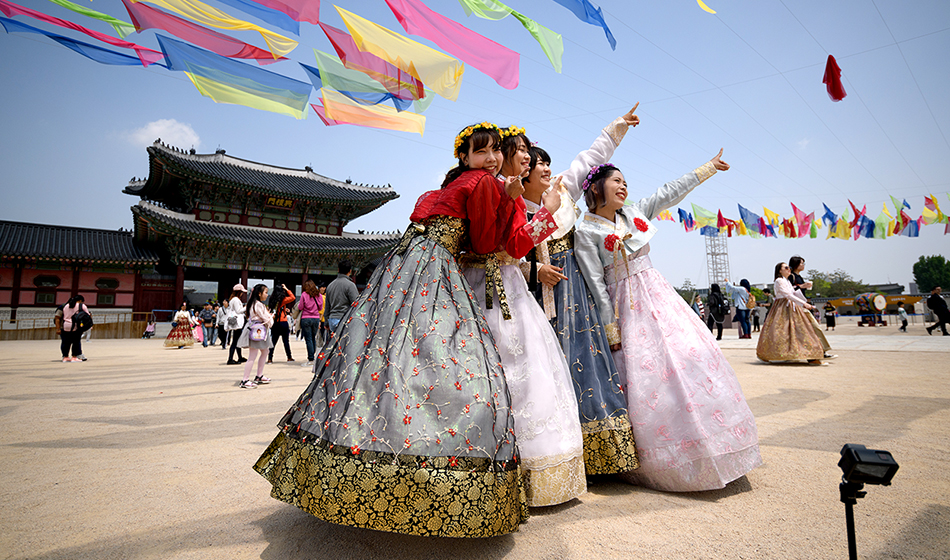 Assimilating Southeast Asian Migrants into South Korea: Expanding the Meaning of Being “Korean” 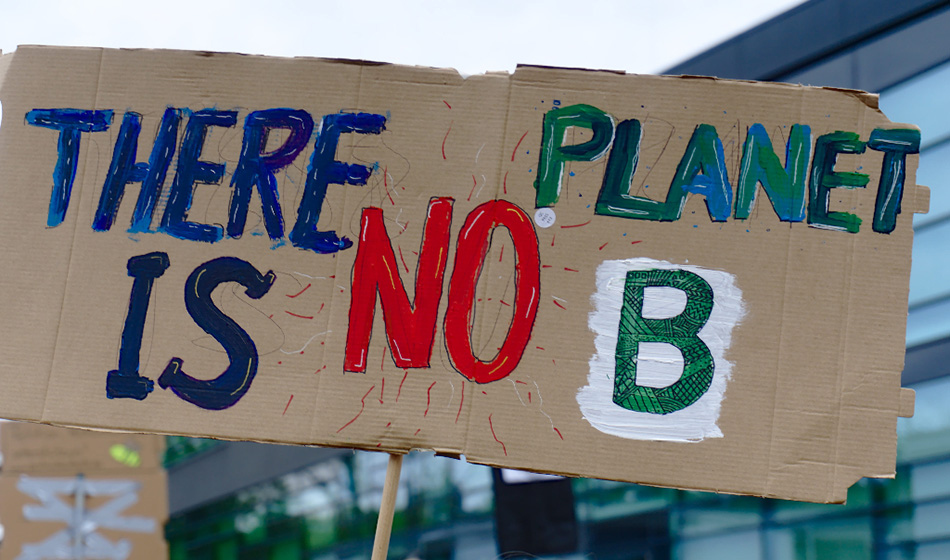 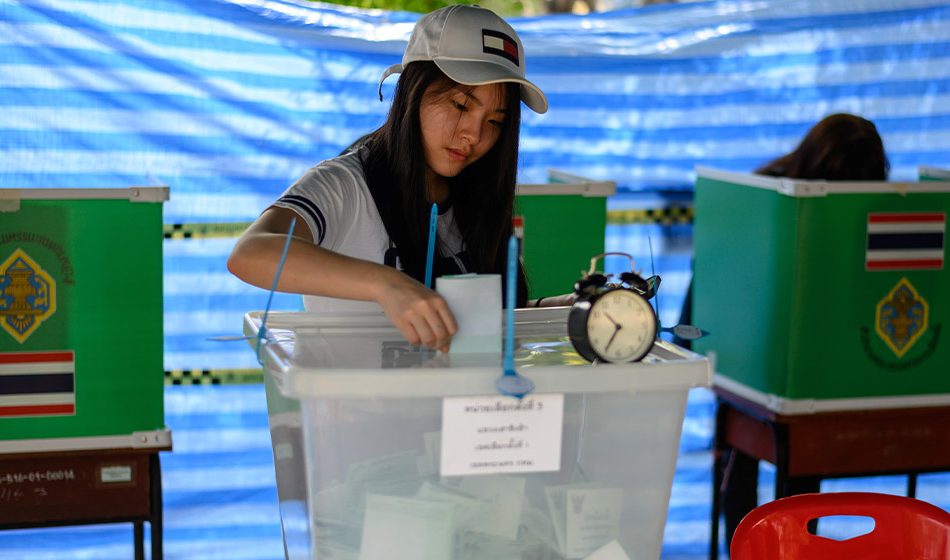