There is much virtue for smaller states, particularly those in Southeast Asia, in upholding high principles and expressing a desire for a rules-based regional order. These elements, however, are premised on continued stability in Sino-US relations, which is not guaranteed.

Caught in the Sino-American geopolitical scrum, smaller states in Asia, in particular Southeast Asia, have sought to avoid making choices between the two powers. The corollary of this, understandably, is the shared desire for stable US-China relations.

At a virtual meeting on 16 November between United States President Joseph Biden and Chinese leader Xi Jinping, Mr Biden underscored the importance of managing strategic risks, and the need to build ‘common-sense guardrails’ to prevent competition from sliding into conflict. Mr Xi said that the two powers needed to establish a basis for ‘non-conflict and non-confrontation’.

While the dialogue is welcome, the fact remains that the Sino-US relationship has ventured into new territory, as China makes greater strides in closing the military gap with the US. There are entrenched domestic political positions on both sides, and duelling over trade, technology, security and values.

Speaking virtually at a Bloomberg forum in Singapore recently, former US secretary of state Henry Kissinger noted that public opinion in America has shifted towards seeing China as a rival. A good example of this is Elbridge Colby’s The Strategy of Denial. The former defence official, who helped to write Washington’s 2018 National Defense Strategy, had a somewhat disconcerting recommendation: the US needs to fight a war ‘to prevent China and anybody else’ from dominating the region. This would involve an anti-hegemonic coalition to ‘agglomerate more power’ than an ‘aspiring hegemon’ and its confederates.

On China’s part, there is growing confidence in Chinese power and a concurrent perception that the US is in terminal decline. As the late Lee Kuan Yew put it, China’s awakened sense of destiny — the displacement of the US as Asia’s pre-eminent power — is an ‘overpowering force’.

There are already signs of an intensification in the Sino-US security dilemma. At the summit, Biden and Xi agreed to hold nuclear ‘stability talks’ to help reduce the risk of conflict. But the establishment of such safeguards would be a huge challenge.

What is more worrying is China’s nuclear expansion by building new missile silos and the development of newer platforms to deliver nuclear payloads such as hypersonic weapons.

The new arms race between China and the US comes at a time when there are few channels of communication. For nine months since he was at his post, US Secretary of Defense Lloyd Austin has not spoken to his Chinese counterpart. It was only at the Xi-Biden summit that the countries reportedly agreed to resume high-level consultations. In July, US Treasury Secretary Janet Yellen said the US had no intention to restart the Strategic and Economic Dialogue scrapped by former President Donald Trump.

… the Taiwan issue is the third rail amid Biden’s guardrails. If it crosses the threshold to open conflict, the shared desire for a rules-based order undergirded by high principles might prove to be irrelevant.

The intensified superpower competition, however, does not mean that smaller states in Southeast Asia are without options.

Vietnam and Singapore present classic examples of smaller states which are orchestrating manoeuvres that provide a modicum of agency. In fact, they have elevated their game: not merely a position of ‘taking no sides’ between China and America, but upholding high principles amicable for a regional order.

Vietnam has been adept at maintaining a balance between the two powers. It has invested heavily in regional entities that provide some ballast to regional stability: the Regional Comprehensive Economic Partnership (RCEP), the Comprehensive and Progressive Agreement for Trans-Pacific Partnership (CPTPP), as well as ASEAN and its franchise of regional institutions.

For Hanoi, supporting US-led entities such as the Quadrilateral Security Grouping and the so-called ‘free and open’ Indo-Pacific strategy (FOIP) would be a bridge too far, given Beijing’s sensitivity to such groupings. But Vietnam has expressed support for high principles such as freedom of navigation and overflight, which is tantamount to an implicit concurrence with the FOIP and the Quad.

Singapore, an ASEAN colleague endued with the same strategic foresight, is taking the same tack.

Speaking at a Fullerton Lecture on 9 November, Chan Chun Sing, the minister of education and a key member of Singapore’s fourth-generation leadership, spoke about how the CPTPP is a ‘clear example’ of the ‘power of geostrategic entrepreneurship’. Singapore, he added, takes ‘principled positions’ to uphold the role of international law.

The CPTPP, for example, is a classic example of the pursuit of a ‘rules-based, open and inclusive trading architecture’. Even if Beijing and Washington are unable to ‘come to terms’ in the short term, the rest of the world must come together to ‘uphold and update the global security architecture and trading system,’ Mr Chan added.

Singapore was instrumental in the birth of the TPP, the precursor of the CPTPP (the US withdrew from the former in 2017).

For Singapore and Vietnam, the bigger game is to uphold shared principles that enmesh major powers in Asia. This would help maintain an inclusive and rules-based order where neither China nor the United States dominates.

While creditable, such an approach can only go so far. Given the increasingly entrenched positions by China and the US on the issue of Taiwan, the island could present the most dangerous trigger point. At the summit, Xi used strong and strident language on Taiwan’s attempt to recruit US help for its independence agenda. He said that ‘those who play with fire will burn themselves’. While Biden expressed support for the long-standing ‘One China’ policy, he said that the US opposes any ‘unilateral efforts to change the status quo’.

In short, the Taiwan issue is the third rail amid Biden’s guardrails. If it crosses the threshold to open conflict, the shared desire for a rules-based order undergirded by high principles might prove to be irrelevant.

Singapore, for instance, might be called on by Washington to provide resupply and access to US naval ships going from the Persian Gulf toward the Strait. This would put the Republic in a quandary, and define its relations with China for a generation. Likewise, it would be difficult for many other regional states, in particular, US allies such as Australia, Japan, the Philippines and South Korea, to avoid making choices.

Given the high stakes involved, many regional states are hoping against hope that Sino-US stability will be preserved. 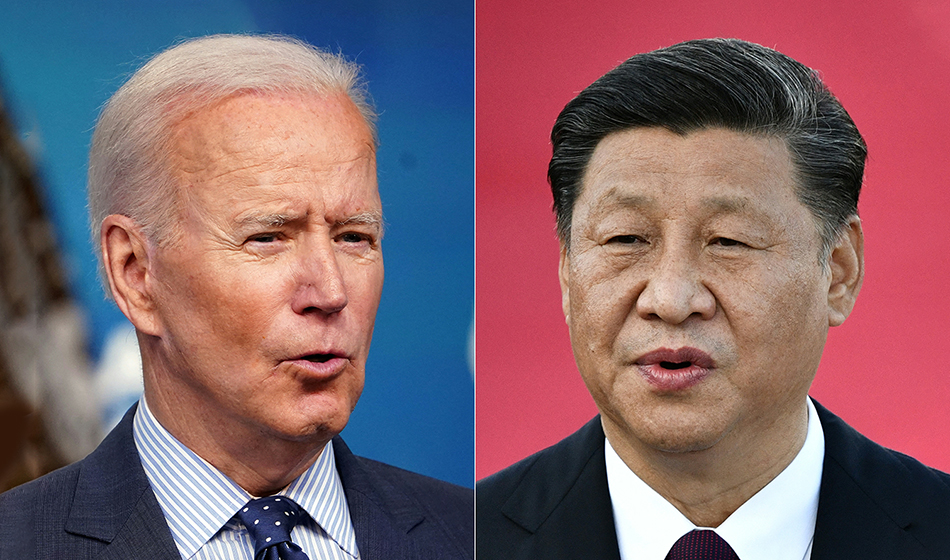 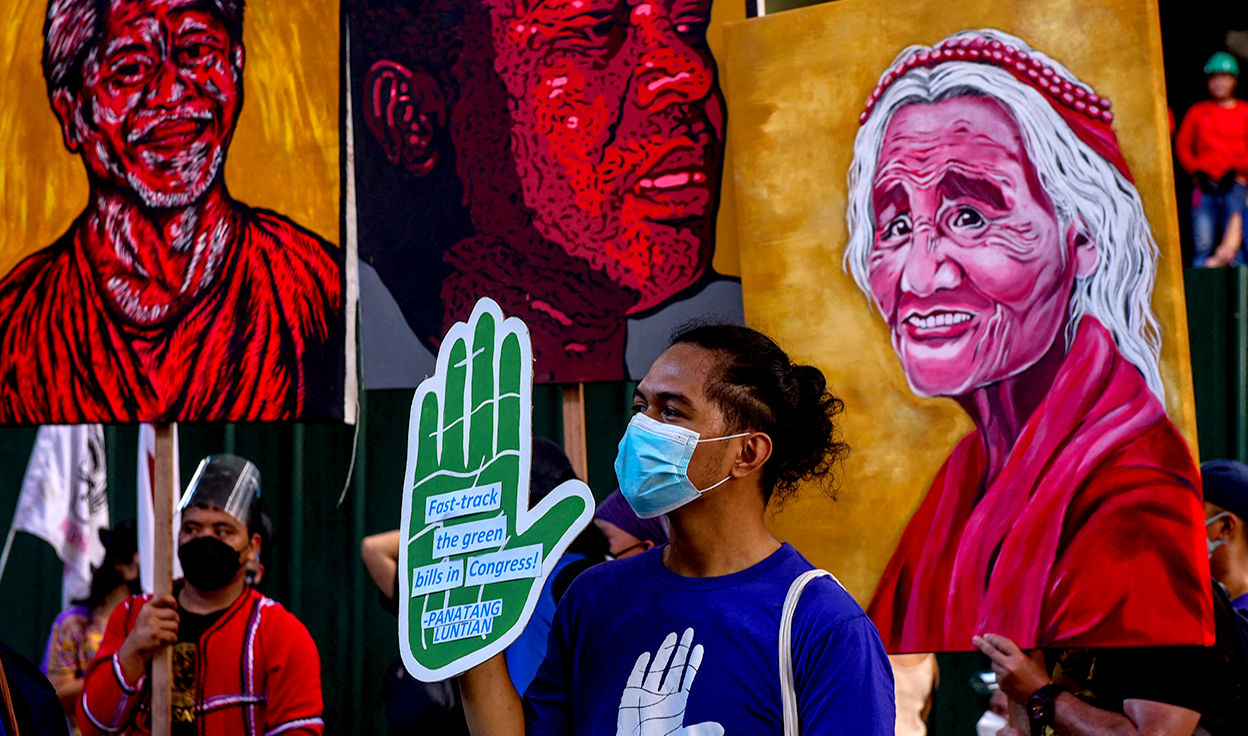