Former Malaysian Prime Minister Najib Razak made history today when he became the country’s highest-ranking official ever to be convicted in court. The judicial decision will help restore confidence in the country’s institutions, many of which have been eroded over the past four decades. The political ramifications are manifold, and could even involve a re-pairing of current premier Muhyiddin Yassin and opposition leader Anwar Ibrahim.

These seven charges are a subset of 42 accusations related to the mismanagement of the strategic investment fund 1MDB that took place under Najib’s premiership. Prosecutors allege that an estimated RM 4 billion lined the former premier’s pockets. The allegations of financial maladministration and former leader’s widely-perceived profligacy were contributing factors to the historic defeat of his Barisan Nasional coalition in the 2018 general elections.

The raft of charges pertaining to 1MDB are grouped into five different court cases, of which today’s ruling pertains to the first. In this case, the charges against Najib relate to the receipt of RM 42 million in exchange for government guarantees on a RM 4 billion loan from the public sector pension fund to a subsidiary of 1MDB, SRC International. These funds are alleged to have been for Najib’s personal use and were deposited into his account in three tranches.

While the amount of money and the charges related to this first trial are relatively small, the prosecution chose to begin with them as the evidence is compelling (including documented direct deposits into Najib’s personal account). Moreover, the money trail is largely confined to Malaysia, this making it easier to document and show financial misdeeds.

Sentencing will take place on Monday and sanctions for the seven charges are severe. The minimum prison sentence for criminal breach of trust is two years and could reach up to twenty. The other charges involve punishments ranging from fines, prison terms, and whipping. However, Najib is not going to prison any time soon, as there are a range of appellate mechanisms he can avail of – which he has stated that he intends to do.

While an ultimate decision is months or years away, it is hard to understate the importance of this case for Malaysia. It will help restore confidence in the country’s institutions, many of which have been eroded over the past four decades. In particular, the independence of the judiciary has been under question, with voters dismayed at the denouements of trials such as those of former Sabah Chief Minister Musa Aman as well as Najib’s stepson, Reza Aziz.

However, in a more immediate sense, the shockwaves from today’s ruling could be strong and far-reaching. First, the current prime minister Muhyiddin Yassin will get a much-needed boost. His majority in parliament is razor-thin, and Muhyiddin has consistently faced threats of a “no confidence” motion from the opposition. Furthermore, his fair weather coalition partners United Malays National Organization (UMNO) and Parti Islam Se-Malaysia (PAS) are eager to call snap elections – confident that they can capture the bulk of the Peninsula’s Malay-majority seats. They are also playing hardball in internal negotiations on seat allocations.

For his part, Muhyiddin favours holding elections later rather than earlier. Many members of his party, Parti Pribumi Bersatu Malaysia, won with narrow majorities in traditional rural seats or in urban locations by running on a reform campaign. Snap elections would see the number of Bersatu MPs significantly reduced, further weakening his position in any coalition.

Coupled with his steadfast handling of the Covid-19 outbreak, today’s ruling is likely to help Muhyiddin project an image of capable leadership. Coming in the wake of questionable appointments of political figures to government-linked corporations, the decision is a tangible result that will appeal to disaffected urban voters.

Muhyiddin and Anwar Ibrahim, the head of PH-Plus, would make for strange bedfellows … But this tag team would resolve many of the now defunct Pakatan Harapan’s internal tensions.

For Najib’s UMNO, the comprehensive and sweeping nature of the verdict is a blow to the party’s prestige, which has already taken a hit in recent years. It is even possible that UMNO could leave the ruling coalition in protest at what it sees as unfair targeting of one of its leaders. Should this happen and Muhyiddin lose his majority, parliament could be dissolved and elections called.

Yet, there are several issues at play. One of the key outcomes of Najib’s guilty verdict is that, while he can keep his parliamentary seat whilst his case is on appeal, he is barred from contesting in any election. Najib is also prohibited from holding an official position in a political party. Thus, pushing for snap elections would effectively consign the former supremo to the political wilderness.

Another outcome of UMNO’s departure from the ruling coalition is that it could throw Muhyiddin Yassin’s PPBM and the opposition grouping Pakatan Plus back together again to secure a parliamentary majority. Both factions prefer holding elections later rather than earlier, and both will gain from Najib Razak’s political demise. This would indeed be another first: Muhyiddin and Anwar Ibrahim, the head of Pakatan Plus, would make for strange bedfellows (this pairing would most likely leave out former premier Mahathir Mohamed). But this tag team would resolve many of the now defunct Pakatan Harapan’s internal tensions. For Najib, this would be akin to twisting the dagger in the wound. 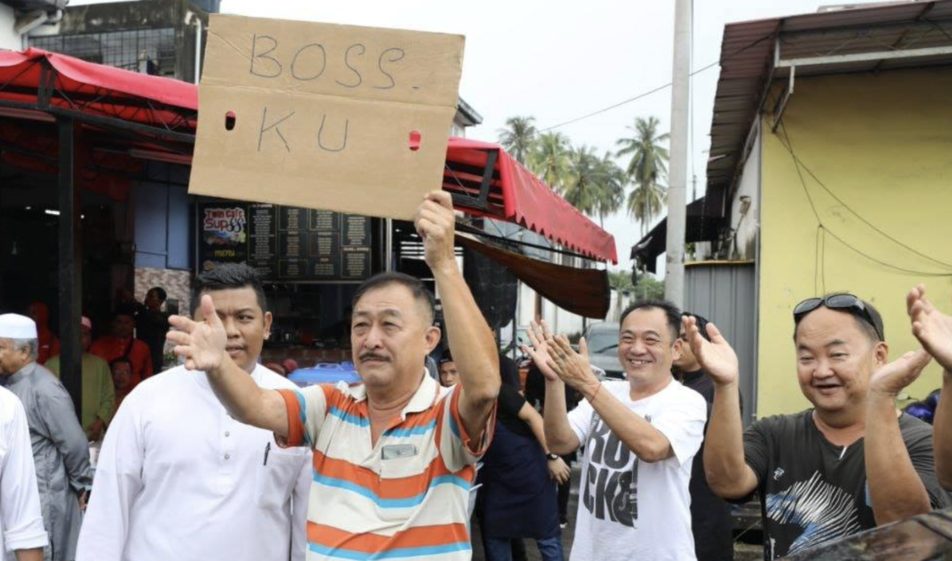