As Southeast Asian countries look for Covid-19 vaccines to protect their populations, two things matter: reliability and availability. For now, China — rather than Western sources — ticks the correct boxes.

Southeast Asian countries have generally adopted a strategy of diversification for their national Covid-19 vaccine portfolios, being careful to avoid relying on one single source of vaccines. At the time of writing, all countries in the region (save for Vietnam) have purchased or have secured vaccines donated by China, while balancing their inventories with other Western (and occasionally Russian) vaccines and through participating in the COVAX Facility, the global vaccine-sharing initiative.

Even Indonesia — whose sizeable order of 125 million Sinovac doses makes it the biggest importer of Chinese vaccines in the region, if not the world — has not depended solely on China to fill up the entirety of its vaccine stock. Sinovac forms only a third of the country’s vaccine portfolio, and Indonesia is looking to AstraZeneca, Novavax and Pfizer to meet the rest of its vaccination needs. This avoidance of outright dependence on China is also true of countries such as Malaysia and the Philippines (Table 1). In general, Southeast Asian countries have designed their vaccine portfolios such that China is only a major — rather than the predominant — vaccine source within them. A notable exception is Cambodia, which is heavily reliant on Chinese vaccines. COVAX is its only other source of vaccines.

The steady frequency of China’s deliveries thus makes its vaccines an attractive prospect for countries seeking to maintain the momentum of their national vaccination programmes.

There have been some concerns about the relative effectiveness of Chinese vaccines. However, for many countries racing to immunise their people amid new spikes from more infectious Covid-19 variants, it is a considered matter of balancing vaccine efficacy and availability. China appears to have a slight advantage in terms of actually fulfilling the region’s orders and sending regular shipments of Covid-19 shots in sufficient quantities. For instance, out of the 10.5 million Sinovac shots ordered by Cambodia to date, China has delivered the first tranche of 1.5 million shots on 26 March and two monthly batches of 500,000 shots each on 17 April and 15 May. This is on top of the donations of 600,000 Sinopharm shots on 7 February, 700,000 shots on 31 March, and 400,000 shots on 28 April. Similarly, Indonesia has received consistent shipments of the Sinovac vaccine. The most recent delivery of 8 million doses on 31 May means that China has fulfilled almost 75 per cent of Indonesia’s total Sinovac order (or 93 million out of the 125 million doses). Even Vietnam, which had avoided the use of Chinese vaccines, has recently given regulatory approval to Sinopharm (the country has not, however, reportedly made any orders.)

The regularity of China’s vaccine shipments stands in stark contrast to delays from other manufacturers and suppliers. For instance, on 7 April, the Indonesian health minister revealed that the government was mulling over the possibility of purchasing an additional 90-100 million doses from China in order to cope with the delayed delivery of around 100 million AstraZeneca shots. The shipment of Western vaccines to Southeast Asia in the first half of 2021 has been particularly erratic, especially since the United States and the European Union have adopted policies that amount to a quasi-export ban on vaccines. Ursula von der Leyen, the president of the European Commission, has insisted that AstraZeneca prioritise the delivery of vaccines to the European continent. The United States has invoked the Defence Production Act, which obliges firms to first fulfil American contracts before attending to other orders while also restricting the export of vaccine raw materials until only six weeks ago.

Furthermore, expected deliveries under COVAX have significantly fallen short of expectations, with the Facility remaining short-funded and vaccine supplies remaining tight — the latter being the result of India’s heavy Covid-19 caseload recently. The steady frequency of China’s deliveries thus makes its vaccines an attractive prospect for countries seeking to maintain the momentum of their national vaccination programmes. As Cambodian Prime Minister Hun Sen avers, “without assistance from China, maybe we will not have vaccines for our people”.

Moreover, there are logistical factors favourable to the shipment of Chinese vaccines. Other than the shorter flights involved, Sinovac and Sinopharm are both inactivated vaccines, which makes storage and last-mile deliveries a lot less burdensome. Sinovac and Sinopharm need to be kept at temperatures of between 2 to 8°C, while the mRNA-based Moderna and Pfizer vaccines require temperatures of at least -20°C and -70°C, respectively. AstraZeneca also has to be kept at only regular fridge temperatures, which explains its popularity among many countries. For countries already short on time and money to battle the pandemic, developing extensive cold-chain capabilities can be a distraction; worse, a daunting challenge.

Additionally, China has been willing to enter into fill-and-finish agreements with Indonesia and Malaysia. The two countries receive the bulk vaccine materials (or vaccine concentrates) from China which can then be processed into individual shots domestically. Other than reducing costs, the fill-and-finish arrangements enable more vaccines to be made available since it reduces the production burden on China’s end.

Arguably, China’s current advantage may be short-lived as the G7 gears up to donate 1 billion shots to the developing world in the coming months. Supplies from the West are expected to increase since countries like the United States and the United Kingdom are finishing up their domestic vaccinations and will thus be able to release their spare shots. However, for countries desperate for a secure supply of vaccines, lofty promises of future donations are not as robust an assurance as China’s reliability in fulfilling the region’s orders over the past few months. 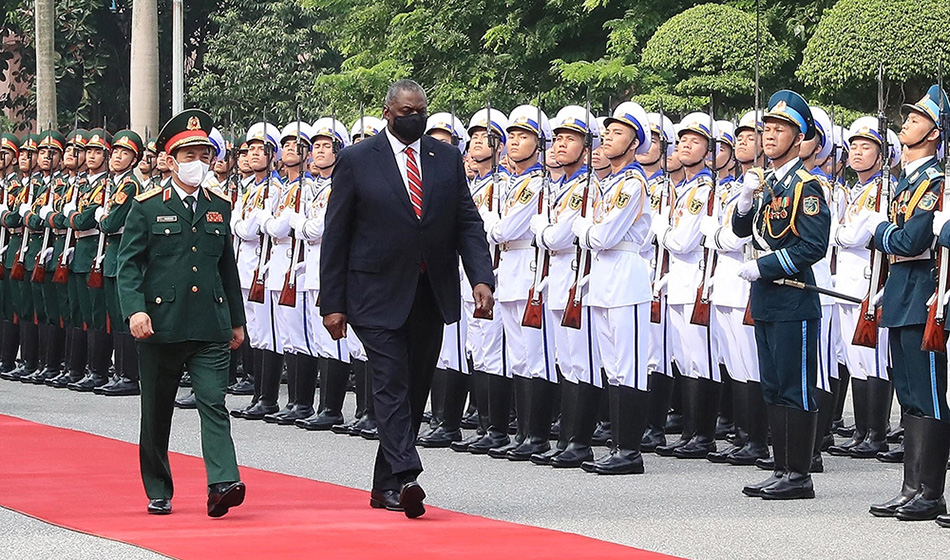