The Tatmadaw’s seizure of power in Myanmar will wind back Myanmar’s nascent democracy several decades. The costs to the country are incalculable.

Myanmar is hogging global headlines again. In the early hours of 1 February, the military moved swiftly to detain Daw Aung San Suu Kyi and other senior members (and party elders) of the National League for Democracy (NLD) administration. The Tatmadaw, as it is known, declared a “state of emergency” and seized executive power to “perform scrutiny of the voter lists” within a one-year timeframe. By the evening of 1 February, the military had appointed a new cabinet comprising mainly Union Solidarity and Development Party (USDP) members and military officials. This required the resignation of the NLD government. Troops in major cities and towns are watching over a tense – but quiet – atmosphere.

The current state of emergency threatens to erase the gains of Myanmar’s nascent democracy – with all its imperfections, sending Myanmar’s democracy back several decades. With the new cabinet appointments replacing the NLD government, the political future of Aung San Suu Kyi, the NLD, and other civilian political parties hangs in the balance. Notification 1/21 from the Commander-in-Chief’s office included a promise to hold elections after a list of tasks had been completed, and a transfer of power to “the winning party meeting norms and standards of democracy”.

Those with longer memories will draw the historical parallel here. The promise borrows, quite eerily, a similarly worded statement by the State Law and Order Restoration Council (SLORC) in 1988. After seizing power in a bloody coup in September 1988, one of the SLORC’s initial promises was to hold elections in two years and transfer power to the winning party. The SLORC did convene multi-party elections in 1990, in which the NLD won an overwhelming majority. Many international observers acknowledged the elections were free and fair. But the SLORC moved to nullify the election results by issuing a clarification that the election winners should participate first in a constitutional convention before they could take office. With this history of broken promises, people may view the military’s latest set of promises – which also include undertakings to address Covid-19 prevention and recovery needs – with more scepticism than optimism.

This scepticism may outweigh other sentiments. The NLD already had a response and recovery plan to deal with medium and long-term challenges of the pandemic. The imposition of emergency rule raises questions as to continuity of these plans and the extent to which external partners – including international financial institutions – are willing to engage with the military regime. This is particularly so for Myanmar’s economic partners, who will most likely adopt a “wait and see” approach before they re-engage with the new military junta in power.

Though individual ASEAN members hold differing views on the state of emergency in Myanmar, Brunei, the ASEAN Chair, has issued a statement emphasising the importance of adhering to the “principles of democracy, the rule of law and good governance, respect for and protection of human rights and fundamental freedoms”, as well as importance of political stability for ASEAN. ASEAN is no stranger to political ructions in Myanmar, having closely monitored developments there since 2003, when supporters of the then military regime attacked Aung San Suu Kyi’s convoy outside Depayin in central Myanmar, killing about 70 NLD supporters. Then, ASEAN kept an item on its discussion agenda, requiring the Myanmar representative to update his counterparts on the situation in the country and efforts by the military regime to address ASEAN’s recommendations. With the peaceful transition of power after the 2015 elections in Myanmar, ASEAN took this item off its agenda, but re-introduced it when the Rohingya crisis broke in 2017.

The present military regime’s foreign minister Wunna Maung Lwin is no stranger to this reporting requirement, having first-hand experience during his stint as foreign minister in the USDP administration over 2011-15. Such an update may not seem much, but it illustrates what ASEAN can feasibly do to remind its recalcitrant member that Myanmar’s domestic issues do affect regional interests.

What does the military really want?

The military crafted its takeover in language that emphasised upholding the Constitution. There were rumours of a coup in 2017, which did not materialise. Analysts held the view then that General Min Aung Hlaing, the Commander-in-Chief, was probably prepared to see out the NLD’s first term in government, and then assess options for his own projected political role. As he reaches retirement age this year, the military takeover may be a means by which he can realise his political ambitions.

At a broader level, the military itself may be reacting to a perceived lack of acknowledgement of its role in the democratic transition and ensuring national security. The NLD’s refusal to convene meetings of the National Defence and Security Council, and repeated moves to amend the 2008 Constitution, may have also stoked the military’s concerns of being side-lined.

At a broader level, the military itself may be reacting to a perceived lack of acknowledgement of its role in the democratic transition and ensuring national security.

These deeper-seated concerns constitute the red lines that the Tatmadaw does not seem willing to negotiate or compromise on. In the view of the Tatmadaw and Commander-in-Chief, the NLD had crossed those red lines repeatedly. As such, the Tatmadaw could well have damned the torpedoes, and discounted away the cost of international recriminations, the impact on the economy, and the further narrowing of Myanmar’s manoeuvring space in its external relations.

The NLD Chair’s official Facebook page (verified by Facebook) has carried an image of a request from Aung San Suu Kyi, endorsed by NLD elder U Win Htein, calling for supporters to resist the military takeover. Amid speculation about whether the letter is genuine (despite confirmation by the NLD press officer), younger NLD supporters may interpret this as a call to take to the streets. Win Htein has qualified that the call was for “non-violent civil disobedience” in the tradition of Aung San Suu Kyi. The fate of anti-coup protests in 1988 and the 2007 Saffron Revolution are salient reminders that the military does not hesitate to use force as a response to peaceful protests.

With all these uncertainties, it behoves the Tatmadaw to publicly engage with the people on how it will carry out the tasks set within the one-year timeline, and show results in continuing with plans to combat the Covid-19 pandemic. A practical focus to deliver results on issues that affect the daily lives of people in Myanmar may earn the Tatmadaw some much-needed credibility that perhaps this time they may keep their promise. This might well be hoping against hope, but for the Myanmar people, hope is all they have, for now. 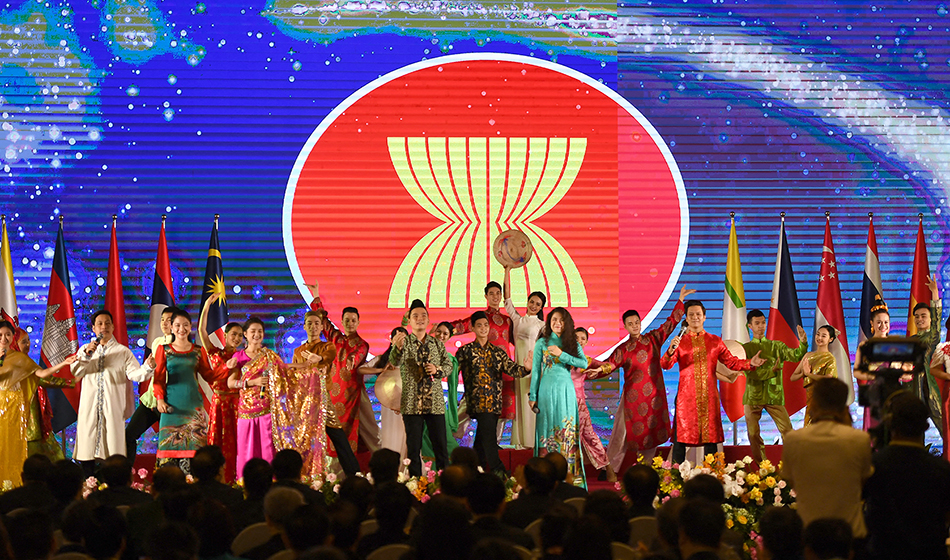 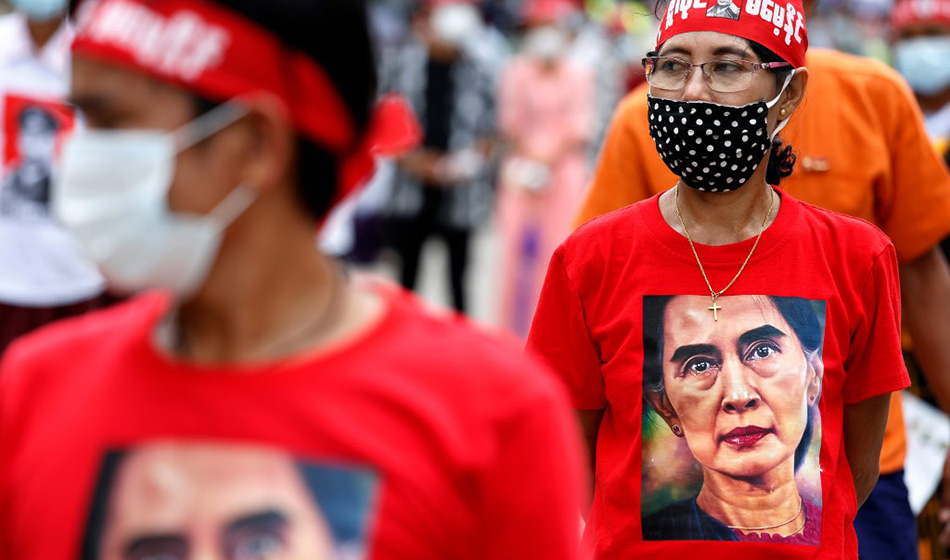 Myanmar’s 2020 Elections: The State of Play 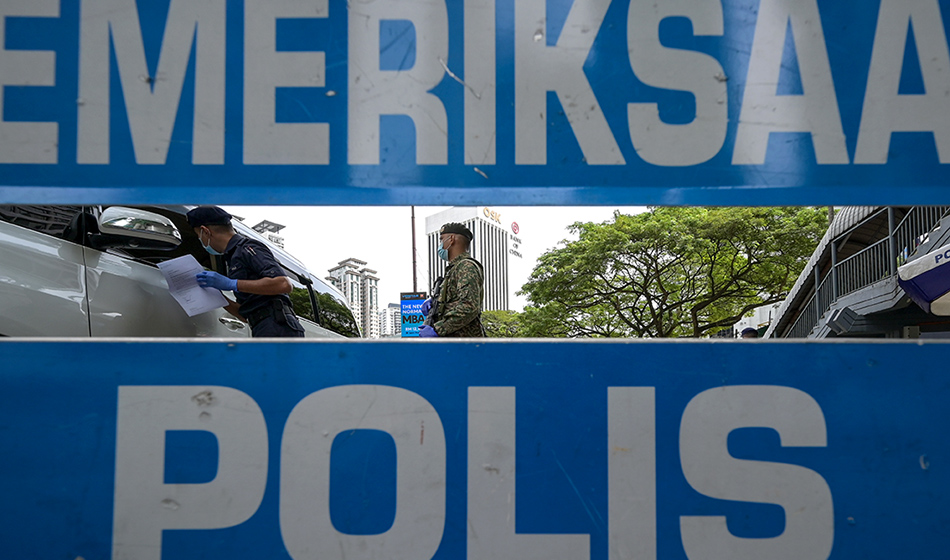