HOME ARTICLES The Coup in Myanmar: ASEAN Is Not Without Options

If ASEAN is serious about upholding the principles enshrined in the ASEAN Charter, there are ways to help guide Myanmar back toward the path of democratisation.

Following the breaking news in the early hours of 1 February 2021 that Myanmar’s military junta had placed key National League for Democracy (NLD) leaders and senior government officials under house arrest and declared a state of emergency in the country, governments around the region had mixed reactions. Singapore was the first to express “grave concern”, followed by a strong statement from Indonesia calling for observance of the ASEAN Charter principles and adherence to the rule of law. Malaysia expressed “serious concern” and expressed strong support for the democratic process.

In stark contrast, Thailand and Cambodia – the former still under quasi-military rule and the latter’s premier coming to power through a coup himself – maintained that what was happening in Myanmar was an “internal matter”. Southeast Asia’s oldest democracy, the Philippines, said on Monday it was an internal affair and that their concern lies with the safety of their nationals in Myanmar. A day later, Manila changed its tune, saying that it viewed the situation in Myanmar with “deep concern”.

Strong words of condemnation came swiftly from the Australia, India, Japan, the United Kingdom, the United States and the United Nations Secretary-General. But in China, Xinhua news reported that a “major cabinet reshuffle” had taken place in Myanmar.

With ASEAN country positions poles apart, observers held no hope of seeing a strong consensus statement emerge. Rather, they expected that ASEAN would go back to its default position of maintaining non-interference and non-intervention.

To its credit, Brunei as the ASEAN Chair issued a statement later on Monday through the ASEAN Secretariat. Such a move typically means that where ASEAN members cannot agree on a collective statement, the ASEAN Chair retains the prerogative to issue a statement on developments or events. Nevertheless, ASEAN members were still consulted on the ASEAN Chair’s statement, including Myanmar, the country in question. In its short four-paragraph statement, the ASEAN Chair made four succinct points. ASEAN member states are following events closely in Myanmar; Brunei said that the principles of the ASEAN Charter – including adherence to principle of democracy, the rule of law and respect for and protection of human rights and fundamental freedom – should still stand. The Chair added that domestic political stability is essential to a peaceful, stable and prosperous ASEAN Community. Finally, it called for a return to dialogue, reconciliation and normalcy “in accordance with the will and interests of the people of Myanmar”.

This statement may sound anodyne but no one should have a quarrel with the insertion of the reminder to observe the fundamental principles of the ASEAN Charter. At this, the ASEAN Chair cleverly made its points on the correct side of international law without refuting ASEAN’s long-standing principle of non-interference. This present statement is a slight deviation from the last statement that ASEAN made after the 2014 coup d’etat in Thailand. What is new in this iteration is the fact that the group recognises that collective goals can be undermined by member state’s political ructions.

Back in 2014, Myanmar was seen as progressing well on its road to democratisation. ASEAN was confident that Myanmar would be able to manage the ASEAN Chairmanship. Looking back, the abject irony is that Myanmar, as the ASEAN Chair then, issued an ASEAN Foreign Ministers’ statement on the situation in Thailand calling for peaceful resolution, reiterating the importance of the democratic process, for normalcy “in accordance with the will and interests of the people of Thailand”.

It all sounds familiar except that this time, ASEAN is far further along the process of regional integration and community-building since 2015 when the ASEAN Community blueprint was launched. Today, ASEAN faces many more challenges, not least the ones brought about by the on-going Covid-19 pandemic. Pax Americana, as Southeast Asia knows it, is over and the global world order has changed irrevocably.

ASEAN needs to be proactive if it wants to bring about desired national reconciliation in Myanmar and consequently the progress that ASEAN wants to see. Although the next scheduled ASEAN Foreign Ministers’ meeting is not until the first week of August 2021, there are ways in which ASEAN can drive this forward.

It is up to ASEAN to decide whether it wants to let 2021 Myanmar coup slide like it did with the 2014 Thai coup, or take charge and better the region’s joint destinies.

First, it should establish an ASEAN-led commission to investigate the military junta’s allegations of electoral fraud. This commission should be headed by a mutually respected senior ASEAN personality trusted by all sides. For the commission’s findings to be accepted at the international level, support must come from ASEAN’s external stakeholders such as the United Nations, China, the US and other Dialogue Partners. The selection of the commission members must be transparent from the get-go and may require consultations with key stakeholders both inside and outside Myanmar.

Second, ASEAN should secure the agreement of the military junta to dial down to a state of limited emergency, refrain from the use of force against civilians and allow the functioning of government with specified conditions between the NLD and the military (but more critically, with support from ASEAN). This will allow the management of the Covid-19 pandemic and vaccination programmes to carry on and for longer economic recovery plans, some that involve Dialogue Partners and international financial institutions, who may be more willing to engage with sufficient assurance and cover from ASEAN.

Finally, there should be a longer-term, ASEAN-led effort to put Myanmar back on the road to democratisation with a negotiated roadmap, including new, free and fair elections (if indeed the 2020 elections were found lacking).

The recent turn of events is a big loss not only to the people of Myanmar but also to ASEAN. It is up to ASEAN to decide whether it wants to let 2021 Myanmar coup slide like it did with the 2014 Thai coup, or take charge and better the region’s joint destinies. 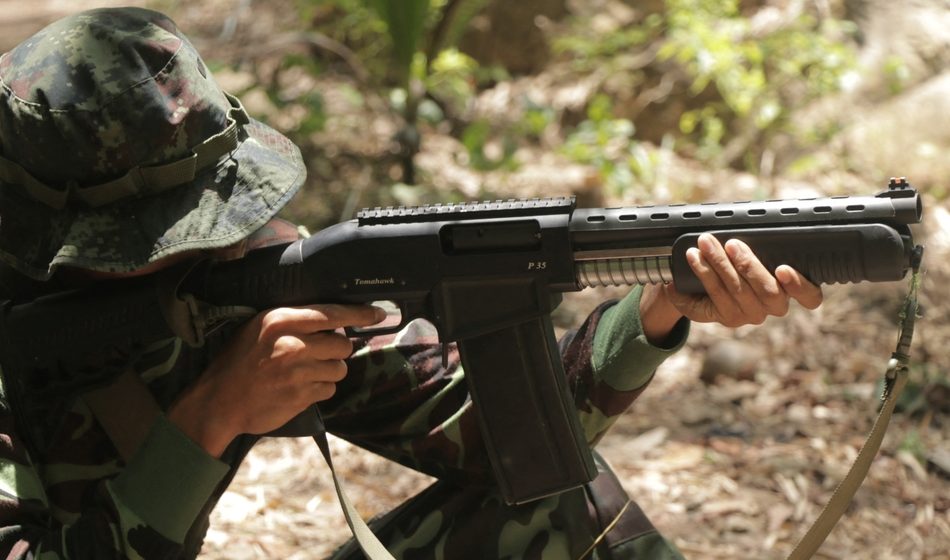 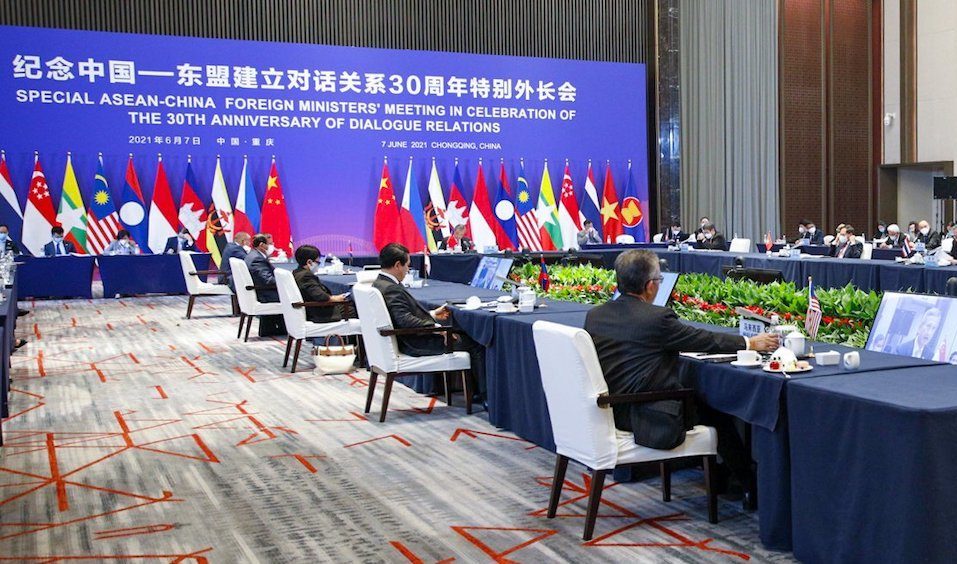 A New Height of ASEAN-China Relations? Not Quite, Not Yet 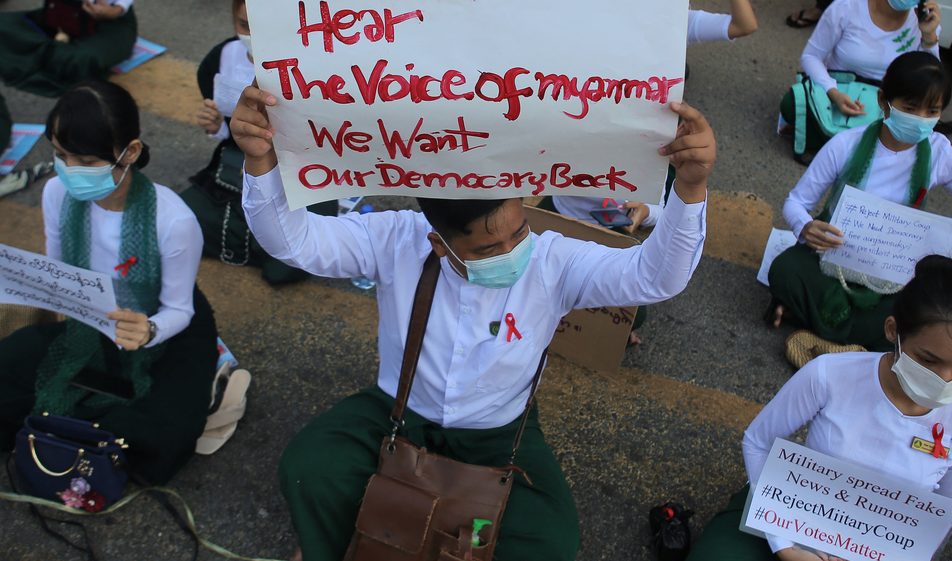