Peace is getting another chance in the Patani region of South Thailand, with plans to initiate dialogue between Thai authorities and the armed separatists of the Barisan Revolusi Nasional (BRN) in Malaysia next month.

A plan to initiate dialogue between Thai authorities and the armed separatists of the Barisan Revolusi Nasional (BRN) in Malaysia next month will bring a ray of hope to the predominantly Muslim Patani region of South Thailand. This, however, is predicated on stakeholders compromising for the sake of lasting peace.

Delegations from Bangkok, led by newly appointed chief negotiator General Wanlop Rugsanoh, and from the BRN, headed by Anas Abdulrahman, met for the first time in Kuala Lumpur on 20 January. Their meeting explored possibilities for renewing the peace talks between the two sides. It led to an agreement to jump start the process again in March, with Malaysia’s good offices.

If the history is any guide, key factors for the success of the upcoming peace process will be Bangkok’s willingness to accept the decentralization of administrative power over the Deep South, whether its interlocutors are authentic representatives of the separatists, and the participation of an honest peace broker.

It remains to be seen if the stars are all aligned. The violence that erupted in early 2004 has killed more than 7,000 people in Thailand’s three southernmost provinces of Pattani, Yala and Narathiwat and adjacent parts of Songkhla. Bangkok understands that the roots of the violence orchestrated by Muslim insurgents lie in the grievances of people with a distinct ethnic-religious identity. A vast majority of the population of the region are Muslim Malays who want to enjoy their unique way of life in a predominantly Buddhist country. Many members of the Bangkok elite, however, view crime and local political conflicts as crucial factors behind the violence. Thai authorities have relied on search-and-destroy military operations to contain the violence, but they have failed to restore the peace so far.

Previous attempts to restore the peace have been relatively ineffectual. The Thai government initiated peace talks for the first time in 2013, during the administration of Prime Minister Yingluck Shinawatra. Three rounds of dialogue with the BRN enabled the two sides to know each other better, but failed to yield any results. The failure was due to poor management of the talks and, more importantly, to political turmoil in Bangkok. In 2014, Yingluck was toppled by a group of generals who were less supportive of the peace efforts.

A major problem for Thai authorities is that they do not know their negotiating counterparts well.

The military government under General Prayut Chan-ocha sought an international image of working toward peace in the region, but it changed its chief negotiator three times without making any concrete progress toward peace. While saying that it championed the cause of peace in the Deep South, the 2014-2019 military government did not have a clear policy on the talks. Military commanders who oversaw the restive region sometimes rocked the boat. For example, in 2018 Lieutenant General Piyawat Nakwanich, then serving as Fourth Army Region commander, bluffed the government’s own negotiating team as it tried to make a deal with the insurgents on safety zones. The general said that the Army had already set up safety zones of its own, but failed to acknowledge that violence persisted in those zones.

The new chief negotiator General Wanlop, who assumed the position in October last year, has shown confidence in his meetings with the BRN. It, however, remains unclear whether the new government, still under the leadership of General Prayut in the premiership, has given him a full mandate to negotiate or how far he will be allowed to go. Judging from the previous talks, Bangkok would neither recognize the insurgents on an equal basis nor discuss political matters with them. The Thai government has declared that it wants peace; that said, it will not change the status quo of centralized administration.

A major problem for Thai authorities is that they do not know their negotiating counterparts well. Representatives of the separatists to the peace talks have changed several times since the talks began – from BRN to MARA Patani during the 2015-2019 period, and then back to BRN this year. Formed in 2015, the Majlis Syura Patani (or MARA Patani) claimed legitimacy as an umbrella organization of which BRN and several other now-defunct separatist groups were members. But Thai intelligence did not have a clear understanding of its structure or chain of command. The persistence of violence in the southernmost provinces during the talks sent a clear message that fighters on the ground neither recognized the organization nor the putative peace process. Known as radical militants since the 1960s, the BRN, whose organizational chart is also unclear, sometimes communicated to the public through the local media that it was not part of MARA Patani.

The idea of having direct talks with the BRN was raised early last year, when MARA Patani decided to suspend talks following a miscommunication with the Thai delegation. General Wanlop has said that he is reassured that he is talking to the right person and right group this time. Observers say that Anas is a real BRN leader, but they doubt his leadership abilities and capability as a commander.

A final – and critical – element to fruitful talks is an honest broker. While Thailand agreed to have Malaysia facilitate the meeting, Kuala Lumpur was never non-partisan; in fact, it was Malaysia who brought the insurgents to the negotiating table. The insurgents are familiar with Malaysian officials, but not to Thai officials. Many insurgents facing arrest warrants and bounty on their heads in Thailand have sought shelter in Malaysia. Some of them hold dual nationality. The historic 2018 election in Malaysia, which swept a new political coalition to power, has also affected the peace process. It was Prime Minister Mahathir Mohamad chosen the new facilitator who brought the BRN into that process. At the same time, Malaysia should be regarded as a stakeholder, not a mediator.

While trust in Malaysia has to be built, Bangkok has consistently rejected BRN calls to have impartial mediators and international observers involved in the peace process. Thailand has sought to confine the chronic conflict to the realm of domestic affairs. In order to appear flexible, Wanlop has said that he might allow international observers in their individual capacities rather than as representatives of their organizations. Such a decision might not have a significant impact on the peace process. More importantly, it does not augur well for the considerable enterprise of restoring peace to the Deep South. 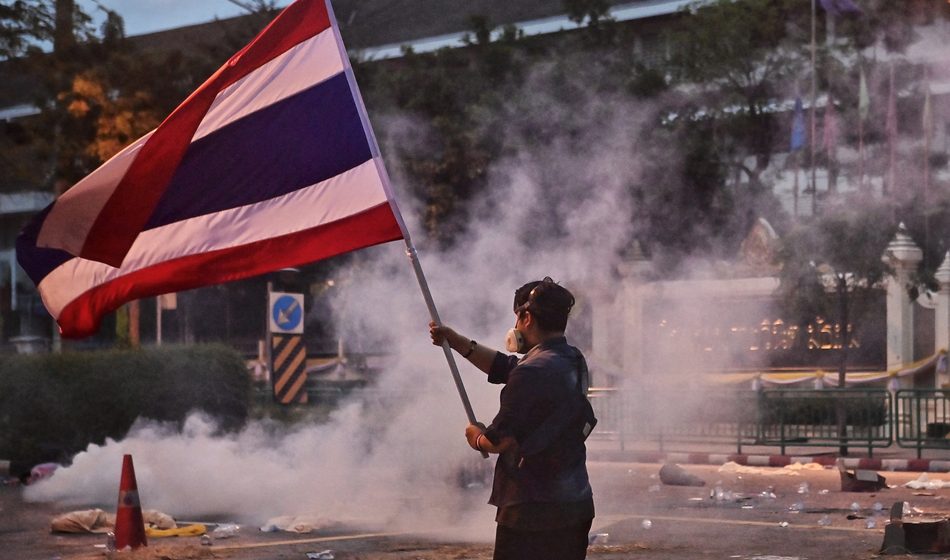