While the recent reshuffling of its executive committee and a proposal to revise Thailand’s electoral system, Thailand’s ruling Phalang Pracharat Party is well-placed to contest the country’s next round of elections.

Thailand’s ruling Phalang Pracharat Party (PPRP) reshuffled its executive committee last month. This rearrangement, together with the Thai Parliament’s push for amendments of the Constitution, signals the party’s readiness for possible general elections by next year. The party assembly re-elected General Prawit Wongsuwan as party leader and voted for Thammanat Prompow as secretary-general. Mr Thammanat, the Deputy Minister of Agriculture and Cooperatives, ran unchallenged. He replaces Anucha Nakasai. Mr Anucha is a leader of the party’s “Three Friends” faction— a group of former Phuea Thai Party MPs that played a vital in supporting the PPRP in the Northeast in the 2019 elections.

Mr Thammanat’s latest appointment demonstrates how seriously the party is now preparing for elections. He played a vital role in the PPRP’s victory in the 2019 elections and in subsequent by-elections in several provinces. In May, he survived a Constitutional Court ruling on his eligibility for a ministerial post, following revelations about his 1994 drug trafficking conviction in Australia. Having consolidated his position in the PPRP, Mr Thammanat is likely to deploy his professional skills to recruit politicians from other parties into the PPRP. His local networks and vote canvasser teams will also be utilised to support the party’s candidates against opposition party candidates. These factors may help tip the balance in the PPRP’s favour in coming elections.

Mr Thammanat is also expected to support Police General Chakthip Chaijinda, the PPRP candidate in the upcoming Bangkok gubernatorial elections. Bangkok’s voting patterns tend to diverge from those outside the capital. In the provinces, electoral networks and alleged vote-buying are commonplace. Bangkok voters, on the other hand, are believed to be more concerned with parties’ platforms and candidates’ qualifications. Still, the polls in the capital are very important to the PRPP; control of Bangkok will increase its chances of hanging on to power after the general elections.

Mr Thammanat’s role in the PPRP has gradually increased in the past year, due to his work to hold the coalition government together. Power struggles between different factions (the PPRP has 20 factions in its ranks) have in fact given Mr Thammanat the upper hand in party management. In June 2020, the technocrat faction led by former Finance Minister Uttama Savanayana was forced to relinquish the secretary-general position, which was taken up by Mr Anucha from the Three Friends faction. The recent reshuffling of the PPRP’s executive committee and Mr Thammanat’s latest appointment as secretary-general has now weakened Mr Anucha’s faction. More importantly, the People’s Democratic Reform Council (PDRC) faction left the PPRP in February 2021 after its leaders were jailed for insurrection by the Criminal Court over the anti-government protests of 2014. That faction grouped participants in the 2014 political movement against Yingluck Shinawatra’s administration under the leadership of former Democrat Party member Natthaphon Thipasuwan. Now, the same factional infighting that has allowed Mr Thammanat and his supporters to gain more power in the PPRP will enable them to shape its new power structure.

In Thailand’s fluid politics, where party affiliation and factional loyalties are deemed secondary to the grand goal of being part of a ruling coalition, erstwhile allies of the PPRP could play a significant role in supporting the party to form a strong coalition government after the next round of elections.

The decline of some PPRP factions by no means signals the end of their members’ political careers or even of their relationships with the party. Leaders of these factions have a tendency to split up and subsequently set up new parties. The technocrat faction members, for example, may join former Phuea Thai party stalwart Sudarat Keyuraphan’s new Thai Sang Thai or Nation Building Party. There is also a rumour that the PPRP will support the technocrat faction’s move to establish a new party as a means to secure votes — and thus party-list parliamentary seats supporting another PPRP-led coalition. The members of PDRC faction also aim to establish a new party which could possibly return to the PPRP fold. In Thailand’s fluid politics, where party affiliation and factional loyalties are deemed secondary to the grand goal of being part of a ruling coalition, erstwhile allies of the PPRP could play a significant role in supporting the party to form a strong coalition government after the next round of elections.

The PPRP has also set up changes in Thailand’s voting system that would benefit bigger parties like itself. On 24 June, the Parliament voted for a draft constitutional amendment on the two-ballot voting system, featuring 400 constituency seats and 100 party-list seats in Parliament and proposed by the Democrat Party. The current mixed-member apportionment (MMA) system — where a single ballot is cast for constituency candidates and used to calculate party-list seats — has made it difficult for any party to gain a parliamentary majority. A return to the mixed-member majority (MMM) system — a double ballot system with proportional representation for party-list seats and a plurality system for single-member districts — will benefit larger parties. The MMM system was used under the 1997 Constitution, and benefited Thaksin Shinawatra’s Thai Rak Thai Party in the 2001 and 2005 elections. The MMM system will also favour the PPRP in Thailand’s next elections, as the party pursues a strategy of attracting politicians who control votes in particular districts. It will also benefit former PPRP factions as they establish new parties to serve as possible coalition partners.

To ensure its electoral success, the PPRP has adapted. While the party and former coup leaders complain that the activities of the exiled Thaksin Shinawatra destabilise Thai politics, its leaders appear to be replicating the organisational strategies of Thaksin’s Thai Rak Thai Party. Although there are ongoing protests in Bangkok and other provinces as well as a severe wave of Covid-19 across the country, it seems that the PPRP is not worried about the impact of these developments on its performance at the polls. It will be ready for the next elections when the new electoral bill passes the final reading in Parliament and the Covid-19 vaccine battle is won, very probably by next year. The new electoral system and the expected support of all of Thailand’s 250 senators will leave the PPRP well-placed to form a government and keep Prayut Chan-ocha, the 2014 coup leader, in power for years to come. 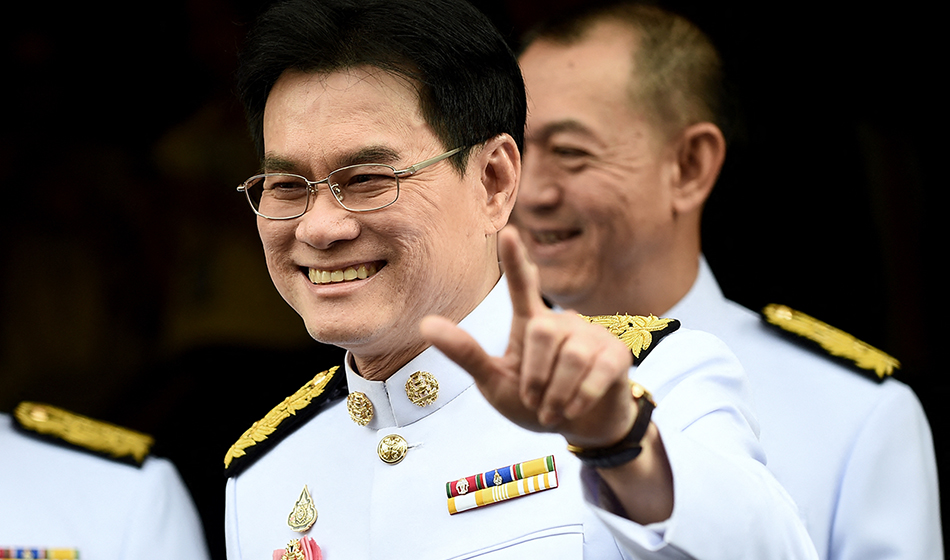 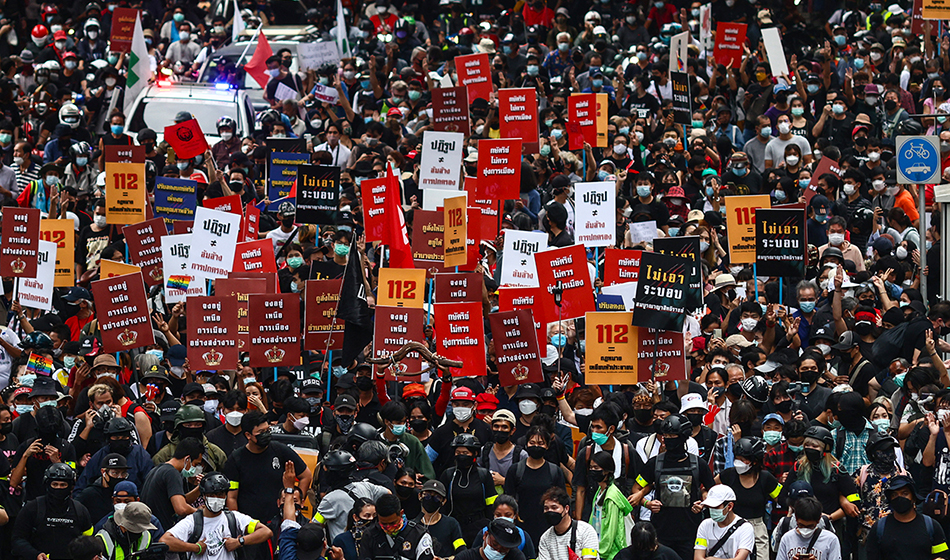 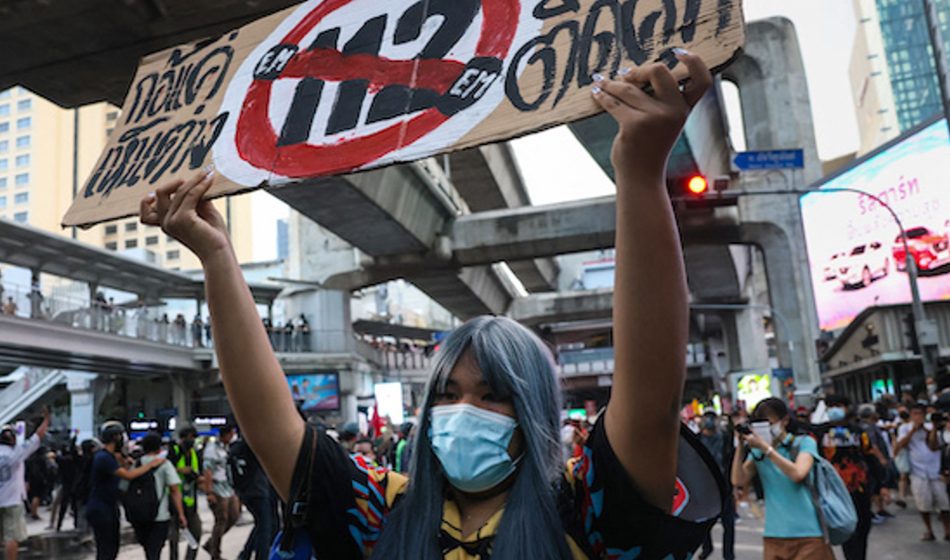