HOME ARTICLES Reform of the Thai Police: An Impossible Dream?

A recent police scandal has again sparked calls for reform of the Thai police force. There have been numerous attempts in the past, but the key problem is the entrenched relationship between powerful politicians and senior police officers.

In August 2021, a scandal rocked the police when Thitisan Uttanaphon, a superintendent of the Nakhon Sawan police station, was filmed torturing and allegedly murdering a suspected drug dealer during an attempt to extort a bribe. The police officer is commonly known as ‘Jo Ferrari’, which is a clear reference to his penchant for luxury cars.

The incident has sparked outrage in Thai society and a demand for serious police reform. Granted, there have been numerous attempts to reform the police in the past, but they failed to gain traction given that some politicians in the system were complicit. These attempts were proposed by former prime ministers. In 2004, Prime Minister Thaksin Shinawatra announced the National Police Bill; in 2006, General Surayud Chulanont launched a Police Reform Bill, and Abhisit Vejjajiva appointed the Police Reform Committee in 2010. The military government (2014-2019) of General Prayut Chan-ocha also established a police reform committee led by General Boonsrang Niumpradit, a former Supreme Commander of the Armed Forces.

These attempts failed due to the lack of support among powerful political figures who benefited from the current police system. Among ordinary Thais, a common perception is that the police force can be manipulated as a political tool for powerful interests in Thai politics. Police officers who have a close connection with powerful politicians, for example, could be promoted through a fast-track system or the so-called ‘police ticket’ advantage. This privilege allows some police officers to skirt criteria set by the Police Commission in order to be promoted. In effect, promotions were frequently offered to unqualified police officers.

If the Prayut government fails to implement policies to reform the police force, the ongoing problems within the police, including position buying and corruption, would remain unresolved.

After seizing power in the 2014 coup, the military government of General Prayut promised to push forward the police reform agenda and crackdown on widely-perceived corruption in the police force. Article 258(D2) of the 2017 Constitution even included an attempt to reform the police. Prayut’s government-appointed Meechai Ruchuphan, the Chairman of the 2017 Constitution Drafting Committee, to draft the Police Reform Bill based on the final report from General Boonsrang’s committee. The drafters hoped that the bill would bring more transparency and efficiency to the police force. It included a series of institutional changes, such as the requirement for seniority-based promotion in order to stamp out the patronage system and, more importantly, the establishment of an independent investigative police unit to prevent any intervention from powerful elites in criminal investigations. The bill was submitted for a first-reading review by Parliament in February 2021. As of September 2021, Parliament has examined only 14 out of the bill’s 172 Articles. Following the Nakhon Sawan Police Station torture cases, though, the review process appears to have sped up due to the Prime Minister’s announcement of serious police reform.

The attempt to reform the criminal inquiry process by setting up a new investigative police body was introduced under Gen Surayud in 2006. The proposed reform seeks to enhance transparency and public trust in investigatory procedures. According to criminal law, police officers are to carry out arrests and investigations free of intervention from other state agencies, including state attorneys. State attorneys are only responsible for determining whether to file cases in the criminal courts based on investigation reports from a police investigation. The separation of roles between state attorneys and the police, however, weakens both transparency and accountability during investigations. It also allows external actors, especially those with political and economic connections, to interfere in police investigations, which often leads to delays and sometimes allows criminals to escape prosecution for their crimes. To address these problems, both the previous and current police reform committees have proposed that state attorneys should be involved throughout the criminal investigation process for serious crimes such as drug trafficking and murder cases. The attempt, though, faces strong opposition from senior police officers, who prefer to maintain discretionary powers over investigations.

The police’s investigation process in Thailand has long been publicly criticised. In the past, many scapegoats were arrested by the Thai police. To include state attorneys in the investigation process would be an important initial step to enhance the transparency and public trust in the police system. Under Prayut’s administration, the Royal Thai Police is under the direct supervision of Deputy Prime Minister Prawit Wongsuwan. Instead of pushing forward serious reforms, Gen Prawit tends to develop patronage relationships with top-ranking police officers. This robust relationship, where the senior police and powerful politicians frequently compromise the pursuit of justice, has limited organisational changes. The current draft of the Police Reform Bill thus may again fail to be passed once again.

Despite Gen Prayut’s pledge to reform the justice system after the 2014 coup, allegations of police brutality and corruption have continued to prevail, as recent events in Nakhon Sawan make clear. If the Prayut government fails to implement policies to reform the police force, the ongoing problems within the police, including position buying and corruption, would remain unresolved. Support for the current administration has plummeted due to its failure to manage the Covid-19 crisis and promote economic recovery. Pushing ahead with police reform may be an important step for the government to increase public confidence and political support before the next elections, which is expected to take place soon. 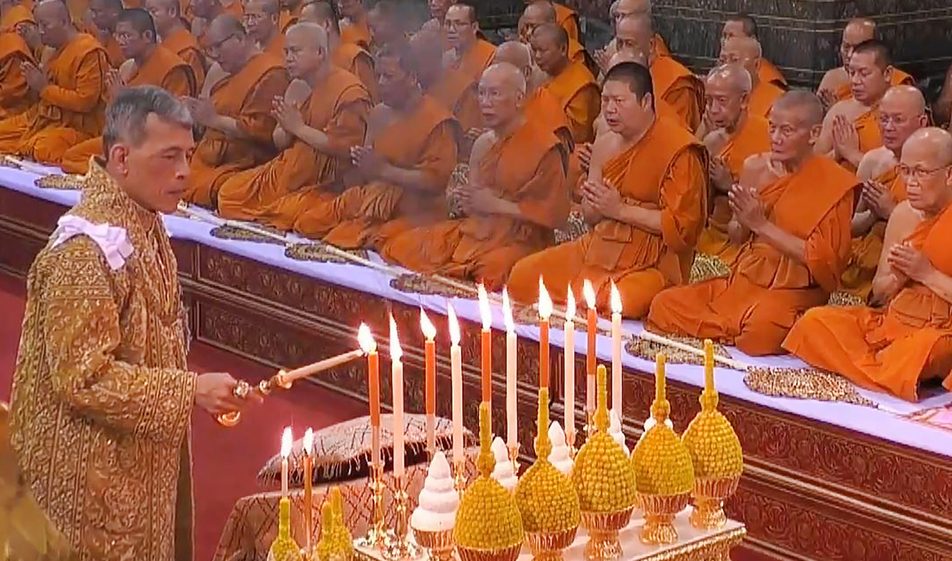