HOME ARTICLES Shangri-La Dialogue 2022: The Paradox of Peace and Power

The duel between the ‘rule of law’ and the ‘right of might’ took centre-stage as the Shangri-La Dialogue resumed under the shadow of Russia’s war in Ukraine. Southeast Asian countries found it a hard sell to promote cooperative security and ASEAN’s broad-based mechanisms against tough talk by representatives of the major powers.

The convening of the Shangri-La Dialogue 2022 (SLD22) was a success in and of itself as this demonstrated the region’s confidence and determination to get back to business after a two-year hiatus due to Covid-19. Yet the spectre of war has taken the pandemic’s place in casting a long and grim shadow over the defence summit. As the Russia-Ukraine conflict rages on with severe economic and strategic ramifications for the region, the threat to peace has never been so intimately and imminently felt. Singapore’s defence minister Ng Eng Hen remarked that we are living in ‘a potentially dangerous point in history’. Admiral John Aquilino, the U.S.’s Indo-Pacific Commander, said that the world is at its most dangerous moment since the Second World War.

In view of Russia’s aggression that violates Ukraine’s sovereignty and territorial integrity, the duel between the ‘rule of law’ and the ‘right of might’ was a common refrain at SLD22. Many speakers extrapolated from the Ukraine example to warn about the need to manage Asia’s existing flashpoints. Japan’s prime minister Fumio Kishida — in his keynote address — ominously warned that ‘Ukraine today may be East Asia tomorrow’. His warning was echoed by U.S. defence secretary Lloyd Austin who said that ‘war can happen anywhere’. Delivering his virtual speech at the SLD22, Ukrainian president Volodymyr Zelenskyy invoked the words of Singapore’s founding leader Lee Kuan Yew to find common cause with other small Asian nation-states: ‘If there had been no international law and the big fish ate a small fish and a small fish ate shrimps…we (Singapore) would not have existed.’

Whether directly or otherwise, the U.S. and its partners at SLD22 — Japan, Australia, the UK and Netherlands — pointed their fingers at China for ‘its unilateral attempts to change the status quo‘ and its ‘more coercive and aggressive approach to its territorial claims’. During his turn to address the conference, Chinese defence minister Wei Fenghe dismissed these as ‘smearing accusations’. Such barbs traded between China and Western powers have been somewhat of a trademark at previous Shangri-La Dialogues, but the latest ones underscore the worsening tensions and distrust among the major powers.

Ironically, ‘peace’ was the most mentioned word in Wei’s remarks as he extolled China’s ‘peaceful development’ and claimed that China has never invaded any country since its founding, the same refrain from his SLD2019 speech. Wei, however, likely found in SLD22 a more critical and difficult audience that hardly bought into his proselytising about the Chinese vision of a global community with a shared future, given China’s difficulties in handling territorial disputes with its own neighbours. He was evasive or blamed other countries when questioned by the audience about Chinese actions in the South China Sea and on the China-India land border. At this, the counsel by Singapore’s Ng at SLD22’s closing session likely resonated with many: ‘All Asian countries should match our deeds with our words if we are to avoid a calamity like Ukraine’.

For Southeast Asian states, holding the middle ground between peace and power has never been more important, yet it will be ever more difficult.

Russia’s war in Ukraine also set the tone for messages about deterrence and hard power to dominate at SLD22, notwithstanding the usual rhetoric about the importance of dialogue and diplomacy. There was perfunctory reference to respect for ASEAN centrality and ASEAN-led mechanisms, but the major powers’ prevailing approach was to remind the crowd that the prevention of war and assurance of peace can only be achieved from a position of strength.

In his articulation of the ‘Kishida Vision for Peace’, Japan’s prime minister highlighted that Japan’s deterrence and response capabilities are ‘absolutely essential if Japan is to learn to survive in the new era and keep speaking out as a standard-bearer of peace’. Secretary Austin spoke about ‘integrated deterrence’ and the ‘strategic power of partnerships’ with its allies and partners, while his like-minded counterparts from Japan, Australia and the UK praised the significance of Indo-Pacific minilaterals such as the Quad and AUKUS arrangements. They emphasised not only the depth and scale of inter-operability in their combined exercises, but also the co-design and co-production of military technologies and capabilities. Adding further momentum to this concert of powers are the ongoing rapprochements between Japan and the South Korea, and between Australia and France in the aftermath of the AUKUS deal, as confirmed by these countries’ defence ministers at SLD22.

These developments are certainly worrisome for China, which has denounced the Indo-Pacific strategy as an attempt to build ‘exclusive groups’ or ‘small circles’ to contain China. Yet Beijing is following the same paradox of seeking to amass power in the name of maintaining peace. General Wei said that the ultimate goal of China’s nuclear arsenal was to prevent nuclear war. A key take-away from his speech is that those who seek to harm China’s interests, especially on the Taiwan issue, would find themselves at a dead end.

Where do Southeast Asian states stand in this paradox of power and peace? Constrained by limited budgets and the pressing need to address socio-economic woes, their ethos is more about achieving resilience rather than deterrence. Against geopolitical headwinds, the Malaysian and Fijian defence ministers drove home the broader and more immediate challenges of food security and climate change. The Philippines’ defence secretary Delfin Lorenzana raised legitimate concerns over competing resources for ‘guns versus ploughs’ and ‘bullets versus butter’.

What is left in the small states’ toolkit to deal with a more volatile world? Touting the ‘Asian way’ as an alternative to power politics, Indonesia’s defence minister Prabowo Subianto caught the China delegation’s attention as he conjured up the spirit of ‘Asian security for Asians’. But the poorly articulated concept is no more than a myth given the diversity of Asia. Granted, ASEAN’s inclusive and cooperative mechanisms were also highlighted to help build trust and cooperation. But as noted by Daljit Singh, ‘The sunlight of cooperative security is diminishing as the shadows of distrust, arms races and military manoeuvres rise.’ For Southeast Asian states, holding the middle ground between peace and power has never been more important, yet it will be ever more difficult. 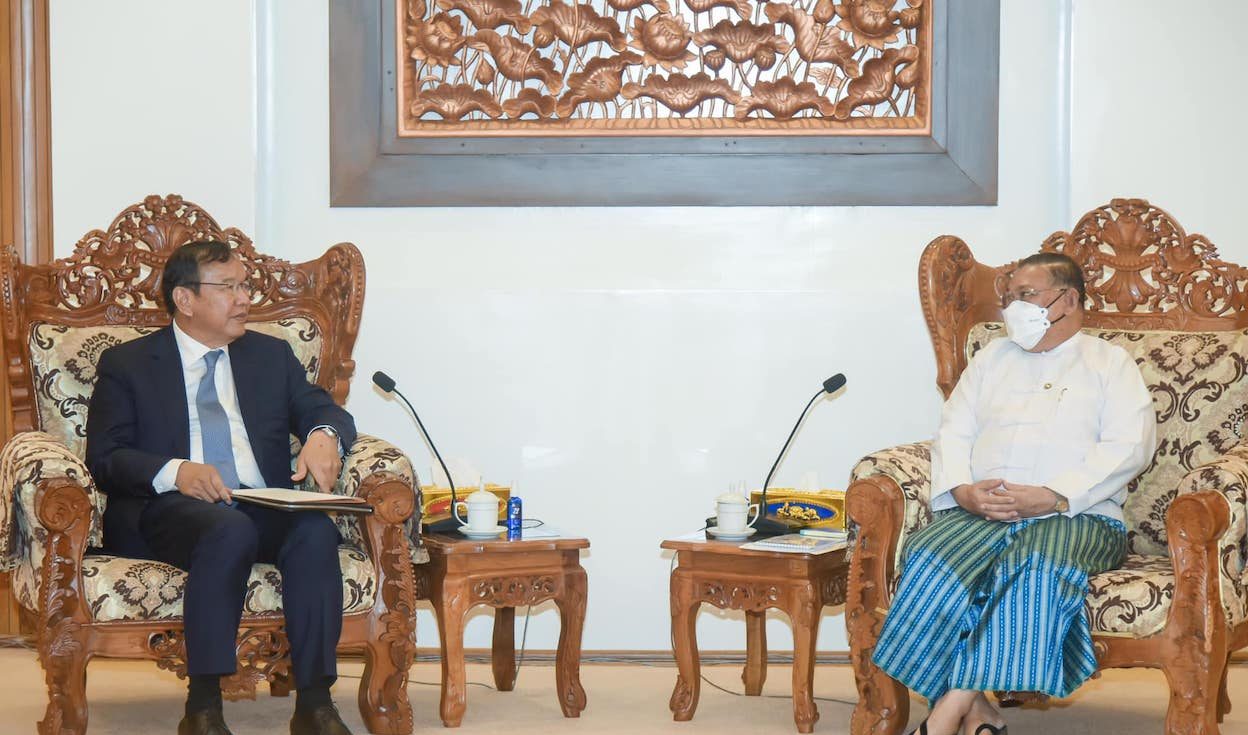