Covid-19 is the biggest challenge facing Southeast Asia even as regional confidence in the new Biden Administration grows, according to the latest State of Southeast Asia Survey published by the ISEAS - Yusof Ishak Institute.

Covid-19 is the biggest challenge facing Southeast Asia today while Asean is slow and ineffective when reacting to political developments. The United States is preferred over China if a choice had to be made between the two as the former, under the new Biden administration, is becoming a more reliable strategic partner. However, China’s current influence cannot be overlooked as the region’s biggest economic power, even if this influence worries many. Once again Japan, followed by the European Union, are seen as trusted strategic partners in hedging against the US-China rivalry, although the US is winning trust from the region once again.

This is the composite picture we get from the annual State of Southeast Asia Survey conducted by the ISEAS – Yusof Ishak Institute. With a sample of over 1,000 respondents from academia, government, media, and finance organisations across the region, this survey taps the pulse of Southeast Asian opinion-makers, thought-leaders, and policy-makers to understand their thoughts on key issues that concern the region.

As the pandemic burns through the region, Covid-19 was seen, unsurprisingly, as the biggest challenge facing Southeast Asia by a whopping 76 per cent of respondents. This was followed by other pandemic-accelerated challenges like “unemployment and economic recession” (63 per cent) and “widening socio-economic gaps and rising income disparity” (40.7 per cent).

In what appears to be a case of out-of-sight-of-out-mind, the threat of terrorism limps in last as a regional concern with a measly 5.2 per cent of the votes. Terrorism also came in last in the 2020 Survey, albeit with better numbers at 44.6 per cent. However, it must be said that these figures do not mean that terrorism – a long-term threat – is no longer important to respondents but rather, they attest more to the pandemic’s immediacy in the minds of Southeast Asians.

Asean’s efficacy came under question yet again. Already a familiar complaint to observers of the organisation, 71.5 per cent of respondents said that it was “slow and ineffective, and thus cannot cope with the fluid political and economic developments”.

This well-worn albatross needs addressing because these perceptions have only increased over the years. This year’s figure of 71.5 per cent is an increase from last year’s 68.6 per cent, which was, in turn, an increase from 61.9 per cent in 2019.

Asean’s efficacy came under question yet again … 71.5 per cent of respondents said that it was “slow and ineffective, and thus cannot cope with the fluid political and economic developments” when asked for what they saw as Asean’s biggest concern.

Unless Asean makes the effort to be more pro-active and vocal, this perception will only grow and deepen in the coming years. The real question is whether such views are confined to regional elites or widespread among ordinary Southeast Asians.

The survey also offers a glimpse into the issues that matter to Southeast Asians.

Unsurprisingly, the Philippines and Vietnam, two countries worst hit by extreme weather in 2020 in the form of super typhoons Goni and Vamco, came in at 85.1 per cent and 70.9 per cent, respectively, in recognising climate change as a serious threat.

These positive figures suggest that Southeast Asian elites are sensitive to environmental security and sustainability, leaving open the question of whether ordinary citizens share the same concerns and if national governments possess the political will to act.

When it came to the South China Sea, the biggest concern was “China’s militarisation and assertive actions” at 62.4 per cent. Naturally, the anxiety over Beijing’s “encroachments in the exclusive economic zones and continental shelves of other littoral states” was felt most keenly by Southeast Asian claimant states, namely the Philippines (86.6 per cent), Vietnam (84.6 per cent), Brunei (63.6 per cent) and Malaysia (63.2 per cent).

When asked for possible responses to China’s South China Sea actions, the vast majority of respondents (84.6 per cent) believed that Asean should “take a principled stand that upholds international law, including UNCLOS and respect for the 2016 arbitral tribunal’s ruling”. Furthermore, 70.4 per cent want Asean to sign off on the Code of Conduct with China as soon as possible.

There were several countries who had rather fatalist views on the South China Sea. It would probably come as no surprise to regional observers that Laotian and Cambodian elites led the do-nothing pack in believing that “Asean cannot do anything because it lacks solidarity on this issue” at 47.5 per cent and 34.6 per cent, respectively. They were followed by Thai and Myanmar elites at 30.5 per cent and 28.2 per cent, respectively. A clear and singular stand on this issue does not seem to be on the horizon.

The Mekong River, however, presented an opportunity for Asean to ditch its institutional passivity for a more pro-active approach to a regional matter. The majority of Southeast Asians (72.2 per cent) agreed that “Asean should include Mekong River issues in its agenda”. Downstream riparian states most affected by Mekong River politics such as Vietnam (92.6 per cent), Thailand (87.8 per cent) and Cambodia (73.0 per cent) displayed the strongest preference for Asean intervention.

Finally, multilateralism and the rule of law matter to the respondents. In response to rising protectionism and nationalism around the world, our respondents called for Asean to “deepen cooperation with like-minded multilateralist partners beyond Asean” (50.7 per cent). This was followed by strengthening “Asean institutions that support the rule of law” (26.8 per cent) and hastening “regional integration among ASEAN member states” (20.2 per cent). Collectively, these figures signal a strong Southeast Asian preference for regional networking and cooperation, and a resounding rejection of isolationism and obstacles to trade.

Between the US and China

What a difference a year makes.

The new Biden administration seems to have injected some optimism into Southeast Asian elites. When asked to express their confidence in the US “as a strategic partner and provider of regional security”, 55.4 per cent of respondents answered positively, a significant surge from 34.9 per cent last year.l

Likewise, 48.3 per cent were “confident the US would do the right thing” when it came to global peace and security, another significant increase from 30.3 per cent last year. Meanwhile, Washington’s strategic influence continues to be welcomed (63.1 per cent), a spike from 52.7 per cent last year.

Finally, most believe (68.6 per cent) that the Biden administration will elevate American engagement with the region.

Nonetheless, renewed optimism comes tempered with cold realism. The question on everyone’s lips now is how long this honeymoon will last.

China has been roundly acknowledged as the most influential “political-strategic power in the region” for three years running. It came out tops with 45.2 per cent in 2019, 52.2 per cent last year, and dipping slightly to 49.1 per cent this year. Predictably, China’s political-strategic influence was most keenly felt by those in its backyard. Laos came in first (65.0 per cent), followed by Cambodia (61.5 per cent), Thailand (58.8 per cent) and, finally, Myanmar (51.9 per cent).

Likewise, China has been recognised as the “most influential economic power in Southeast Asia” three years in a row. It was recognised as such in 2019 at 73.3 per cent, last year at 79.2 per cent, and decreasing slightly this year to 76.3 per cent. Countries most cognisant of China’s economic influence were Laos (87.5 per cent), Thailand (84.7 per cent), Singapore (83.5 per cent), Myanmar (83.3 per cent) and Cambodia (80.8 per cent).

… renewed optimism (about the new Biden Administration) comes tempered with cold realism. The question on everyone’s lips now is how long this honeymoon will last

But influence and power do not necessarily win affection.

The overwhelming majority who saw China as strategically influential and economically powerful expressed worry over its influence (88.6 per cent and 72.3 per cent, respectively). And this was despite China being voted as Asean’s most helpful Dialogue Partner when it came to Covid-19 assistance (44.2 per cent).

In conclusion, the findings of the 2021 Survey, though neither comprehensive nor exhaustive, underline several points. Southeast Asians continue to desire engagement in the region from both US and China, and are optimistic that the new Biden administration signals greater commitment to the region. Asean continues to be perceived as slow to act, especially in the face of multiple regional challenges, but whether it was originally designed to move any faster is debatable. The Covid-19 crisis looms large in the minds of Southeast Asians and, given the constant spikes in cases across the region, will continue to do so for the foreseeable future. 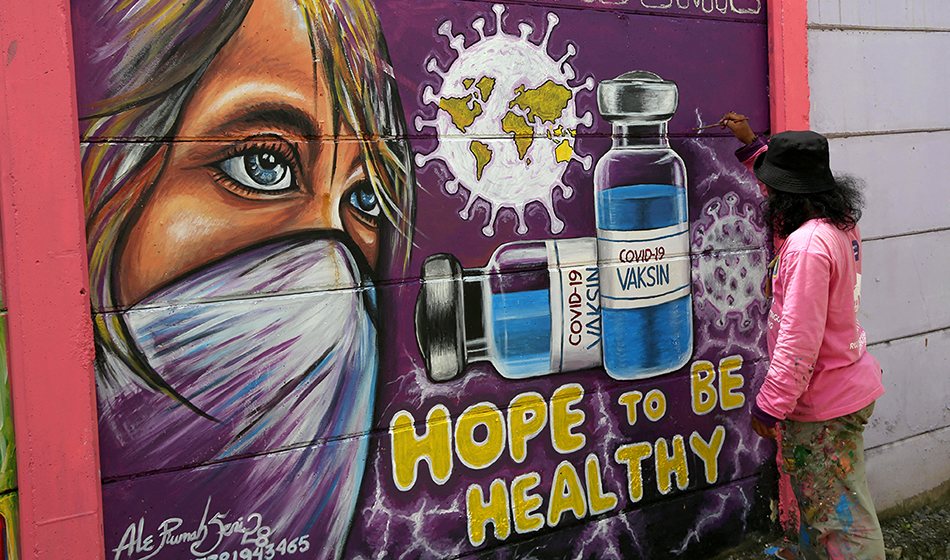 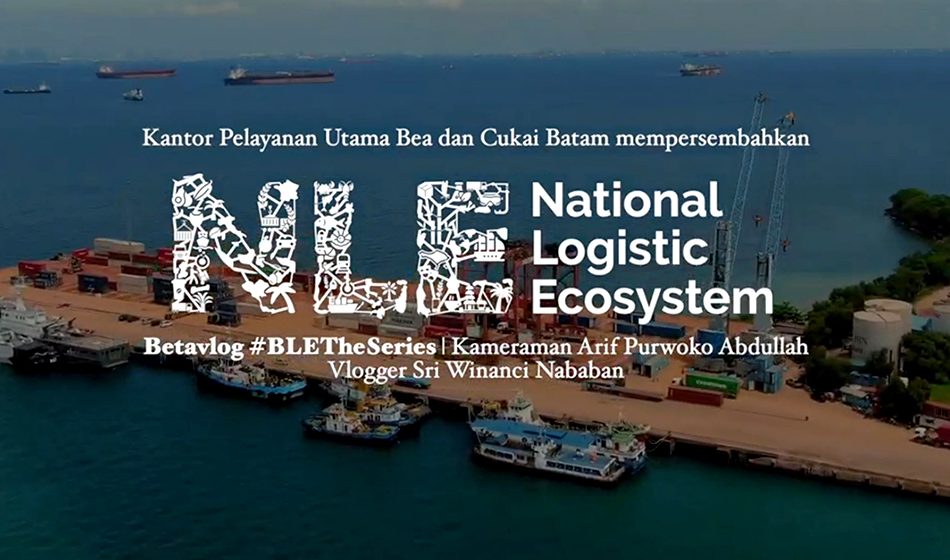 The Riau Islands’ New Leadership: Glimmers of Light Amid the Gloom 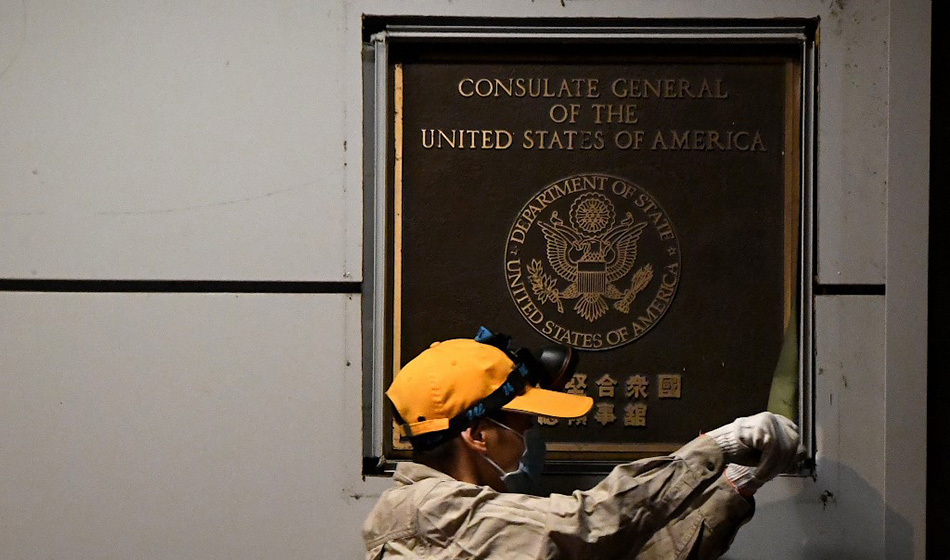