HOME ARTICLES The ASEAN Way: Zen and the Art of Great Power Maintenance

Recent official rejections of China’s “nine dash line” claims in the South China Sea by Southeast Asian disputant states are not about closer alignment with the US.

Criticism of China’s assertiveness in the South China Sea, with the US the loudest, is not new. What is new, is that in the past year or so China has faced greater demonstrated concern – and actions – from Southeast Asian disputant states.

Malaysia’s defence relations with China peaked in 2017, when the two countries renewed a memorandum of understanding on defence cooperation. Four years on, Malaysia’s defence establishment has become sceptical of the value of these, due in part to China’s growing assertiveness in the South China Sea.

In the Philippines, President Rodrigo Duterte, who has long underscored his anti-American and pro-Chinese inclinations, adopted a sterner tone against China, in particular, its challenge to Manila’s UNCLOS-based maritime claims that were upheld by the 2016 arbitration ruling. On May 1, Teodoro Locsin Jr., the Secretary of Foreign Affairs, caused a Twitter storm by telling China to “get the f*** out” of the area. However, Duterte, in his latest spat with former Supreme Court judge Antonio Carpio, one of the authors of the Philippines’ victorious arbitral tribunal case, said he would “throw away” the 2016 ruling.

The Sino-Vietnam relationship was once likened to one as close as “lips and teeth.” Today, it risks becoming a case of gingivitis. Driven in part by China’s threat in the South China Sea, Vietnam has expressed a generally supportive view of the US-led “free and open” Indo-Pacific concept so derided by China. In February, the Communist Party of Vietnam appointed more generals to the Politburo, reflecting the party’s growing concerns over the South China Sea. Last year, Vietnam, as ASEAN chair, inserted sterner language on the South China Sea in the chairman statements.

Over the last year, Indonesia, Malaysia, the Philippines and Vietnam have rejected China’s nine-dash line claim to the South China Sea, invalidated by the 2016 ruling, at the United Nations.

This Southeast Asian pushback coincided with that of third-party states such as Australia, Great Britain, France and the United States that also rejected China’s nine dash line claim at the United Nations. The “Quad” – consisting of Australia, Japan, India and the US – are now bringing power to bear in the South China Sea. Kang Lin, an analyst at China’s National Institute for South China Sea Studies, noted that pressure on China would only increase as the Biden Administration rebuilds alliances across the region.

Some European powers are stepping up their game in the Indo-Pacific too. In April, the Quad navies joined France in the La Perouse maritime exercise in the Bay of Bengal. Last week, Britain announced that it would send an aircraft carrier strike group to the Indo-Pacific, including the South China Sea. At the 2019 Shangri-La Dialogue, French defence minister Florence Parly took the mickey out of Britain, noting that she was accompanied to the region by the Charles de Gaulle aircraft carrier strike group.

ASEAN’s Indo-Pacific concept’s development-connectivity approach that echoes Beijing’s regional rhetoric and avoidance of language that may be read as provocative by China is another reflection of the ASEAN Way.

Southeast Asia disputant states though are very unlikely to consider joining coordinated actions against China with Quad members or European powers given their fear of riling China. Southeast Asia states have been much less vocal on contentious Chinese actions in Xinjiang, Hong Kong, other countries and cyberspace. To paraphrase the book by Robert Pirsig, this is The ASEAN Way: Zen and The Art of Great Power Maintenance. While ASEAN member states are certainly concerned by Chinese activities in the South China Sea, they continually engage with China on all fronts despite the situation there, not because of it.

This Way is reflected in the 2021 The State of Southeast Asia survey. Three-quarters of respondents rate China as the most influential economic power in the region and half see China as the most important strategic-political power. Of note, 72 per cent of them worried about China’s economic influence and 89 per cent about Beijing’s strategic-political influence. Yet, almost 40 per cent expect their country’s relations with China to improve, while only 13 per cent think the opposite.

China retains significant currency in Southeast Asia. It has entrenched itself in Southeast Asia’s economy through its Belt and Road Initiative and the Regional Comprehensive Economic Partnership, which includes China and all 10 ASEAN member states. It is widely recognised as the outside power that has helped the region the most during the ongoing Covid-19 pandemic. ASEAN’s Indo-Pacific concept’s development-connectivity approach that echoes Beijing’s regional rhetoric and avoidance of language that may be read as provocative by China is another reflection of the ASEAN Way.

The new Biden Administration has made some inroads in Southeast Asia. The US House of Representatives passed the Southeast Asia Strategy Act. But, while the administration has returned to diplomatic orthodoxy by working with allies and partners, the challenge remains to win friends and influence people vis- à-vis China in Southeast Asia. Last week, Kurt Campbell, the administration’s Indo-Pacific coordinator, conceded that the US should prepare for the possibility that its strategy to rally allies to confront China might not get Beijing to change its behaviour.

If Beijing proves Campbell right – and this is highly likely – some Southeast Asian states may align themselves closer to the US. According Khong Yuen Foong, a don at the Lee Kuan Yew School of Public Policy, ASEAN member states have “largely aligned” themselves with China, the US, or between – Laos and Cambodia are closer to China, while Vietnam and Singapore have “greater strategic comfort” with the US. Others, such as Malaysia and Thailand, have become more embedded in China’s orbit. The Biden Administration has clawed back some losses in the region, but there is still all to play for. 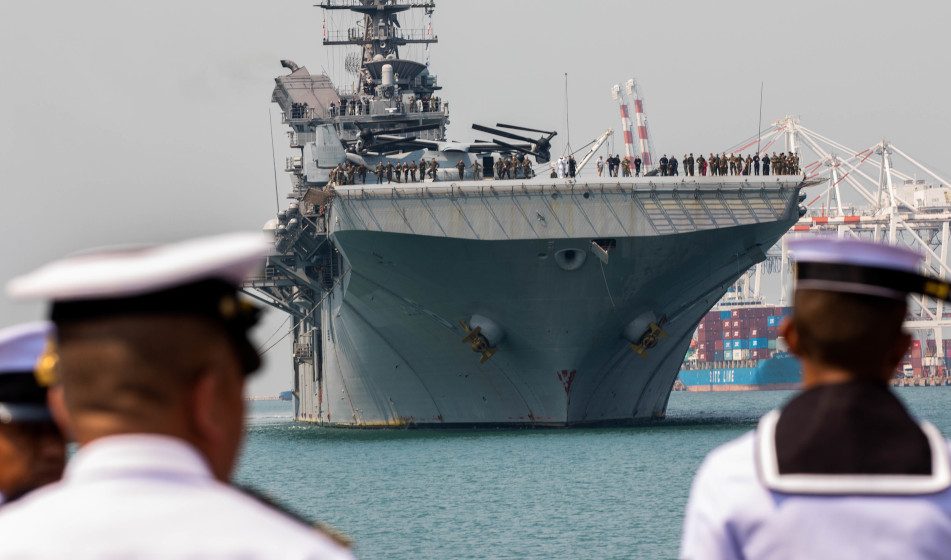