HOME ARTICLES The G7’s Global Infrastructure and Investment Drive: Not So Attractive For Southeast Asia

The Group of 7’s new infrastructure and investment drive seeks to provide what Southeast Asia needs, such as financing for hard infrastructure. But the need for multiple stakeholders and financing issues might not garner much buy-in from the region.

In June 2021, U.S. President Joe Biden and the other leaders of the Group of Seven (G7) launched a multilateral infrastructure investment initiative called Build Back Better for the World (B3W). A year later, it was rebranded the Partnership for Global Infrastructure and Investment (PGII). This initiative has been welcomed as an alternative and complementary to China’s Belt and Road Initiative (BRI), particularly in Southeast Asia. A reason is that the PGII is providing what the region needs, such as financing for hard infrastructure, digital economy, climate, energy and health projects. Also, its strong “democratic” principles sound promising. Yet, while it is still too early to determine how the PGII will fare, there are indications that this initiative may not get much buy-in from emerging economies in the region.

First, the PGII stresses the need for multiple stakeholders to ensure the prioritisation, transparency, accountability and sustainability of projects. Specifically, project design and implementation will involve local governments, civil society actors, multilateral banks, and the private sector. While this emphasis is ideal, there is little detail on how such a multi-actor partnership will be executed. In fact, such a participatory and inclusive approach has long been applied in infrastructure projects, which have yielded mixed results. This approach is costly and time-consuming, which may not be attractive to regimes that need quick and tangible outcomes to show performance and legitimacy (such as Cambodia, Laos, Malaysia and Indonesia).

The PGII also underscores the role of marginalised communities in ensuring projects meet local needs, are transparent, and have minimal socio-environmental negativities. To this end, meaningful community participation in decision-making processes is emphasised. Again, this approach is something that some authoritarian states in Southeast Asia may not necessarily want to adopt. In many countries in the region, civil society is weak, local communities are not powerful enough to make real decisions, and community engagement is superficial. In the end, it is the government and the private sector that call the final shots. While empowering civil society actors will raise the likelihood of project alignment, accountability and sustainability, doing so without losing out host governments’ buy-in will be challenging.

… the PGII carries a geopolitical label, with an intent of “rallying the world’s democracies” to implement the initiative. This labelling may exacerbate the geopolitical contestations that the BRI has contributed to and further divide recipient countries.

Moreover, the financing structure does not sound attractive. Further to the massive promise of US$600 billion over five years from government funding, the PGII will seek other financing sources such as multilateral development banks, sovereign wealth funds, and private investors. Yet, how these other sources will be tapped is not known. There is speculation that the PGII will use the G7’s existing multilateral financial institutions, such as the World Bank and the Asian Development Bank, to mobilise resources. If true, these mechanisms may not be ideal for developing countries in Southeast Asia. These entities’ stringent safeguard policies may bring about quality and socio-environmentally sound projects. But, their cumbersome bureaucracy and conditionality have pushed developing countries to China for infrastructure loans.

On options, physical infrastructure will be more marketable than soft ones. Emerging economies may not be attracted to soft infrastructure (such as climate and health) projects. In the long run, soft infrastructure, albeit good for growth, takes decades to yield concrete results. States whose legitimacy depends on economic performance prefer hard infrastructure that is visible regardless of their contribution to economic growth. Tangible infrastructure is crucial evidence for them to convince their electorate about growth and prosperity.

Finally, the PGII carries a geopolitical label, with an intent of “rallying the world’s democracies” to implement the initiative. This labelling may exacerbate the geopolitical contestations that the BRI has contributed to and further divide recipient countries. Consequently, some countries that are politically close to China (such as Cambodia, Laos and Myanmar) may opt-out of the PGII to avoid being caught in the geopolitical contest between China and the United States. Given the benefits of the BRI, these countries would shy away from the PGII.

Given the above indications, the PGII may be a hard sell to emerging economies in Southeast Asia. The BRI will continue to be dominant in the region in the coming decades. With its strengthened environment and debt management frameworks, coupled with a cautious economic management post-pandemic, China has been more careful in handling BRI projects for better results.

The details of the mechanisms for funding and executing PGII projects are not available yet, perhaps the G7 would be better off working alongside, rather than against, China. It will be impossible for the G7 and China to work together, given their divergent principles and modalities. But the former can show good models of pilot infrastructure schemes. Meanwhile, they should prioritise initiatives premised on their niche expertise and strength, such as climate, health and digital technology. Recipient countries need to see concrete plans of the PGII so they can compare and choose from the buffet of options.

Chanrith Ngin is an Honorary Academic at The University of Auckland, New Zealand. 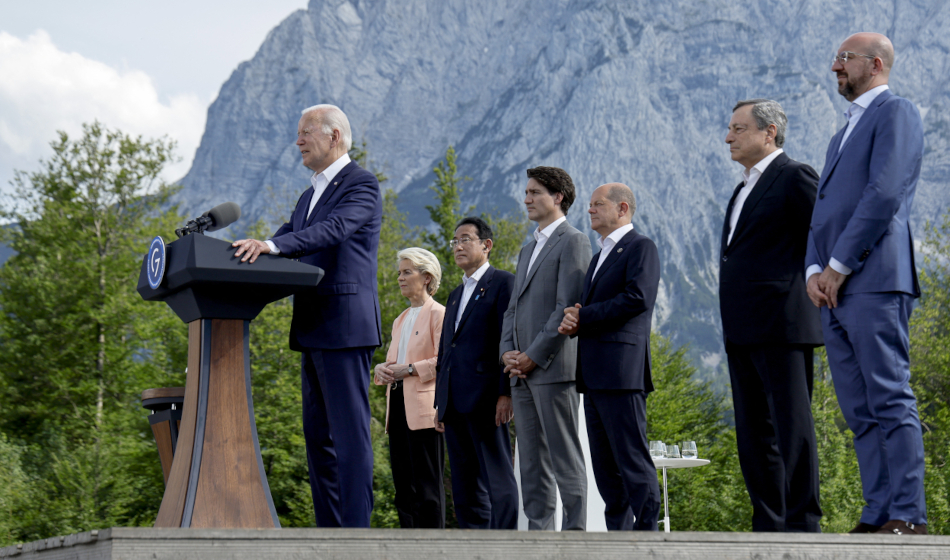 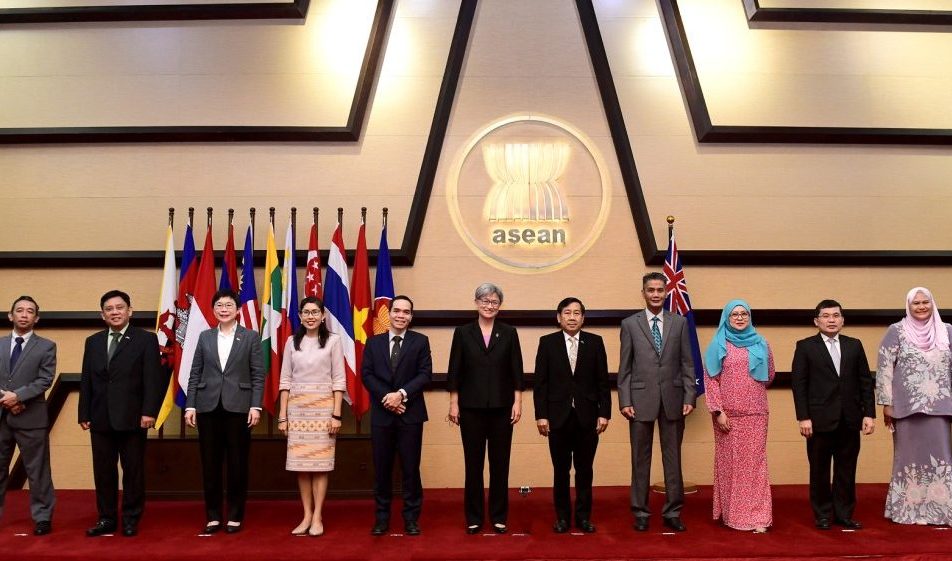 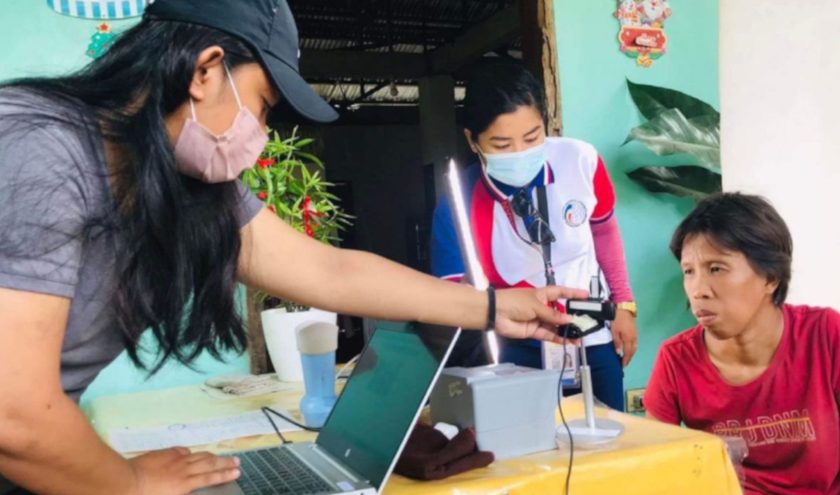 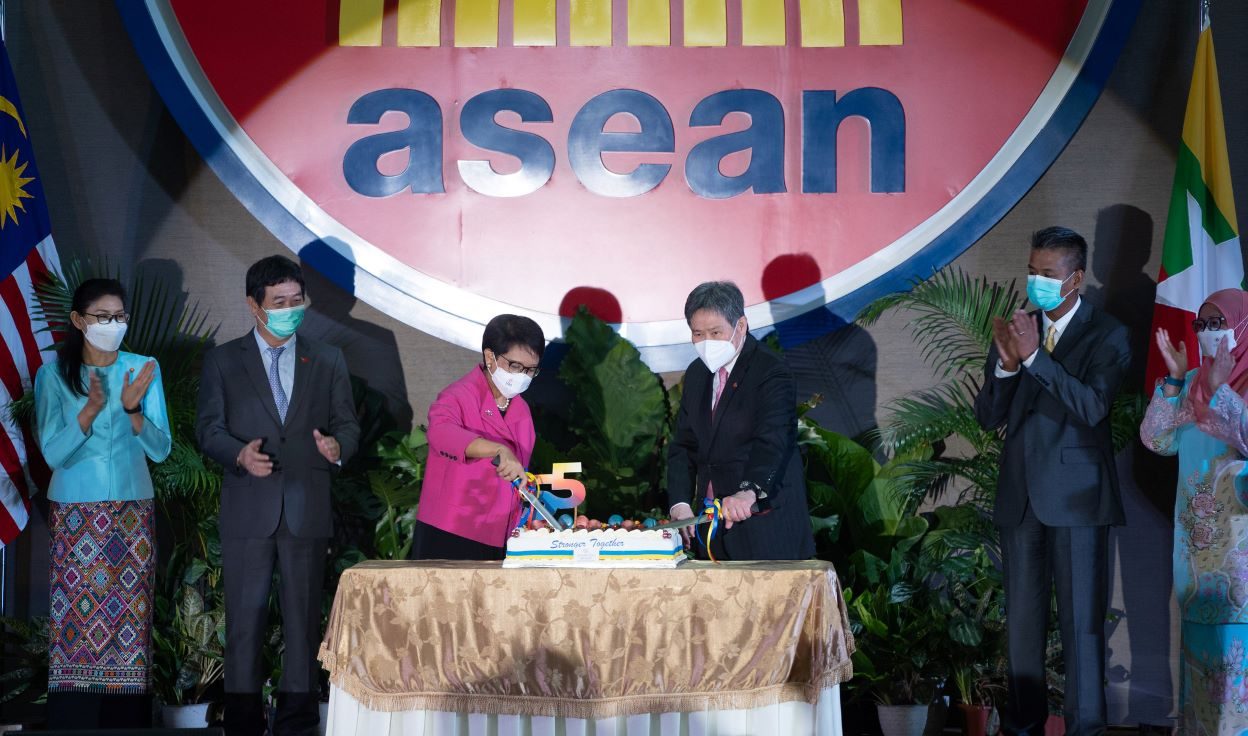 Is the ASEAN Secretariat Overdue for a Renewed Mandate?