UMNO’s bid to rally the party ranks at its recent general assembly belies deeper problems ahead of the next general election.

Over the weekend, the United Malays National Organization (UMNO) held its annual general assembly. The session of Malaysia’s biggest and oldest political party was held in a hybrid format, with key leaders and selected delegates attending the meeting at party headquarters in Kuala Lumpur, while the rest tuned in virtually. The 2020 assembly – which was postponed several times due to Covid-19 restrictions – was finally given the go-ahead by the authorities. The UMNO assembly is the biggest annual political party gathering in Malaysia. In the past, it had served as a vehicle for party leaders to unite the party ranks and for the latter to pledge their loyalty to the president. The party has 3.35 million card-carrying members.

The hybrid nature of the meeting doused some of the rhetoric and fiery speeches which became a staple of such political jamborees in years past. A significant outcome of the meeting was that delegates agreed on three key decisions made by the Supreme Council, the highest body of the party. Although UMNO leaders can claim victory for this, there are internal and external factors which can derail its plans as it approaches the next polls.

First, the delegates agreed that the party will not contest under the Perikatan Nasional (PN) coalition in the next general election. The Council’s view is that UMNO has to be differentiated from the current PN government led by prime minister Muhyiddin Yassin. The former is a political alliance made up by Parti Pribumi Bersatu Malaysia, Parti Islam SeMalaysia (PAS), Sabah-based Parti Solidariti Tanah Airku Rakyat Sabah, the Sabah Progressive Party and Gerakan. The fact is that UMNO is Janus-faced — the party is technically not part of PN, but 35 of its MPs support Mr Muhyiddin as the prime minister of the PN government. In all, 16 UMNO MPs are members of the Cabinet. Understandably, UMNO leaders argue that they do not want to play second fiddle to Bersatu and wants to call the shots in the next government.

While the direction to be taken after the polls are called is unequivocal, UMNO MPs differ as to whether they should withdraw support to PN now or later. Some — including Ahmad Zahid and Tengku Razaleigh Hamzah — were quick to call UMNO ministers to quit their posts soonest, and not wait until the election. Before the assembly, three UMNO MPs withdrew their support for the government: Tengku Razaleigh Hamzah, Ahmad Jazlan Yaakub and Nazri Aziz. In fact, Tengku Razaleigh called on the ministers to quit immediately. On the other hand, some UMNO ministers, such as Khairy Jamaluddin and Ismail Sabri Yaacob, are silent regarding the timeline. Anuar Musa, the Federal Territories minister, has called Ahmad Zahid’s resignation threat inappropriate (the UMNO president had called on a “parasite” to resign, in a clear rebuke aimed at the minister). Khairy later issued a call for UMNO elections to be held before the general election to resolve the internal crisis within UMNO.

While the party decides to unite, no one can stop them from jumping ship to Bersatu. Even in Malaysia’s party-hopping political culture, this will not be a bridge too far. For all effects and purposes, Bersatu is the country’s second UMNO.

The second decision is for UMNO to prioritise cooperation with PAS under the Muafakat Nasional (MN) banner. Longtime rivals UMNO and PAS buried their differences after the 2018 election, enabling them to win back-to-back by-elections in 2019. The person instrumental in this collaboration is UMNO deputy president Mohamad Hassan, who was acting president between December 2018 and June 2019 when Ahmad Zahid took a leave of absence. For UMNO, keeping this alliance with PAS will ease its seat allocation bargaining in some states. PAS will likely retain its dominance in the East Coast states of Kelantan and Terengganu. Thus, UMNO can focus on Johor, Malacca, Negeri Sembilan, and Perak — states where PAS are weak. In his speech, Johor chief minister Hasni Mohamad warned PAS that it will be wiped out in the state if it does not go along with UMNO.

The future of the UMNO-PAS alliance, however, is not in UMNO’s hands entirely. PAS has given mixed signals about its future plans. It feels comfortable being in the PN government and has registered to be part of the PN coalition, which is a stab in UMNO’s back. Like UMNO, PAS is milking political gains for all their worth: it currently has 18 MPs, and eight are in the Cabinet. PAS is playing the look-and-see approach, by placing its feet in both the MN and PN coalitions. UMNO veteran Tengku Razaleigh did not mince his words and has declared PAS to be “political prostitutes”. During the assembly, there was also some ugly rhetoric towards PAS. This was made galling, given that PAS president Abdul Hadi Awang was present.

In another key decision, UMNO will not collaborate with the multiracial parties, the Democratic Action Party (DAP) and Parti Keadilan Rakyat (PKR), specifically with opposition leader Anwar Ibrahim. Previously, several UMNO leaders were rumoured to have held discussions with PKR. PKR president Anwar did not deny the existence of such talks, but suggested that talks of formal collaboration were pre-mature. To be sure, even if UMNO decides to go ahead with the DAP and PKR, this does not guarantee that its Barisan Nasional partners, the Malaysian Chinese Association and Malaysian Indian Congress, will agree to this. Similarly, to win the election, it also needs support from Sabah and Sarawak parties too. At the UMNO assembly, the discussion seemed to pivot more towards fostering alliances in the peninsula, to the extent of neglecting its East Malaysian counterparts.

Still, not all will be smooth sailing for UMNO between now and the next election, despite the show of unity and loyalty to Ahmad Zahid Hamidi. This depends on the outcome of the court trial facing several UMNO leaders. Moreover, there may be just enough crossovers from the opposition to ensure the Muhyiddin government survives any no-confidence vote. Plus, there may be a situation in which UMNO may face legal consequences if the prosecution team can prove that it was a top recipient of 1MDB money. This could further split the party. Most importantly, a particular group that was conspicuously silent during the assembly are the UMNO ministers. While the party decides to unite, no one can stop them from jumping ship to Bersatu. Even in Malaysia’s party-hopping political culture, this will not be a bridge too far. For all effects and purposes, Bersatu is the country’s second UMNO. 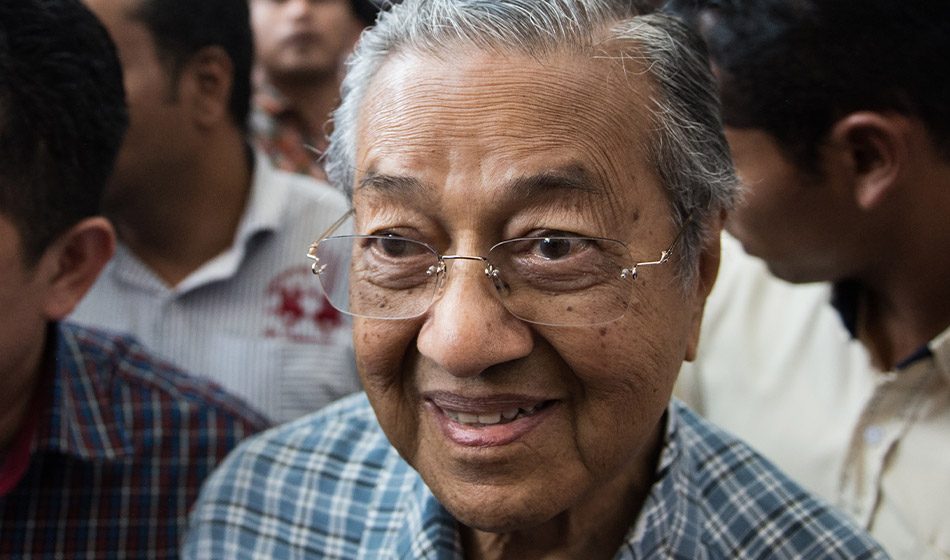 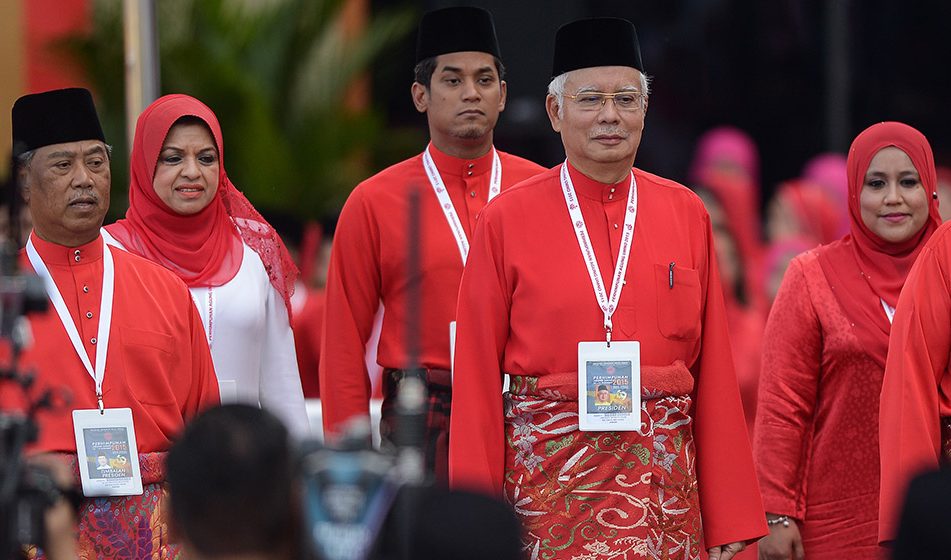 UMNO's U-Turn on RUU 355: What Makes Coalitions Stick in Malaysia? 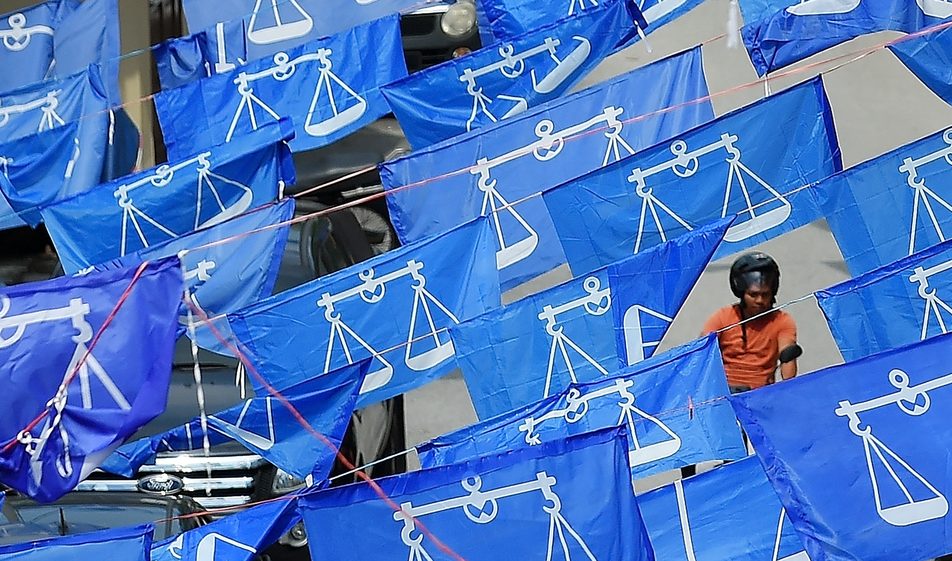 The UMNO General Assembly and the Rocky Road Back to Putrajaya