HOME ARTICLES 55th ASEAN Foreign Ministers’ Meeting: Much Ado About Everything (or Nothing)?

The ASEAN Foreign Ministers' Meetings last week occurred at a time when the region was seeing ructions, be it in the Taiwan Strait, Myanmar or the war in Ukraine. ASEAN can boast that it has retained its convening power, but this in itself might be insufficient.

The 55th ASEAN Foreign Ministers (AMM) and its related meetings that took place last week amid a series of crises and upheaval in the region, ranging from China’s retaliation after the historic visit of House Speaker Nancy Pelosi’s visit, Russia’s pull-aside in Myanmar, and floods in Phnom Penh.

Here are six critical takeaways from the meetings:

Pelosi’s whirlwind 4-turned-5 stopover visits to the region began and ended about the same time as the 55th ASEAN Foreign Ministers’ meeting. It followed days of rife speculation over a possible escalation of conflict in the Taiwan Strait. Political analysts, the media and observers worried about China’s large-scale military drills leading to a miscalculation, serious confrontation or open conflict with unpredictable consequences. This would have an impact on Southeast Asia.

ASEAN foreign ministers seemed unfazed and responded with a timely and prompt, first-ever stand-alone statement on “Cross Strait Development“. This in itself is progress: cross-strait relations (between the People’s Republic of China and the Republic of China) were never discussed within ASEAN because every country is committed to its own One-China policy and no one wants to discuss what is essentially regarded as an internal matter of China’s.

To ASEAN’s credit, the consensus statement covered all bases, from expressing concern about “regional volatility” and “potential miscalculation” to calls for “maximum restraint”. The clincher was a firm reiteration of support for member states’ “respective One-China policy” (sic). The statement was ASEAN diplomatic artistry at its best with nary a word — be it Taiwan, Pelosi, or PRC — that could be associated with the visit. Just think ASEAN Wordle.

Developments in Myanmar were reportedly discussed extensively over the series of meetings. Cambodian Prime Minister Hun Sen’s opening remarks gave a hint of where discussions might head. It was a surprisingly tough stance: if more political prisoners are executed, then ASEAN will be forced to rethink its role vis-a-vis the ASEAN Five-Point Consensus. It was uncharacteristic of Cambodia to take such a tough line but months of effort amid growing criticisms of ASEAN’s impotence may have played a part.

ASEAN was unanimous in its disappointment in the limited progress made in the implementation of the Five-Point Consensus (and further worsened by the execution of the opposition activists). The Joint Communique recommended that a progress assessment on the implementation of the Five-Point Consensus be made at the ASEAN Summit in November to “guide the decision on the next steps”. While some may take this as the Foreign Ministers deferring the decision to the Leaders, it may also be taken as a three-month grace period for the SAC to demonstrate some goodwill towards ASEAN. What “progress” looks like is up for debate. It is understood that a special meeting before the November Summit may be convened to discuss the way forward, possibly to rethink a new approach to Myanmar.

“To ASEAN’s credit, the consensus statement covered all bases from expressing concern about “regional volatility” and “potential miscalculation” to calls for “maximum restraint”… The statement was ASEAN diplomatic artistry at its best with nary a word — be it Taiwan, Pelosi, or PRC — that could be associated with the visit.”

Timor-Leste’s application for ASEAN membership appears to have made better progress with the F.M.s agreeing to “accelerate” the process for its application. Timor-Leste’s Foreign Minister Adaljiza Magno was invited as a guest and held a series of bilateral meetings with several counterparts on the sidelines. From the looks of it, the stage is set for Timor-Leste to join ASEAN by the time Indonesia takes over as ASEAN Chair in 2023. This will be highly symbolic and significant as Timor-Leste’s application was made during Indonesia’s last Chairmanship in 2011.

On Ukraine, ASEAN appeared to have mended its fences with the first two opening lines entrenching itself well on the correct side of international law, notably “… as for all nations, we continue to reaffirm our respect for sovereignty, political independence, and territorial integrity” and reiterating its call for compliance with international law and the United Nations Charter. Again, it managed to do so with no mention of Russia.

On the external relations front, six countries acceded to the Treaty of Amity and Cooperation in Southeast Asia (TAC) at a signing ceremony on 3 August. Ukraine’s application to TAC was also considered with no objections from any foreign ministers (noting that Myanmar was absent from the table). ASEAN conferred Sectoral Dialogue Partnership (SDP) status to Brazil and the United Arab Emirates (joining Norway, Pakistan, Switzerland and Turkey in this category). ASEAN also held its inaugural ministerial meeting with the United Kingdom, ASEAN’s 11th dialogue partner. Importantly, ASEAN also announced that its Dialogue Partner relationship with the U.S. and India would be elevated to Comprehensive Strategic Partnership later in November (after China and Australia last year).

As Chair of the meetings, Cambodia handled both the substance and the dynamics ably, redeeming it from its decade-old failure to issue a joint communique for the first time in ASEAN’s history in 2012. Not only did Cambodia manage to issue a timely response to a breaking development in ASEAN’s own backyard, it managed to deliver a 119-paragraph Joint Communique addressing all the key points of contention (Myanmar, Ukraine, ASEAN Outlook on the Indo-Pacific) well before the conclusion of all the meetings. It goes to show the level of coordination the host invested and its determination to ensure that text negotiations would not be reopened at the last minute. The decision to move the Cross Strait Development statement out of the Joint Communique was a good one as it risked scuttling the negotiated text.

The dynamics at this first in-person ASEAN Ministerial Meeting since the Covid-19 pandemic were as unpredictable and volatile as the geopolitical environment. Tensions were reportedly high in the series of 15 meetings that ASEAN conducted with its dialogue and external partners. ASEAN’s central role became peripheral when the East Asia Summit (EAS) turned into a forum for a highly charged finger-pointing blame game among the major powers.

Staffers were cracking their heads over where to seat the Russian Foreign Minister at the meetings. The host solved the seating protocol at the EAS reportedly by asking Philippines Undersecretary Theresa Lazaro to sit between the U.S. and Russia. Chinese Foreign Minister Wang Yi reportedly walked out of the Gala Dinner with no reason given and again walked out of the EAS with Russia just as it was Japan’s turn to speak.

It is without a doubt that ASEAN retained its convening power to bring world powers to the table. However, this in itself is insufficient to command attention when it comes to real-world politics. ASEAN claims to be able to play a facilitating role in the cross-strait tensions, but the truth is, forging a united position among its members in regional issues — even those close to home such as Myanmar — remains a challenge. Despite ASEAN’s best efforts (unity, centrality, etc), it remains hostage to great power politics. 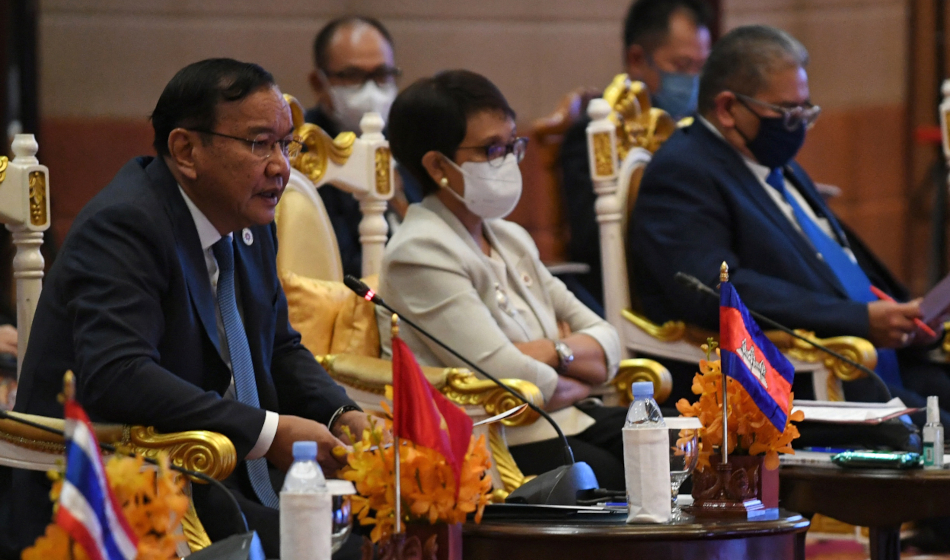 Ukraine’s Accession to TAC: A Critical Decision for ASEAN 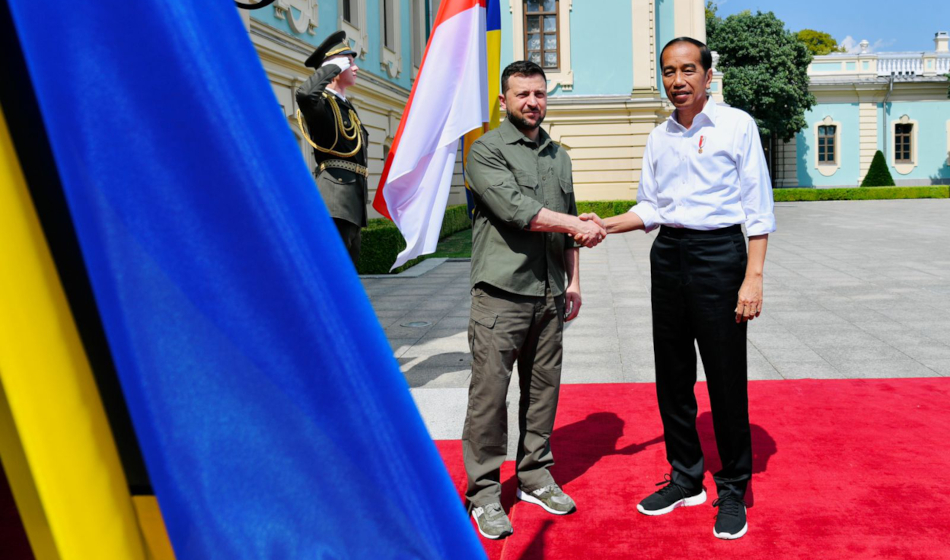 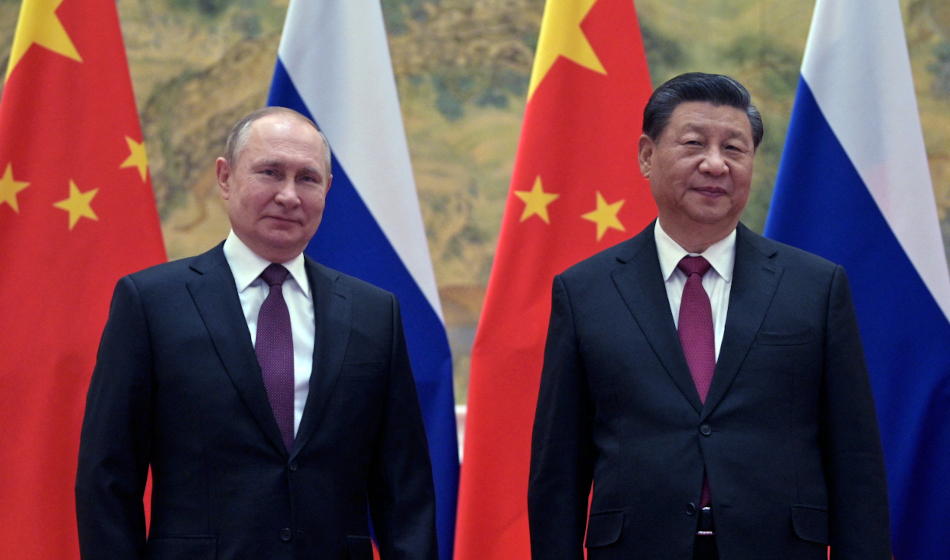