HOME ARTICLES A New Height of ASEAN-China Relations? Not Quite, Not Yet

China and ASEAN had a fairly successful meeting in Chongqing recently. But the conclusion that Beijing has orchestrated a win over Washington in Southeast Asia is premature.

Even before ASEAN foreign ministers landed in Chongqing, their special meeting with Mr Wang Yi on 7 June had been seen as a ‘diplomatic win’ for Beijing over Washington in Southeast Asia. The Chongqing meeting was the first in-person ministerial engagement between ASEAN and a Dialogue Partner since the Covid-19 pandemic broke out last year. It also comes in the wake of US Secretary of State Antony Blinken’s disappointing last-minute no-show, when a planned video-conference was abandoned due to technical glitches. The optics could not have been more stark between Beijing’s attentiveness and the ineptitude of Washington’s overtures towards the region. But not all is lost: expectations that ASEAN will sink deeper into Beijing’s tight embrace should be moderated after the Chongqing meeting.

Southeast Asia is indeed a bright spot on China’s diplomatic map in the past year, amid widespread pushback against Chinese influence and behaviour across the West, from Washington to Brussels to Canberra and even Wellington. The year 2020 also proved to be a historic one for ASEAN and China — they became each other’s largest trading partner in 2020. China is recognised as the Dialogue Partner that provided the most help to the region on Covid-19, according to the State of Southeast Asia 2021 survey. China is thus far the largest provider of vaccine doses to the region in terms of donations and commercial contracts. Of note, more than 300 staff of the ASEAN Secretariat in Jakarta have been inoculated with the Sinovac vaccine. The number is small but not insignificant. Other Dialogue Partners could have replicated China’s strategy, but for a variety of reasons they either could not or did not.

To its credit, China pulled out all the stops to ensure the success of the Chongqing meeting through bilateral channels. Indonesia’s Presidential Envoy and Coordinating Maritime Affairs and Investments Minister Luhut Pandjaitan visited China in the first week of June. His meeting with Wang Yi — the third since October 2020 — launched the Indonesia-China high-level dialogue cooperation mechanism. As for Vietnam — perhaps the ASEAN country that has the most fraught relations with China due to historical animosity and territorial disputes — a hotline among their navy chiefs was established in early June although its utility in real-time emergencies in the South China Sea (SCS) remains in doubt.

Given China’s herculean relationship-building efforts and the US’ preoccupation with problems and priorities elsewhere, did China successfully take this opportunity to bring its ties with ASEAN to a new height? Not quite. In Beijing’s view, the apex of China-ASEAN relations was attained with the elevation of ASEAN-China relations from the current ‘Strategic Partnership” to the yet-to-be-defined ‘Comprehensive Strategic Partnership.’ As the co-chairs’ statement from the Chongqing meeting indicates, however, it remains a work in progress that needs “closer cooperation” (Mr Wang and his Philippine counterpart Teodoro Locsin chaired the meeting). The new designation may not carry much substantive meaning but it would amplify the Chinese discourse of its “special status” in the region. ASEAN will not hand it to Beijing on a platter, at least not yet, as it is mindful of the importance of maintaining a modicum of balance in its engagement with other external powers.

China should take genuine steps to address the legitimate security concerns of ASEAN states rather than brush them aside and hope that its economic largesse can magic the disquiet away.

Granted, the co-chairs’ statement highlights some areas of mutually beneficial cooperation. Covid-19 vaccines and post-pandemic recovery are the most prominent issues in this positive agenda. Yet, while ASEAN has stated its appreciation to China in this regard, they stopped short of any approving reference to the controversial Report of the WHO-China Joint Mission on COVID-19 released in February 2021.

It is also noted that the co-chairs’ statement is a step-down from the originally proposed joint statement which would carry greater political significance befitting of the meeting’s high profile. However, a joint statement did not materialise due to differences on some key issues, especially regarding the SCS situation and how to move forward the negotiations on a code of conduct (COC). China wants to expedite COC talks in any format, including through virtual meetings, to support its narrative that “everything is fine in the South China Sea”. ASEAN meanwhile prefers that “physical meetings would remain the primary modality”.

Taking up three out of 14 operative paragraphs of the co-chairs’ statement – more than any other issue – the SCS remains the sore point in ASEAN-China relations. China has continued to tighten its grip over the SCS at the expense of other littoral states’ maritime rights and interests, sparking vehement protests from the latter. This includes the swarming of over 200 Chinese fishing boats throughout March to April near the Whitsun Reef within the Philippines’ exclusive economic zone (EEZ), and the formation flight of 16 Chinese air force planes in Malaysia’s EEZ in May. Beijing and Kuala Lumpur are more aligned than divergent in terms of restricting foreign military activities in their own EEZs. But the timing of the Chinese sortie barely a week before the Chongqing meeting and Malaysia’s rare public outcry are intriguing. One analyst notes that China’s “aerial manoeuvres” underscore its ability to airlift a combined arms battalion — a signal that could be aimed “more widely than Malaysia.”

China should take genuine steps to address the legitimate security concerns of ASEAN states rather than brush them aside and hope that its economic largesse can magic the disquiet away. The Chongqing meeting’s less-than-fulsome outcome shows that ASEAN states have their own agency in defending their own interests, and that US-China rivalry should not be the single lens through which to define Southeast Asia. A Global Times article on 8 June said that “the US’ ‘knife of geopolitics’ […] can never cut the ties between China and regional bloc.” That may be true but bleeding can happen from within if genuine concerns, especially on sensitive sovereignty issues, are plastered over, and met with contempt and manipulation. In short, it is premature to declare a win for Beijing in its battle with Washington for the hearts and minds of Southeast Asia. It ain’t over till the fat lady sings. 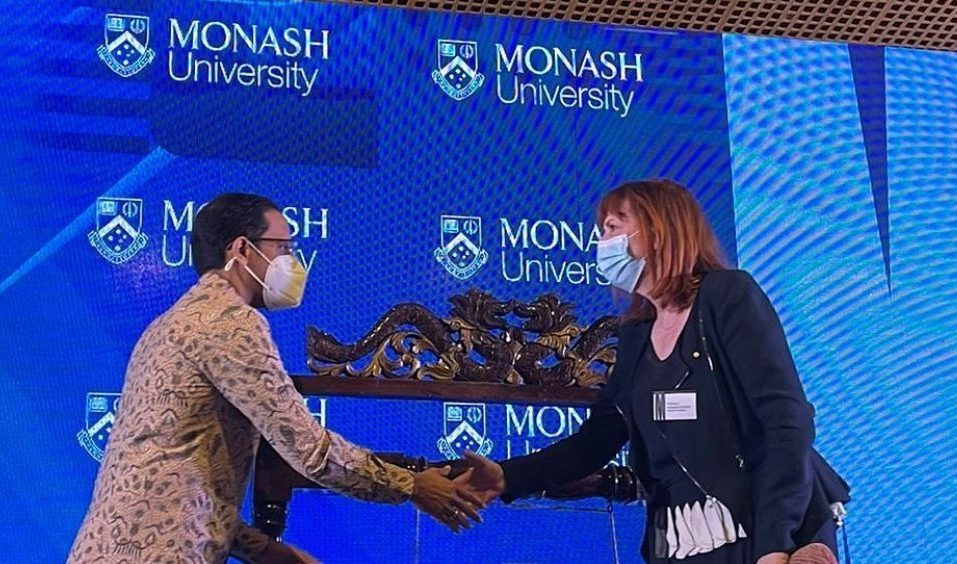