Typically, governments are influenced by sentiments expressed in social media to and adjust their policies accordingly. A string of episodes has demonstrated that Vietnam has taken a leaf out of China’s playbook in steering the online narrative.

It is becoming increasingly apparent that the government of Vietnam, a nation-state that is ruled and led by the Communist Party, has become acutely sensitive and even accommodating to a wave of social media-fuelled nationalism.

Earlier this week, a restaurant in Quebec, Canada ate humble pie and promised to make changes to “vulgar and degrading puns” in its name and menu that many Vietnamese considered offensive to their culture.

Last November, it was just in a matter of several days before an online backlash declared the Hong Kong-born film star Jackie Chan persona non grata. The rationale? Chan was accused of having spoken in support of China’s controversial nine-dash line, a demarcation that includes large swathes of the South China Sea. This is vehemently opposed by Vietnam.

Only a month earlier, a film co-produced by DreamWorks and the Shanghai-based Pearl Studio was pulled out of Vietnamese cinemas. Abominable had a map that showed the nine-dash line. This led to the subsequent demotion of a senior Vietnamese official who was held accountable for letting the screening happen under her watch.

In June 2019, a tribute to General Prem Tinsulanonda, the late Thai prime minister, by Singaporean prime minister Lee Hsien Loong contained language that Vietnam and Cambodia said were tantamount to support for the genocidal regime of Pol Pot. This sparked a diplomatic crisis not seen in years between the city-state and its two Southeast Asian neighbours.

As it has turned out, the successive waves of nationalism displayed on social media has galvanised all parties concerned – including the authorities – into taking action and making amends. This level of responsiveness is quite remarkable for Vietnam, a country that is believed to have followed in the Chinese footsteps to control the Internet. Responsiveness and legitimacy is particularly crucial to the resilience of authoritarian regimes, especially one on the verge of a leadership transition like Vietnam.

In a country where around two thirds of its population of nearly 97 million are online and where Facebook boasts around 47 million active accounts to advertisers, the Vietnamese authorities have become increasingly fixated on gauging public sentiment online. In November 2018, Vietnam set up a web-monitoring unit capable of scanning up to 100 million news items per day for “false information”. In 2016, the country also deployed a 10,000-strong cyber unit called Force 47 tasked with maintaining a “healthy” Internet environment.

It is in this context that Vietnam has sought to appeal to nationalism in the online sphere. Vietnam’s propaganda czars have lamented that the mainstream media all too often trail behind Facebook in shaping the narrative and even public opinion. But there were times when the authorities may have felt more comfortable letting the public sentiment online run its course.

Even though Jackie Chan has not been documented explicitly throwing public support behind China’s controversial maritime claims, he eventually capitulated, scrapping the Vietnam visit soon after the social media frenzy sent thousands of Vietnamese netizens storming the Facebook page of the host charity, Operation Smile.

In Chan’s case, the authorities remained almost reticent, issuing instead an oft-repeated standard statement that dismissed China’s nine-dash line and asserted Vietnam’s maritime sovereignty. In other cases, they were less reticent, having taken serious note of such public sentiment on social media.

What is apparent is how the Vietnamese authorities have increasingly kept close tabs on public online discourses and tried to be as responsive as they could.

In the wake of a public outcry in social media, Vietnam lodged a diplomatic protest against Singaporean Prime Minister Lee’s use of the words “invasion” and “occupation” to refer to Vietnam’s actions to oust the Khmer Rouge in the late 1970s. At a meeting on the sidelines of a June 2019 regional summit in Bangkok, Vietnamese Prime Minister Nguyen Xuan Phuc once again chided his Singaporean counterpart for offending Vietnam and Cambodia.

In January of last year, Daniel Hauer, an American teacher and an Internet sensation in Vietnam, got into hot water for making offensive comments about General Vo Nguyen Giap, one of the country’s most revered heroes who played an instrumental role in ousting the French and American troops from the country. After Vietnamese netizens fulminated against Hauer and demanded his deportation, the authorities summoned him and let the mainstream media publish his public mea culpa.

The fact that Hauer’s remarks, which appeared in a closed Facebook group, came to light raised several intriguing questions: Was it because the prying eyes of the Internet police were everywhere? Or was it just simply because an angry netizen spilled the beans on him?

What is apparent is how the Vietnamese authorities have increasingly kept close tabs on public online discourses and tried to be as responsive as they could. As argued elsewhere, social media worries Chinese authorities, not so much for the public criticism, but more so for its ability to fuel collective action or organise protests. This is perhaps one of the most important chapters that Vietnam, a country that prizes political stability above all else, has taken from China’s online censorship playbook.

The takeaway here: As long as collective action is prevented, social media can serve as a pressure release valve for public opinion or even leave some elbow room for online activism.

Vietnam has been successful in tapping into nationalism to coalesce the public around the fight against the Covid-19 pandemic, which it has labelled as a foreign enemy. It remains to be seen how the country is going to play the online nationalism card in the lead up to its leadership reshuffle early next year. 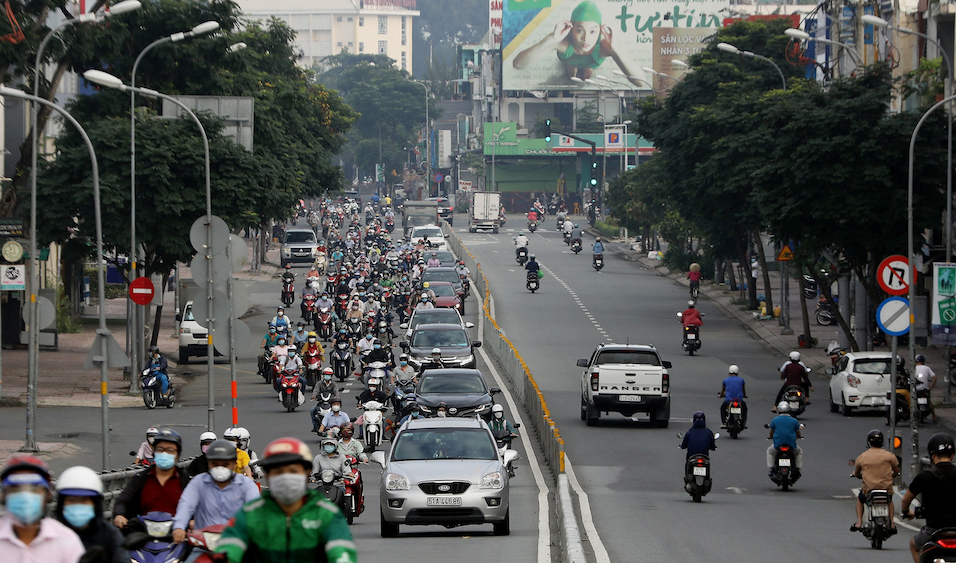 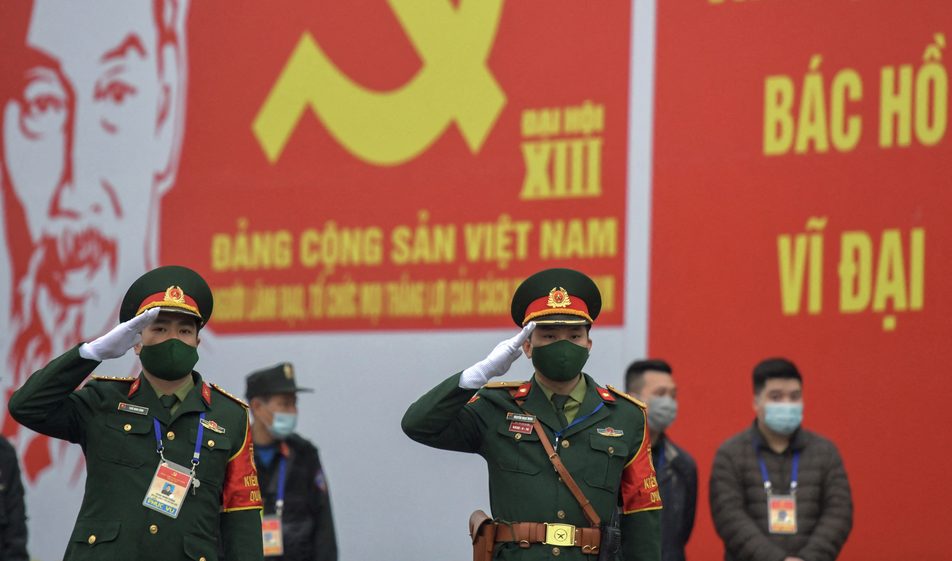 Why is Vietnam’s Military Modernisation Slowing? 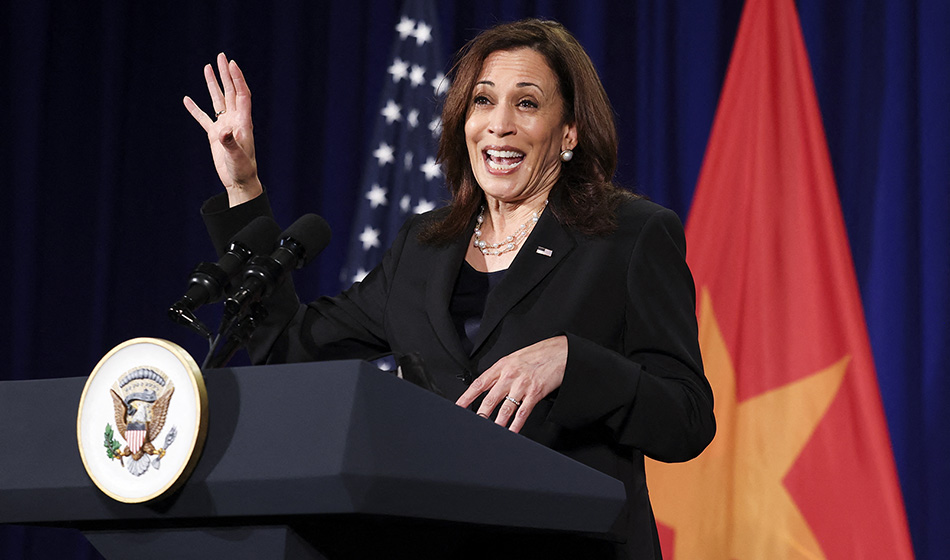 In Vietnam, the Afghanistan Spectre Fails to Haunt a Pro-America Audience Online